In our day-to-day lives, our mental health is just as important as physical health, and we ought to be provided with the same level of support. And it’s good to know that fans received overwhelming support after Shawn Mendes announced he would cancel the rest of the tour planned for the U.S., U.K., and Europe due to mental health concerns.

The 23-year-old singer posted a text photo on social media with the message that he was struggling while on the World Tour and needed a bit of time off to recover. 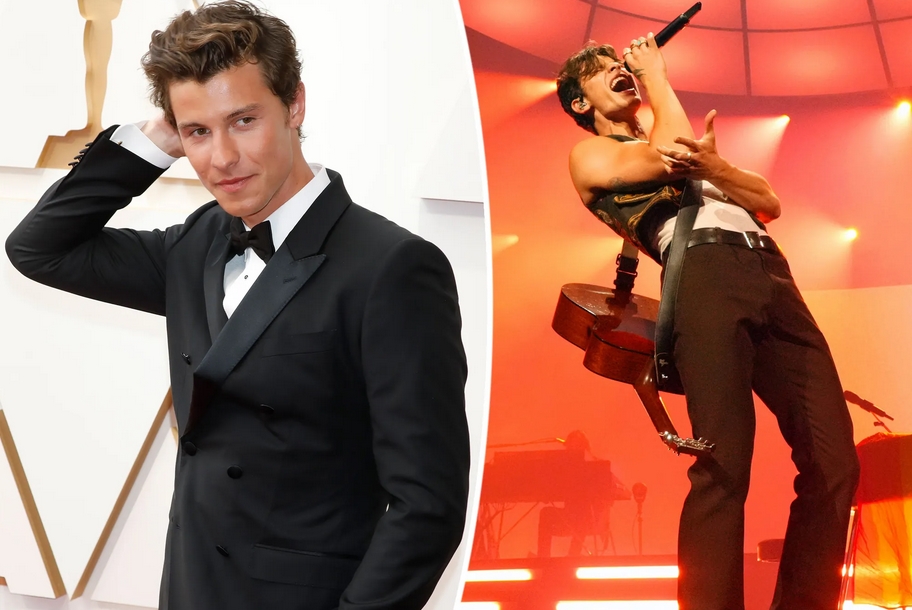 Shawn Medes has attracted millions of followers in the past few years with his melodic singing. Thousands of fans worldwide love the singer for the intoxicating Pop songs he sings and for his mastery when playing his guitar.

It is estimated that over 70 performances were cancelled worldwide, including four in Canada, two concerts in Toronto on July 31st and August 2nd and two performances in Montreal on August 15th and 16th.

It is believed that the scrapped concerts were scheduled to continue through mid-2023. The number of concerts he has performed in his tour to date is just seven, including shows in Vancouver, Calgary, Edmonton, and Winnipeg. 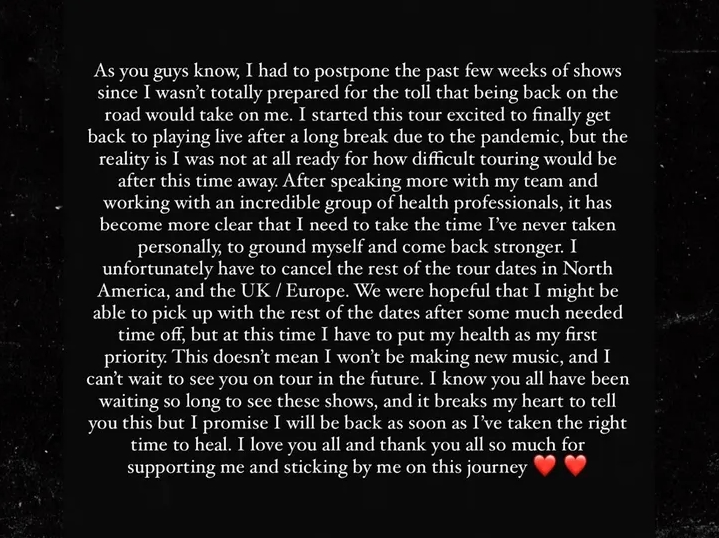 “After speaking more with my team and working with an incredible group of health professionals, it has become more clear that I need to take the time I’ve never taken personally to ground myself and come back stronger,” writes the 23-year-old singer in an official statement.

“I, unfortunately, have to cancel the rest of the tour dates in North America and the U.K./Europe.”

Since He Was 15, He Had Toured Steadily

At the beginning of the month, Mendes informed his fans of his plans to take a three-week break from his tour, postponing a string of shows in the U.S. after touring steadily since he was fifteen, claiming that he “had reached a breaking point” since he began touring.

It is no secret that the singer has struggled with mental health issues and has said that he hopes to be honest with others will help and empower them.

Despite the tour cancellation, Mendes assured his fans that his plans to release new music and perform on stage again in the future would not be affected by the revocation. “I promise I will be back as soon as I’ve taken the right time to heal,” he wrote.

He Opened Up About His Mental Health Struggles

He is well known for being upfront about his mental health struggles and has said that he hopes that other people will be empowered and helped by his honesty. 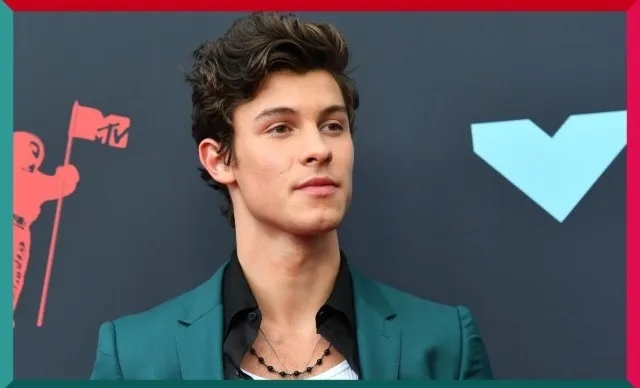 It was in 2018 when he spoke about writing music as a way of coping with anxiety in an interview with Tom Power, host of CBC’s q.

According to him, the only way progress is going to be made by allowing everyone to talk about it and by communicating about it openly and honestly. “It just becomes more of a normal thing, and hopefully in 10 years from now, nobody is worried about it”, he stated.

The cancellation of his shows is a bit disappointing, but it was important too since he had been concerned about his mental health. Hopefully, we can see him back on stage very soon as his fans pray for his mental health.