Shaquille O’Neal, the retired NBA star will be donating all the proceeds from his gig in Buffalo, New York to the families of the victims who died in the May Mass shooting which took place last month. 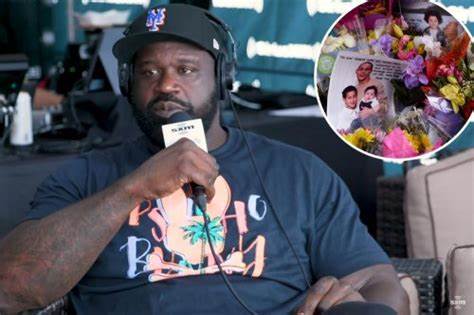 Shaq’s Fashion of Helping Others

The superstar who ventured into the music industry under the name of “DJ Diesel,” told SiriusXM’s Swaggy Sie that he will be pumping up the jams at his Bass All Starts concert in Buffalo which is to be held on Friday.

And in true Shaq’s fashion of helping others, he will be using this opportunity to help others along his way.

“My next show is in Buffalo,” he said. “I’m going to donate my proceeds to some of the family members that had a tragic loss.” He expressed this when he talked about his upcoming performance.

Shaq’s thriving music movement as DJ Diesel, which can be best described as a “music head who started dropping heavy-hitting bass music soon after he retired from Basketball in 2011,” has gone all the way to help the families of the 10 victims.

No one expected that lol pic.twitter.com/bqPjJwhgVS

O’Neal’s event at Buffalo will feature performances by DJs Herobust B2B Riot Ten, Jeanie and Crankdat.  “I never know what I’m going to play until I look at the crowd,” Shaq told Swaggy Sie of his pre-performance ritual. “The guy that goes on before me, I’m seeing what he’s doing and if the crowd is engaged. If you play a hit, you already know they’re going to like that.”

Last month, on the 14th of May an alleged gunman went on a racist shooting spree it claimed the lives of 10 people and three others were injured severely and everyone is trying to contribute in any manner possible even though we know these lives could never be compensated for.

This incident took place at the Top friendly Supermarket which was located in a predominately Black occupied part of Buffalo.

Shaquille and his Philantrophy

This donation to the families of the victims is not the first-ever such charity done by Shaquille, in 2021 it was reported that the 50-year-old NBA player NFT ventured to help charities.

OUR MISSION: to create pathways for underserved youth and help them achieve their full potential. We work to instill hope and bring about change in communities, collectively shaping a brighter future for our children. pic.twitter.com/tZSjMqLAdb

He helped the charities by raising $2 million through the sale of numerous NFTS which also included images of him in digital formats. All the proceeds from the sale of these NFTS we directed towards the “Shaquille O’Neil Foundation — an organization started to help underserved youth in the United States.” One of the NFTs which were sold showed Shaq in a Blue and Black Orlando Magic Jersey.

The @SHAQ Gives Back NFT Project

“If I see where there’s a need, I take care of it,” O’Neal said of his recurring philanthropic efforts.

It is people like him who are still making attempts to make this place a better one, where every other day we hear of an unfortunate shooting occurring. The contribution of this successful rapper and an ex-pro in sports is something that everyone appreciates.