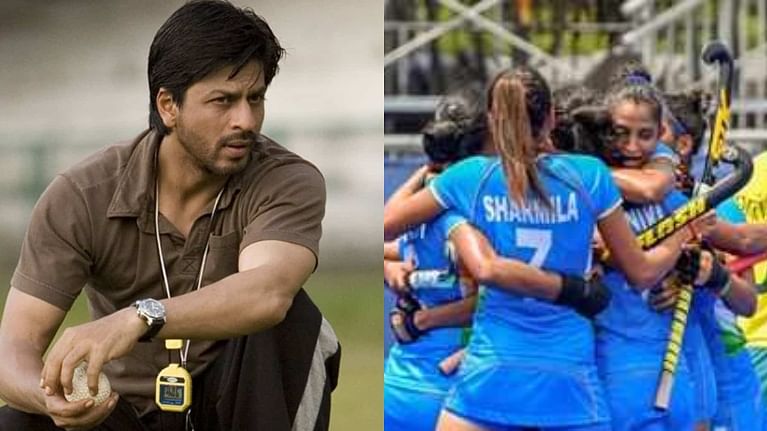 To the unversed, history has been created by the Indian women’s hockey team today at Oi Hockey Stadium as they defeated the Australian team in the quarterfinal of the Tokyo Olympics 2020.

After today’s win, Rani Rampal and her team have reserved a place for themselves in the semifinals against Argentina.

And this happened for the first time in Indian history. So definitely, happiness has no bounds for every Indian too.

And after today’s historic win, SRK, who portrayed the role of Kabir Khan, the coach of the Indian women’s hockey team in his movie, ‘Chak De! India’ sent a special reply to coach Sjoerd Marijne’s tweet. He tweeted to convey his best wishes to the Indian hockey team.

After winning the match today, the team seemed to be in the celebration mood with their coach Sjoerd Marijne.

And Marijne shared his joy by heading to his Twitter handle and posted a photo with the team. He captioned the picture as, “Sorry family , I coming again later.”

In response to the tweet, Shah Rukh replied by requesting the coach to get gold for billions of Indian fans. Here is what he wrote:

“Haan haan no problem. Just bring some Gold on your way back….for a billion family members. This time Dhanteras is also on 2nd Nov. From: Ex-coach Kabir Khan”.

Haan haan no problem. Just bring some Gold on your way back….for a billion family members. This time Dhanteras is also on 2nd Nov. From: Ex-coach Kabir Khan. https://t.co/QcnqbtLVGX

This followed one more reply from the Indian coach.

The last words of SRK’s message, ‘Ex-coach Kabir Khan’ has caught the eye of the real coach who gave a sweet reply back.

Marijne replied in a witty manner by writing, “Thank you for all the support and love. We will give everything again. From: The Real Coach”.

Thank you for all the support and love. We will give everything again.
From: The Real Coach. 😉 https://t.co/TpKTMuFLxt

And this tweet exchange between reel coach Kabir Khan (Shak Rukh Khan) and real coach Sjoerd Marijne has been breaking the Internet!

Not just SRK, but also the actors who were seen in the film ‘Chak De! India’ as hockey players took their turn to congratulate the Indian women’s hockey team for their huge win.

Sagarika Ghatge Khan headed to her Instagram handle and shared a post by writing, “The Indian women’s hockey team created a history today by entering the Olympics semi-finals for the first time. Congratulations to the whole team and more power to pyr women.”

Actress Vidya Malavade, who was seen as portraying the captain of the team in the film also posted on Instagram by sharing a photo of the reel vs real team.

She captioned the photo as: “My phone hasn’t stopped ringing since morning and I was just a part of the reel ..This .. These women are the real deal ..such pride .. such grit .. so much power.. Team INDIA Onwards and Upwards ladies ..#JAIHIND Here’s wishing Rani and her team all the very very best .. Go conquer girls.” 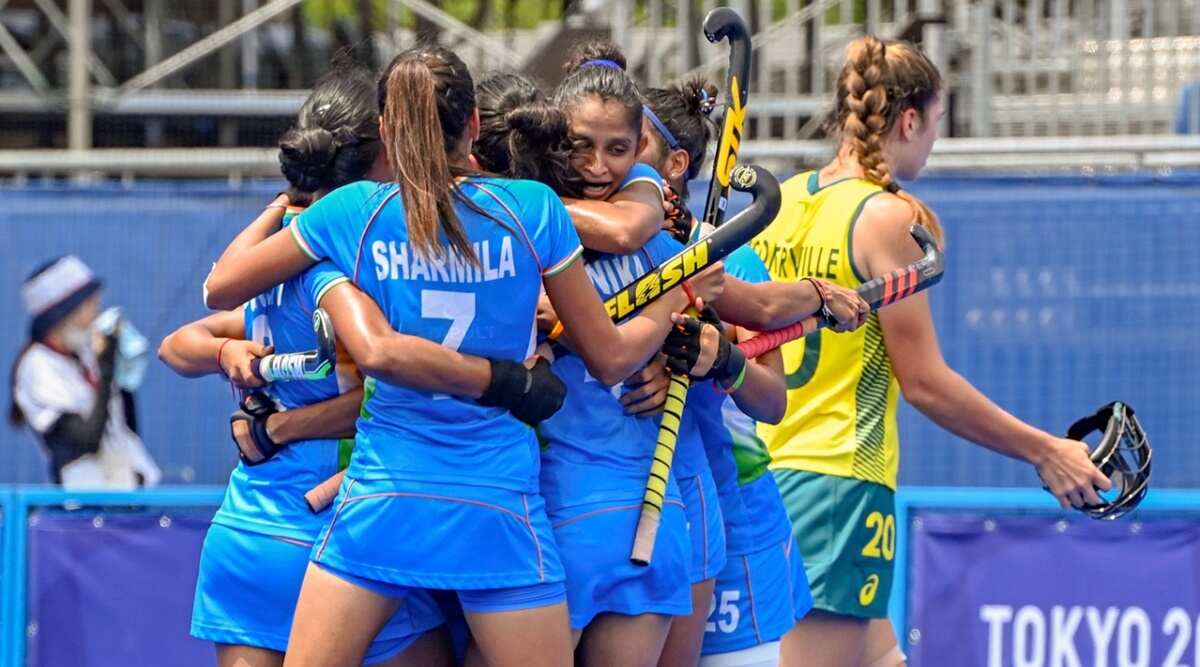 The Indian women’s hockey team led by Rani Rampal will be facing Argentina in the semi-final match to be played on Wednesday.

We also wish the Indian women’s hockey team Very Best for the Semis!