The 39-year-old took to his Instagram Story to wish Lily James a very happy birthday. He posted a black and white shot of the Pam & Tammy actress on the social media platform.

“HAPPY BDAY BEAUTIFUL TALENTED LILY JAMES. You changed the game”, he wrote in his Instagram Story. He also dropped a couple of red heart emojis afterward and tagged her. 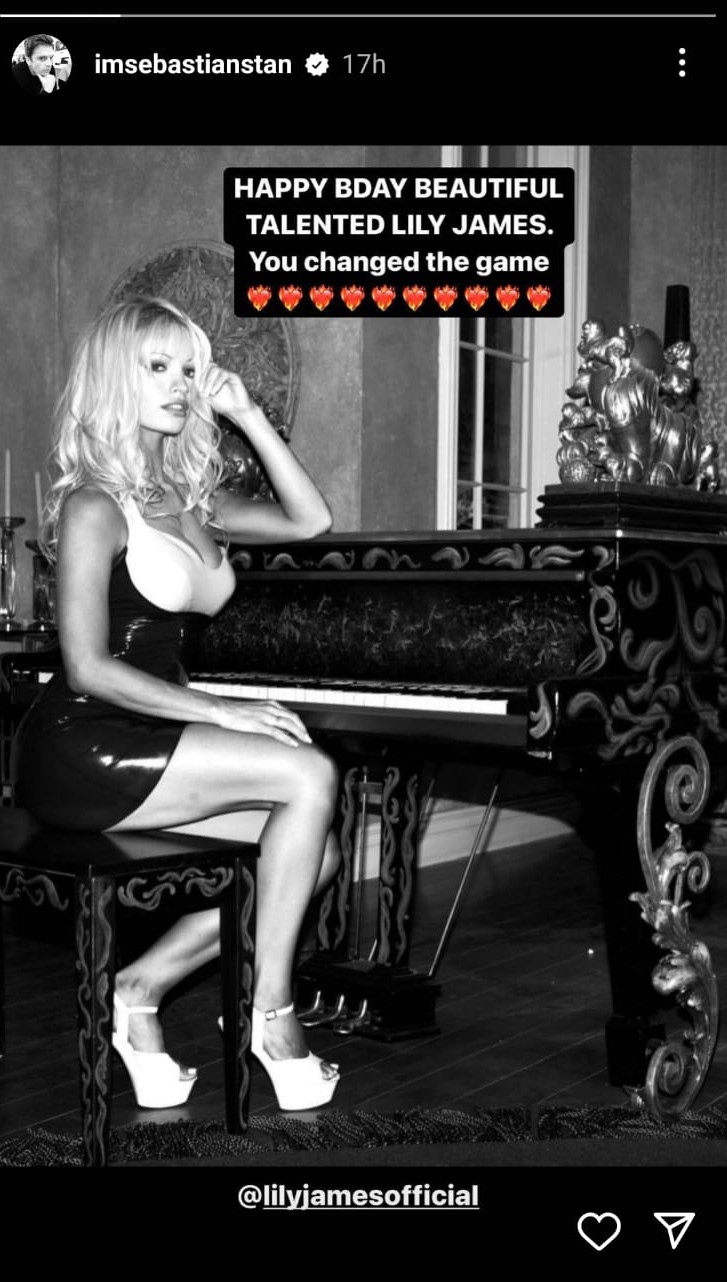 How did James respond to Sebastian’s birthday wish?

The 33-year-old replied to Stan’s lovely birthday wish on Instagram. She added his story back on her Instagram Story and wrote “YOU DID @sebastainstan,” She also posted a lot of fire heart emojis in the story. 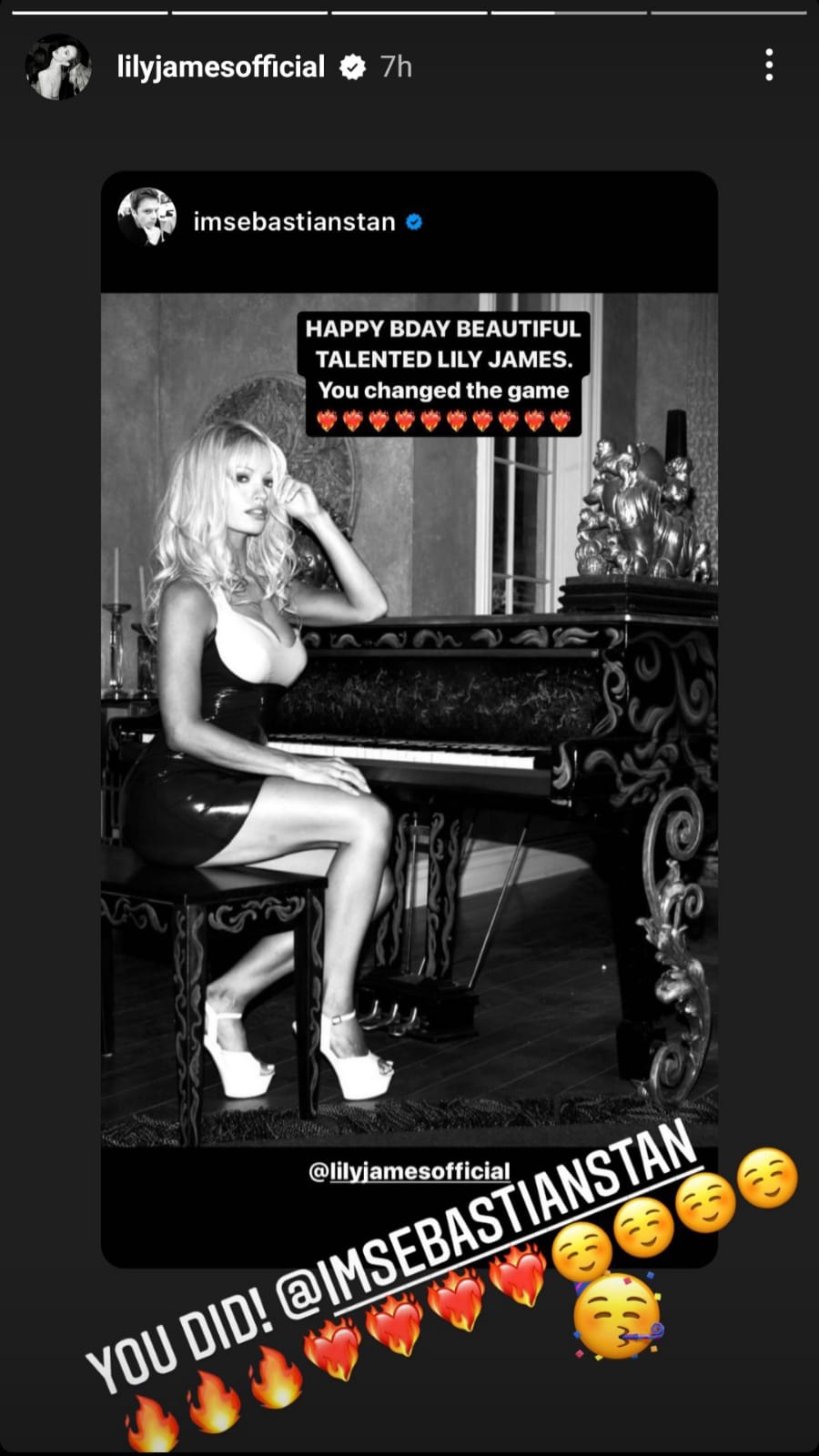 Lily and Sebastian have worked together in a series

We don’t know if something is cooking between Lily and Sebastian at the moment but one thing that we know is that they look pretty hot together. They have sizzling chemistry on-screen. James and Sebastian were cast alongside in the drama mini-series named Pam and Tammy. Stan played the role of Tommy Lee in the series. On the other hand, Lily portrayed the character of Pamela Anderson in the dark comedy.

What is the series ‘Pam and Tammy’ all about?

The show Pam and Tammy is based on Amanda Chicago Lewis’ 2014 article Pam and Tommy: The Untold Story of the World’s Most Infamous Sex Tape. The story of the show revolves around what happened when the honeymoon sex tape of Pamela Anderson and Tommy Lee is stolen and leaked to the public. 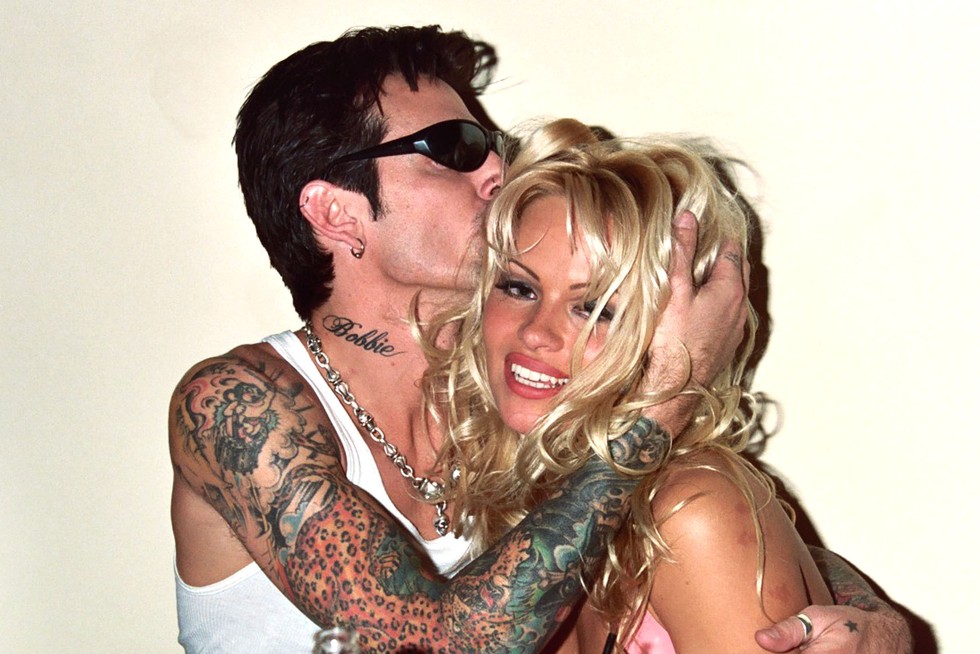 The first episode of the series saw the light of the day on February 2, 2022. Robert Siegel created the series for Hulu. It was produced by Point Grey Pictures, Annapurna Television, and Lionsgate Television.

How did the fans react to Sebastian wishing Lily on her birthday?

All the fans of Mamma Mia! Here We Go Again star visited the social media platform Twitter to wish and send best wishes to her on the occasion of her birthday and they surely paid attention to Sebastian wishing her on Instagram and they reacted to it.

One user wrote,” Lily reposting Sebastian’s birthday wishes to her via her Instagram story. She added, “ You did! imsebastianstan” So cute. 🥰#SebastianStan #LilyJames”

Lily reposting Sebastian’s birthday wishes to her via her Instagram story. She added, “ You did! imsebastianstan” So cute. 🥰 #SebastianStan #LilyJames pic.twitter.com/EJmN9m4pFL

Another fan wrote, “You changed the game.” “You did!”🔥❤️‍🔥 We’ve been saying it over and over but let me scream it again: Lily and Sebastian’s SUPREMACY! 👑 #lilyjames #sebastianstan”

"You changed the game."
"You did!" 🔥❤️🔥
We've been saying it over and over but let me scream it again: Lily and Sebastian's SUPREMACY! 👑#PamAndTommy #lilyjames #sebastianstan pic.twitter.com/Qxc5Gi2ErF

These were a few reactions of the fans to Sebastian wishing Lily a very happy birthday.

We wish Lily James a very happy birthday, may she get all the love and happiness in the world. We hope that the actress continues to surprise us and her fans all over the world with some amazing performances in the future as well. Don’t forget to stay tuned with us for the latest updates from the world of showbiz.