Released 25 years ago in the year 1996, Super Mario 64 is among those OG games that we have grown up playing. But can you spend $1.5 million from your pocket to buy one of its copies? The answer will be probably no. But recently somebody just did, paid 1.5 million dollars for a copy of it.

Last Sunday, a highly rated and completely sealed copy of Super Mario 64 was sold at Heritage auctions for an unbelievable price of $1.5 million. The $1.5 million price tag beats the previous record for a video game to be sold at the highest price in an auction. Previously, the record was held by an ultra-rare copy of The Legend of Zelda. Surprisingly, the record was set just a few days ago. The rare copy of The Legend of Zelda was sold for an unimaginable sale price of $870,000 on July 9.

As per the reports, an unopened copy of Super Mario 64 received the highest bet of $1.5 million and was sold at the same. The selling took place at Heritage Auctions, the same place which has already witnessed various records being set, as mentioned above. 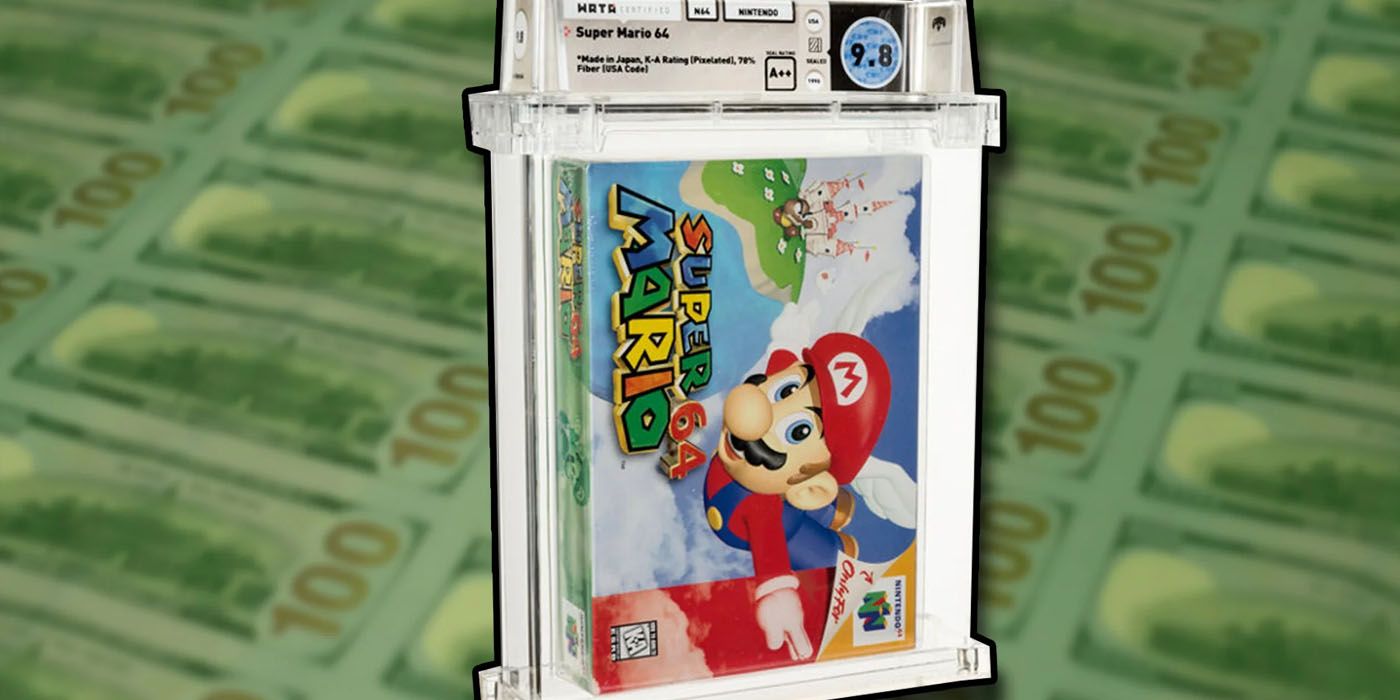 Sold copy is being claimed as one of only five unopened copies of the Super Mario 64. The game has been given a rating of 9.8 on the WataScale (9.8 indicates that the game is in its best condition), a platform that measures the actual value of video game copies at auction. The auction lasted from July 9 to July 11, and even before being sold at $1.5 million, the Super Mario 64 was looking in the mood of settings some record, as the beating starting price was $100K.

The auction was the best way to celebrate the 25th anniversary of Super Mario 64, and it is one of the many milestones achieved by Nintendo since its launch.

Heritage’s description reads, “Well we are a bit speechless on this one. What can we even say that would do this copy the justice it deserves? The cultural significance of this title and its importance to the history of video games is paramount, and the condition of this copy is just so breathtaking that we are really at a loss here. If you have had your heart set on obtaining the highest branded copy of the single best selling video game on the Nintendo 64 — the first 3D adventure of Nintendo’s mascot, Mario — we only have one piece of advice: this is not an opportunity to waste”

Super Mario 64 is the first Super Mario game to feature 3D gameplay. Nintendo also released a remake of this game back in 2004, which was followed by Super Mario 3D: All-Stars that was released in 2020.