Sandra Lee Christiansen popularly known as ‘Sandra Lee’, is well known for being a chef and an author. She was born in 1966 and brought up in Santa Monica, California. Lee is the daughter of Vicky Svitak and Wayne Waldroop. She has been a part of many cooking shows.

The culinary show host underwent a hysterectomy surgery on Tuesday. In the past, she was diagnosed with early-stage breast cancer. It was a really hard time for Sandra. It’s been one hell of a ride for her. 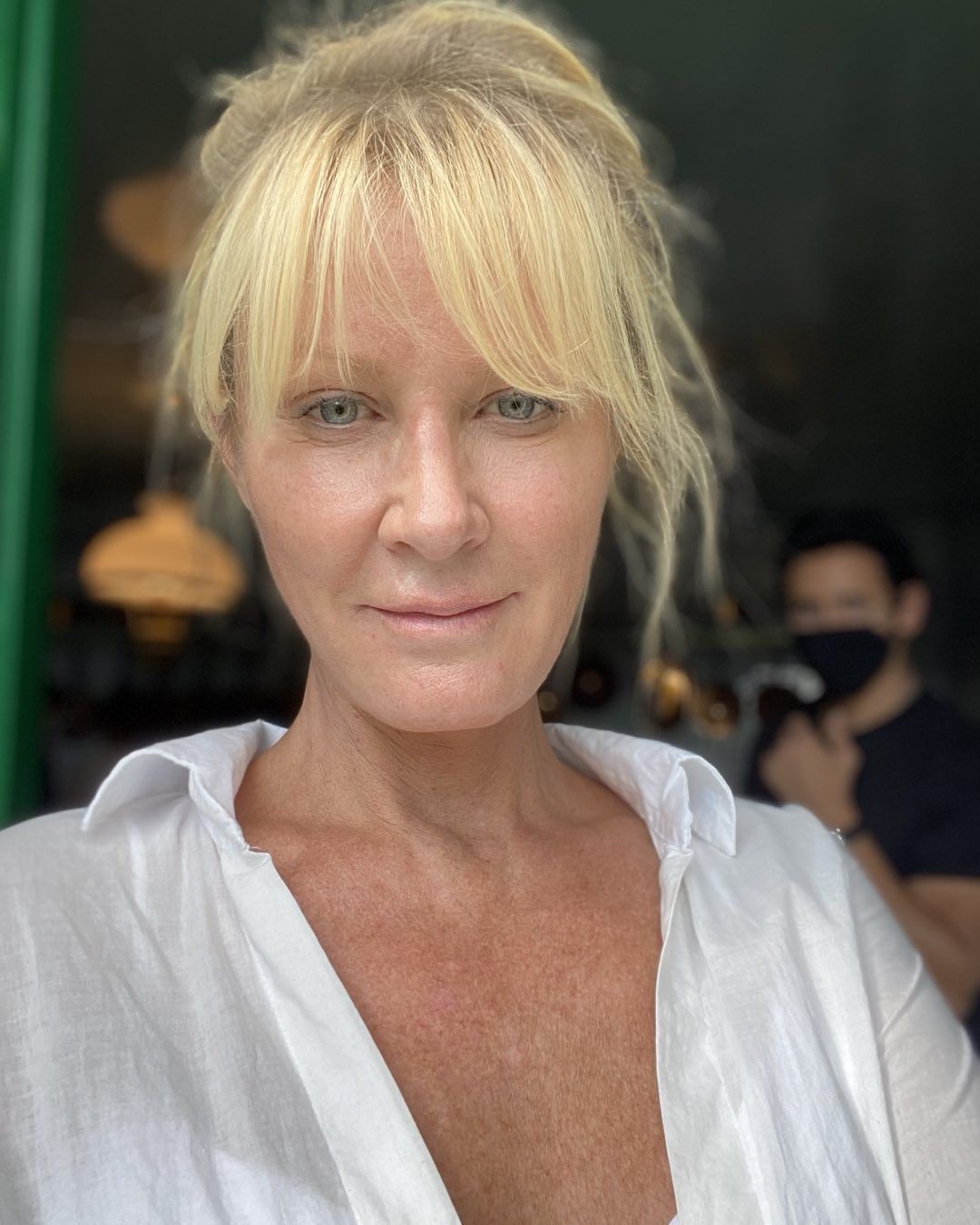 Recently, Sandra went for hysterectomy surgery. The date of her surgery was March 1, 2022. As per the reports, during the surgery her fiancée Ben Youcef was with her in the hospital. It is stated that the lifestyle guru got strength from the journeys of Hollywood celebrities like Angelina Jolie and Amy Schumer.

Both Angelina and Amy have been very open and candid about their medical problems in the past. For a long time, Sandra was contemplating getting the surgery done and she even disclosed that she was ready to be operated but then everything came to a standstill when Covid hit all of us. 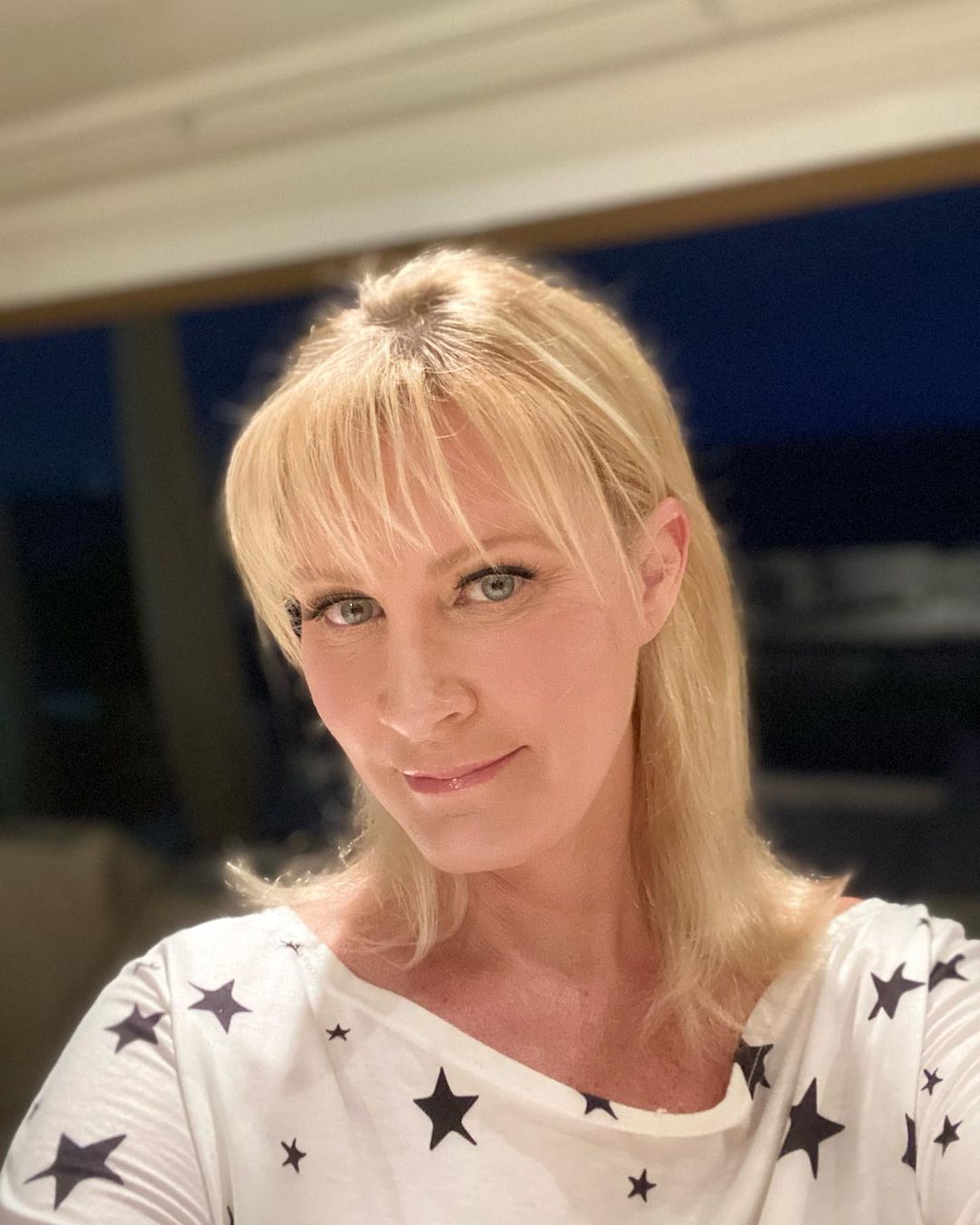 One day, Lee went for a regular check and she said, “Fast forward to now, during a routine appointment with my gynecologist, she noticed a change in some of my cells. I went for a second and third opinion and they all confirmed the same.” And since then, the hospital became her second home, as she had to visit the hospital at regular intervals for check-ups.

The 55-year-old took to her Instagram handle to share the news regarding her hysterectomy surgery. Sandra penned a long caption in which she stated how earlier she was afraid to undergo surgery. In the past, Lee got a double mastectomy after the surgery she got an infection.

She wrote, “Over the last few years I have watched and admired the grace of other women who went public with their own health decision while I sat on the sidelines in awe and with a bit of fear. Brave women, like my friend’s mother who sadly had lost her battle with breast cancer after it had spread to her ovaries. I admit, I am a little embarrassed that I hadn’t had the courage to get this final stage done until now.”

She further added, “I am scared but also happy to be getting this done- strength and courage! We must always remember to have strength and courage. Hopefully this will encourage anyone who needs to get a concerning procedure done to take the opportunity now so you can live as happy and healthy as possible.”

Sandra also asked her fans to keep her in their prayers as she was going through a life-changing surgery. She continued, “We must all live our best lives every day and in every way. With that I send you all the love in the world, your well wishes and prayers are appreciated more than you know.”

When Sandra got a double mastectomy, she was with her partner Andrew Cuomo. The duo was together for a couple of years. They parted ways in the year 2019. At the time, Cuomo supported her during her difficult surgery.

Since that time, Lee has undergone multiple surgeries to reconstruct her breasts but even the surgeries had to be paused because she acquired an infection from the surgery. 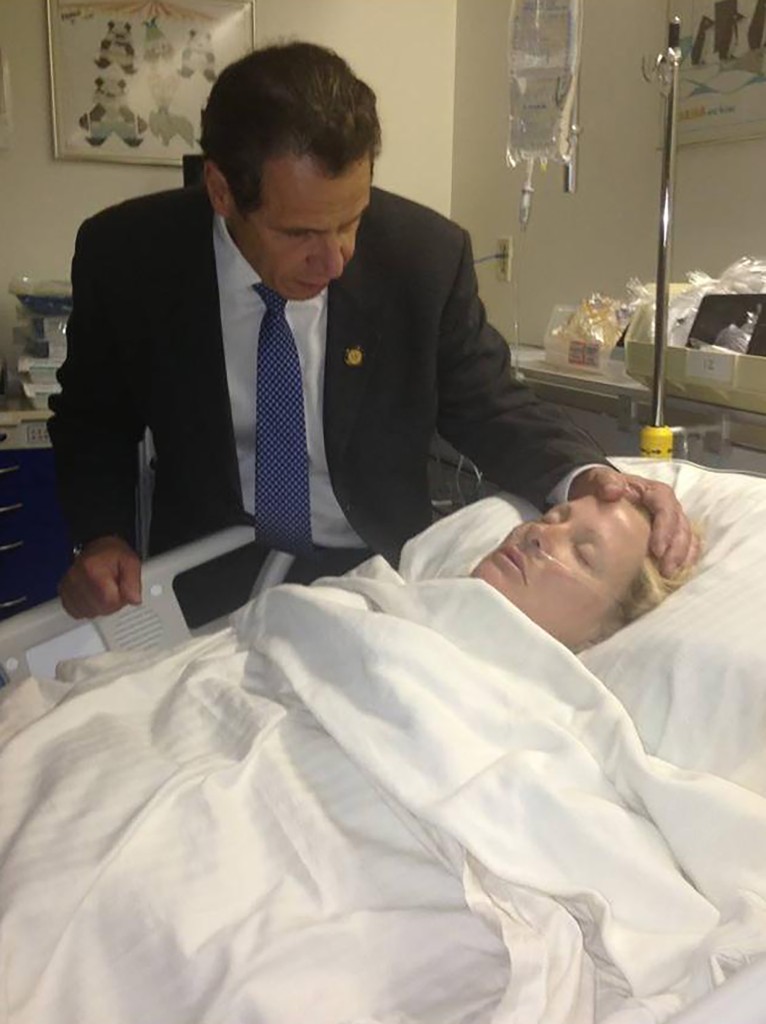 Sandra began the procedures for reconstruction of her breasts in 2016 and she described the process as “difficult”. During an interaction with People in 2016, she said, “It’s a really intense thing, having that operation. Being put out, it’s lights out. You go, ‘Oh God, please sweet Lord, take care of me while I’m here.’”

In 2018, she told the outlet, “Early diagnosis just gives you the opportunity to be the most aggressive that you can be … it’s the best treatment.” Her former partner Cuomo was there with her in the hospital during her double mastectomy surgery.

Was there a movie made on Sandra’s battle with cancer?

Yes, the cooking expert decided to share her story with the rest of the world. In 2018, She gave her nod to HBO’s documentary. The movie was titled, “RX: Early Detection, A Cancer Journey with Sandra Lee.”

The documentary is 39 minutes long. In the film, we get to see the Emmy-winning TV host fight through cancer. One day, she gets bad news after a routine check-up. She found out that she had breast cancer. The film has been directed by Cathy Chermol Schjrijver.

The film also premiered at the Sundance Film Festival in January 2018 and the 2018 Tribeca Film Festival and it was released on HBO in October 2018. Later, Sandra also began a production company of her own.

How long have Sandra Lee and Ben Youcef been dating?

Youcef is an Algerian actor and producer by profession. Sandra and Youcef started dating in the year 2021. The star wished her boyfriend Ben on Valentine’s day through social media. It looks like Sandra has found her happily ever after with Ben. The couple seems ‘Happier Than Ever.’ 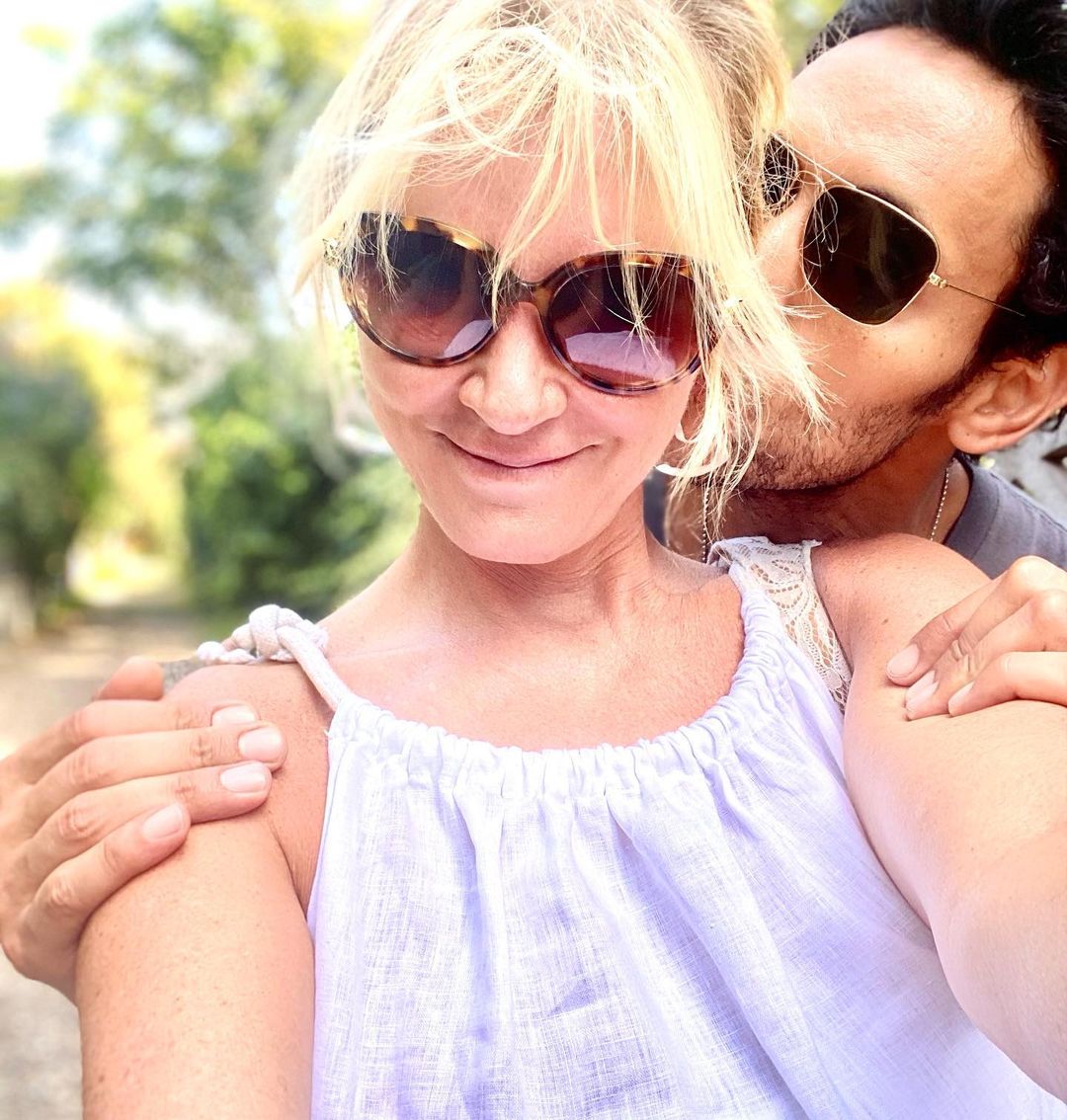 She wrote a beautiful message for her beau on the occasion of Valentine’s day, that read “So this happened! Ben happened! Love happened! Happiness happened! I was certain it never would again. I was shocked when it did.”

Lee continued, “I swore I would never fall again, trust again, love again or open myself up again…On our one year anniversary I shall share the story of how we met but until then, my wish for you is that no matter where you are, how old you are or what has happened, you can welcome hope back into your life again.” 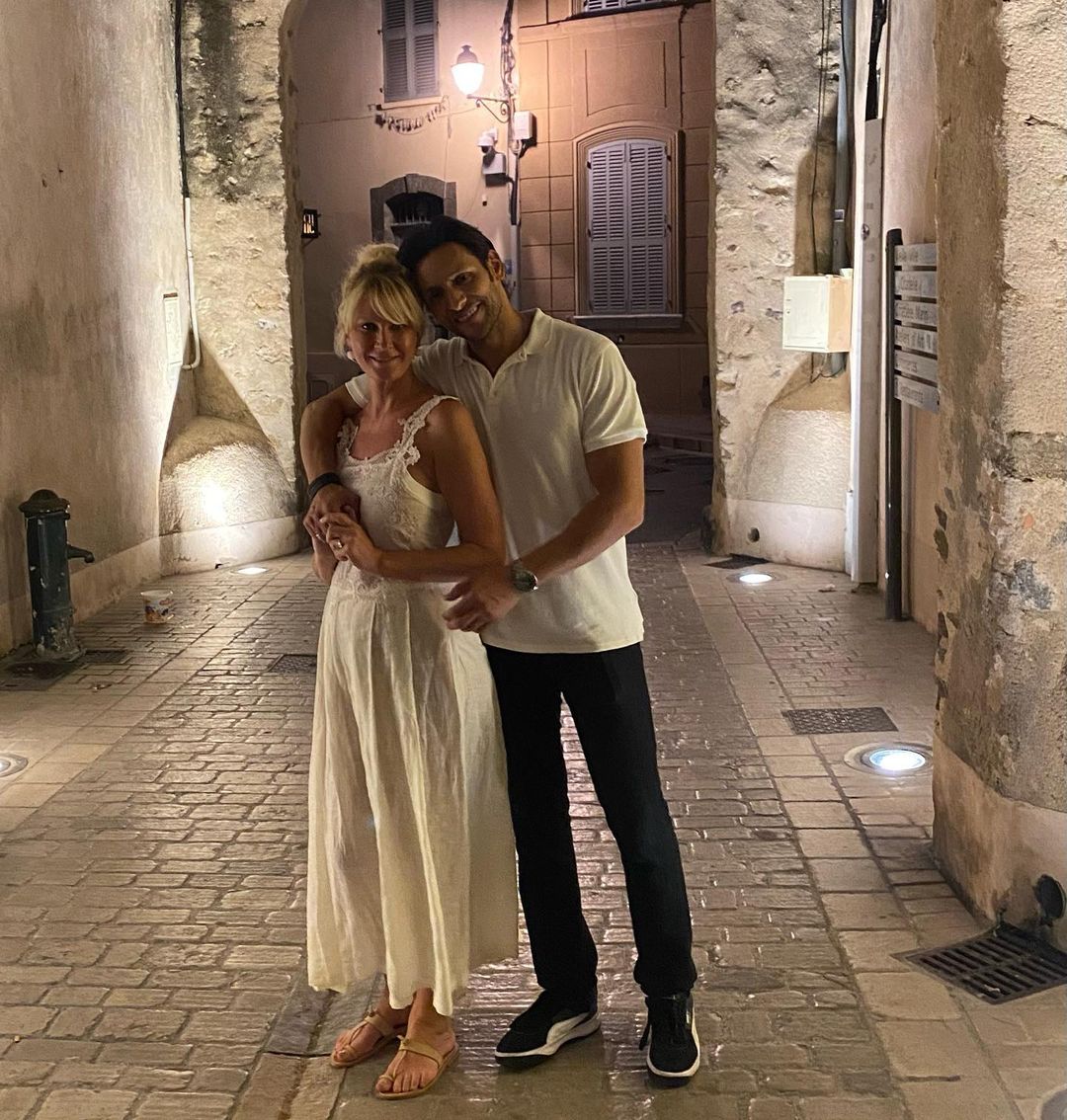 By sharing her journey with the world, Sandra continues to motivate and inspire people who are going through similar situations to date. It takes a lot of guts to share your hardships with people. Lee is one strong woman. Stay tuned with us for more updates.