Bigg Boss 14 winner and popular television actress Rubina Dilaik leaves no opportunity to impress her fans. Rubina, who is a fitness freak keeps sharing her workout pictures on social media too.

Time and again, she has proved how important it is to be fit and healthy! Also, she has been giving us a couple of goals too several times. 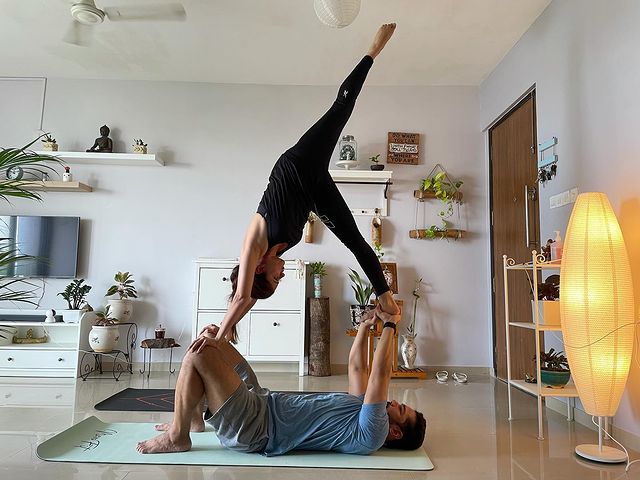 And today, the television actress again took to her social media account and shared her pictures wherein we can see her doing yoga asana with her loving hubby Abhinav Shukla.

And after seeing those pictures of hers, fans simply can’t stop adoring her and commenting on her posts! 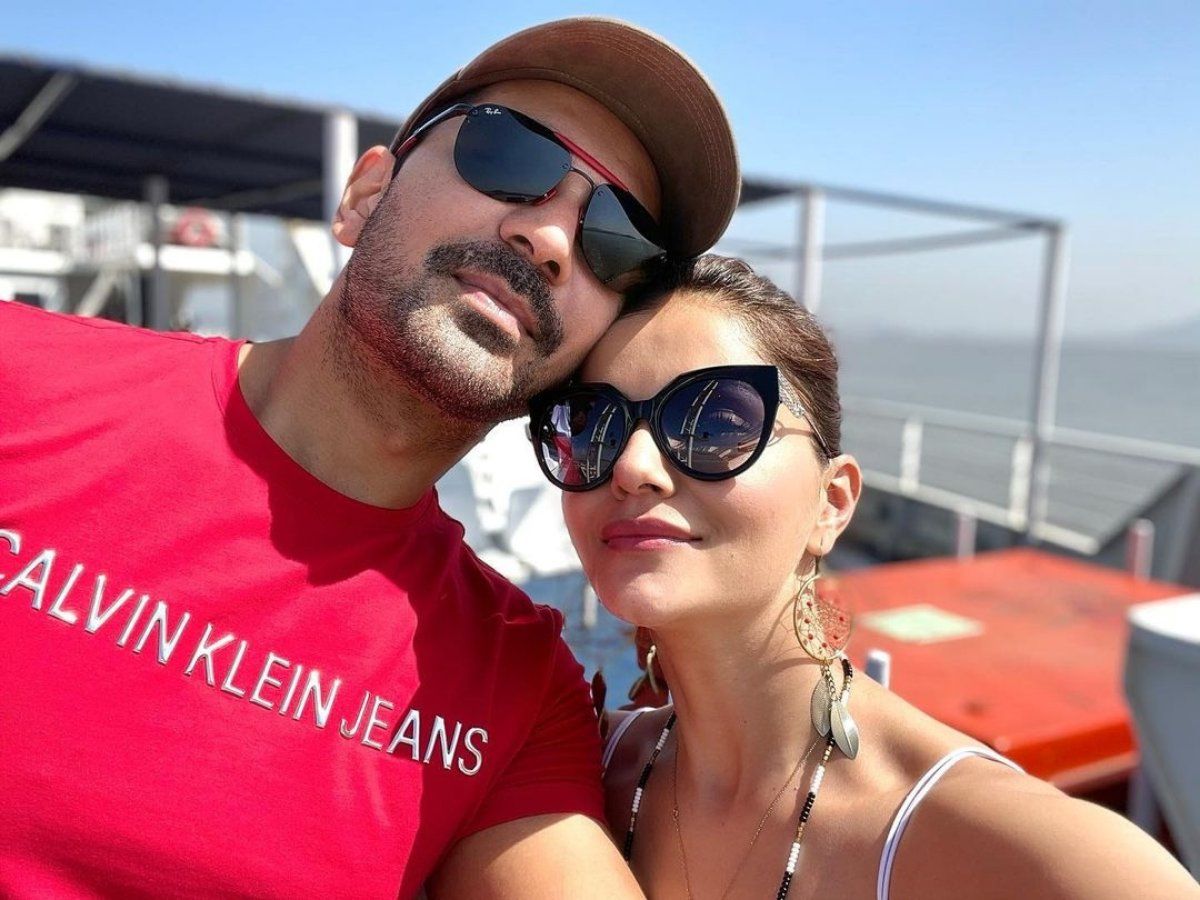 Rubina Dilaik took to her Instagram handle on July 27, Tuesday and shared two pictures with Abhinav Shukla. The actress is seen stretching with her husband while practicing yoga. Rubina is seen donning a full black outfit whereas Abhinak is seen in shorts and a blue T-shirt.

She captioned the pictures as, “Stretch it out bae bay………”

In one of the pictures, we can see Rubina balancing herself over Abhinav with one foot placed on his hands whereas her hands are placed on his knees.

It actually seems to be a perfect couple yoga pose!

And after this post, it seems Rubina and Abhinav are setting new couple goals even in doing yoga. The post is being liked by her friends and fans.

Rubina Dilaik also shared on her Instagram handle on July 26 that she and her hubby will be soon seen in a new music video. The actress shared the first look of her upcoming music video and revealed the singer as Vishal Mishra.

She shared a picture of hers with hubby Abhinav Shukla and wrote, “Your guesses were bang on. We @ashukla09 worked on something VERY special, Our latest song in the beautiful voice of @vishalmishraofficial. coming soon on @vyrloriginals. #staytuned. (sic)”

Rubina Dilaik rose to newer heights of popularity after her participation in the popular controversial television reality shows Bigg Boss last year. She joined the show with her husband Abhinav Shukla. Rubina received immense support from her fans on social media which helped her in bagging the Bigg Boss 14 title.

Rubina and Abhinav tied the knot in the year 2018. The couple was also seen together in a music video ‘Marjaneya’ post their Bigg Boss appearance.

On the work front, Rubina Dilaik who was crowned as ‘Bigg Boss 14’ winner is currently seen in the popular Colors TV show Shakti – Astitva Ke Ehsaas Ki, portraying the role of Saumya.

So, what do you think of this perfect couple asana by Rubina Dilaik and Abhinav Shukla? By the way, if you have a partner, give it a try!