Ross Mathews, an American television host, and personality married his fiancé Dr. Wellinthon García, a Long Island educational administrator on 7th May 2022 in a beachside ceremony in Mexico. The 42-year-old host who gained prominence as an intern and a correspondent for the late-night talk show, “The Tonight Show” tied the knot at Almar Resort in Puerto Vallarta, Mexico.

They decided to marry at this resort as they met at this place two years ago. The couple exchanged vows in the presence of 110 guests who came to bless the couple.

Matthews said, “It was a destination wedding. So we invited 130 people, thinking maybe 50 people would come. But 110 people came — and I’m thrilled!”. 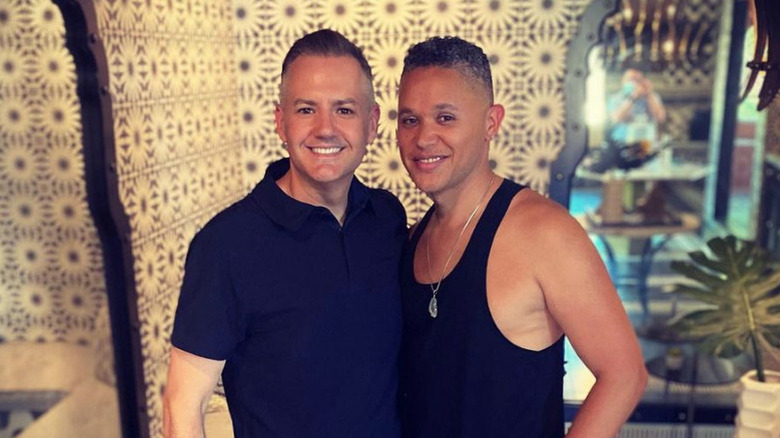 While Mathews resides in Los Angeles and Garcia stays in New York, they were finding it tough to decide their place of marriage.

Matthews said, “It caused me such anxiety. But Drew Barrymore told us, ‘Do it where you’re supposed to do it, and the people who are supposed to be there will be there. So we chose the place where we first met.”

Their best friend and boss, Drew Barrymore not only came to the wedding but also was the couple’s flower girl according to the People.

Speaking about Drew Barrymore Matthews said, “She changed my life when she asked me to join her show because it brought me to New York where Wellinthon lived. One day we were doing a story about weddings and she asked me, ‘Are you going to have a flower girl at my wedding?’ And I’m like, ‘Why? You want the gig?'” Just a few weeks before the Coronavirus pandemic created havoc all across the world, Mathews met Garcia in 2020 during his vacation to Puerto Vallarta, Mexico. They both dated for months and eventually, Mathews proposed to Garcia last year.

Mathews discussed their relationship candidly in public forums. Mathews desire to empower fellow LGBTQIA+ individuals who can seek inspiration from successful love stories in the media. 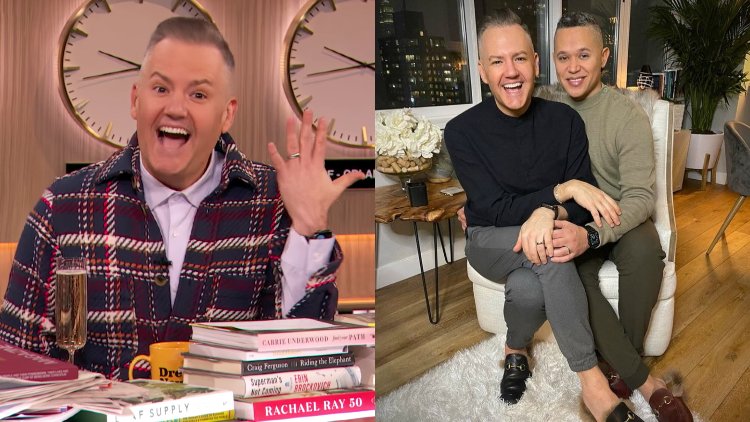 Their couple “chic, tropical and festive” nuptials were planned by celebrity event planner Michael “Mikie” Russo. As soon as guests arrived at the venue they were gifted bags of skincare products from Mario Badescu like toner, facial SPF, and lip balm.

García’s father represented the couple’s parents and his sister, Racquel, served as the pride of honor. Mathews’ brother, Eric, served as the best man and their nephews took the responsibility of the ring bearers.

“We’ll spend a few days in Puerto Vallarta with all our guests. Afterwards, we’re going to Las Alamandas resort. It’s remote, just outside of Puerto Vallarta. We’ll stay there for a few days,” Mathews shared with People.

Speaking about their post-honeymoon life, he said, “I don’t know what happens next, but I know we’re going to be happy. This is the beginning of something amazing”.

After the ceremony concluded, the guests dined on mouth-watering delicacies like bruschetta, sashimi, fresh fish, beef, and salad. There was also an assortment of options for Vegans as well. Local artists performed during the reception.

Congratulations to the newlyweds as they embark on their new journey!

Stay connected so that you do not miss any update from the world of entertainment.