American rapper Isaiah Rashad performed at the 2022 Coachella. The 30-year-old star who is signed to the SoCal label Top Dawg Entertainment played a prerecorded video before his Sahara Tent set. The House is Burning artist opened up for the first time about his alleged sex tape that was released to dismantle his career. The unauthorized video contained media commentary and voiceovers. Read on to know more.

Isaiah Rashad thanks fans for all the support at #Coachella

"I see all the messages and all the positivity… Y'all kept me alive these last couple months." ♥️

Isaiah Rashad told his fans that the alleged sex tape was released without his consent to humiliate him. In an emotional tone, he revealed to a crowd of around 125,000 attendees that fans’ support has been his lifeline.

A video regarding his revelation went viral on social media. The Sun’s Tirade artist said, “I see all the messages and all the positivity. Y’all kept e alive these last couple of months. The alleged video features voiceovers from Akademiks, Joe Budden and The Game who can be heard speaking about the fate of Rashad’s career. 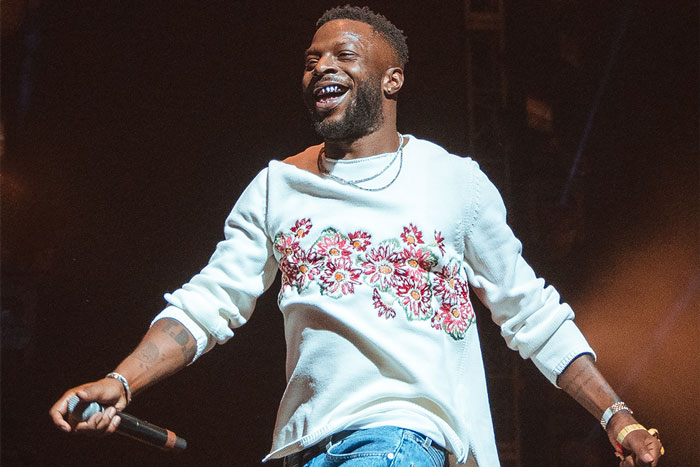 One voice said “The purpose of doing that was to embarrass him. However, it backfired.” Another voice in the clip can be heard saying, “When his video leaked, his streams and everything went up. He’s up on the charts now.”

After addressing his sexuality, Rashad went on playing a typically incendiary set which included his 2021 LP “The House is Burning” and the 2016 LP “The Sun’s Tirade”. An elated crowd cheered to his songs like “Lay Wit Ya”, “Rope// Rosegold” and “RIP Young”.

Another video other video includes The Game stating, “‘N****s be like “Yo Rashad, he doing this, he doing that. Bro, why is you so worried about what another man is doing?Rashad?”

Rashad’s music is characterized by his woozy, nostalgic tone and conscious lyrics touching on subjects like family, depression and drug addiction. In a 2014 interview, he revealed that he had suicidal tendencies at the age of 19 and tried attempting it multiple times. In February, an explicit unauthorized tape went viral which included the TDE rapper indulging in sexual acts with two men. The sex tape became a trending topic and was leaked to defame Isaiah.

However, things turned in his favour, thanks to the dedicated fanbase. Many artists and fans came forward to support the 30-year old rapper even though some reached out with homophobia. 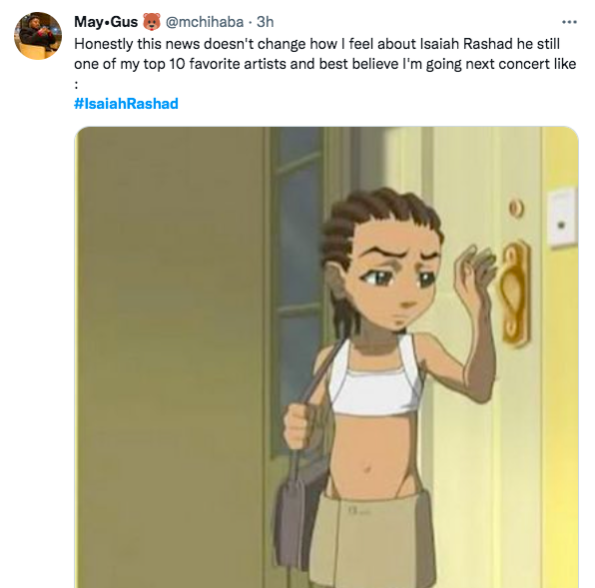 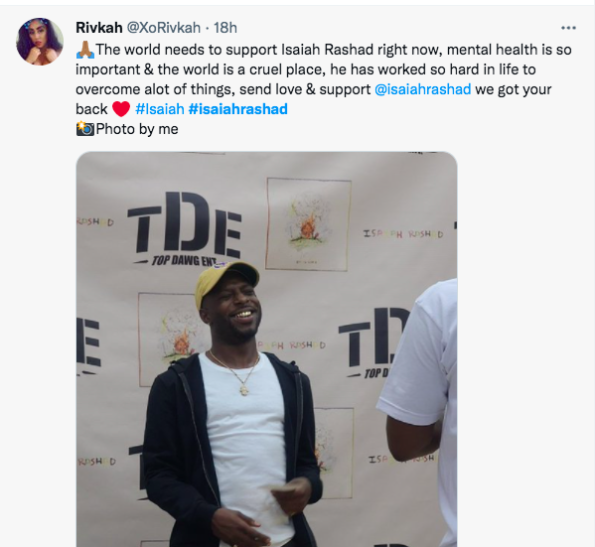 Isaiah Rashad was born in Chattanooga, Tennessee. He briefly dreamt of becoming a preacher. Rashad’s interest in rap style was awakened by his brother who lent him a copy of OutKast’s AtLiens in junior high.

Isaiah is a founding member of the Chattanooga hip hop collective that includes rappers like Michael Da Vinci (MikeyD), Chris P, Brian Brow and YGTUT. Rashad credits OutKast, Scarface, Jay-Z and Lil Wayne as the biggest influences on his music.

The Coachella stage was set on fire after TDE signee Doechii joined Rashad for “Wat U Sed”. This was an unforgettable evening for his fans as Rashad addressed this controversy. Isaiah currently has 733k followers on Instagram and his fan’s support means a lot to him. What do you think about his confession?