Ranveer Singh fans, hold your breath for a while as we reveal to you that your favorite actor is all set to make his small screen debut this time. Ranveer Singh will be soon seen on Colors TV in a visual-based quiz show ‘The Big Picture.

The teaser of The Big Picture show has been launched on Saturday, July 3 by Colors TV. Ranveer Singh also shared the teaser of his upcoming debut TV show on his Instagram account. We can see the actor giving a small introduction to the show in the promo where he also speaks about his popular onscreen characters. 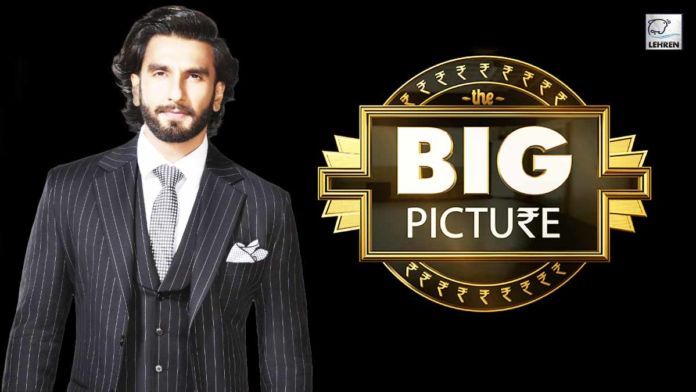 In the teaser of the show, the Bajirao Mastani star describes the format of the quiz show. He starts by talking about his different on-screen characters from his popular movies starting from Bittoo Sharma of Band Baaja Baaraat to Khilji of Padmavat, and even about the audience seeing him as a ‘lover’ boy at times and ‘sakth’ some other time. We can also see the stills of all these different roles in the background as he speaks. 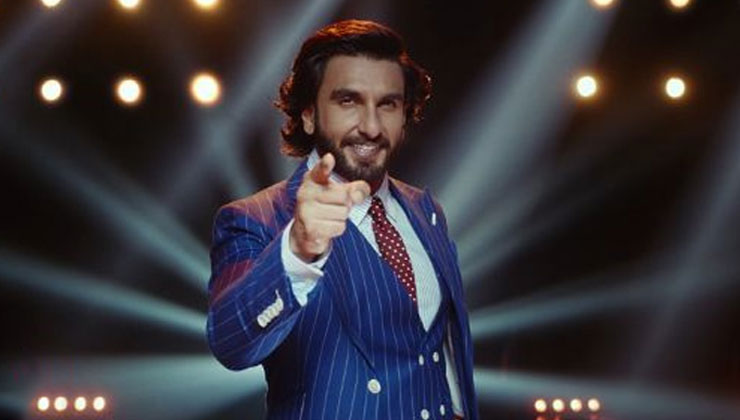 The ‘Gully Boy’ actor later speaks about the upcoming show The Big Picture. He said that the contestants will be facing questions in the visual form (in the form of pictures) and answering them can help them win in crores.

Speaking about The Big Picture, it will be based on the concept of knowledge and visual memory. There will be twelve set of questions to be answered by the contestants for which they will be provided three lifelines as their helping aid. To make it simple, answer more to win more. The interesting thing about this quiz show is that you can participate, play and even win prizes by answering the questions by just sitting at your homes.

The show which will be aired on Colors Channel will also be available on Voot and Jio TV. It is expected to hit the TV screens in August, although no official details have been revealed so far.

After the release of the show’s teaser along with pictures, there has been a lot of buzz and excitement among the fans on social media. Fans have been waiting eagerly to watch their favorite actor on screen whom they did not see since Ranveer Singh’s last release Gully Boy in 2019.

Speaking about his small-screen venture, Ranveer Singh, who will be hosting the show, said, “In my journey as an artist, the urge to experiment and explore has been constant. Indian cinema has undeniably given me everything – it’s been a platform for me to excel and showcase my skills as an actor, and I have been fortunate to get immense love from the people of India. Now, I look to connect with them in an extremely unique and engaging way through my television debut with Colors’ The Big Picture. The proposition of introducing India to a ‘now’ generation quiz show sealed the deal for me. I am delighted to associate with COLORS to bring alive this exciting new property.”

Colors Channel has joined hands with Bollywood star Ranveer Singh to come up with this unique quiz show The Big Picture. Colors TV, which is India’s leading Hindi Entertainment channel has got the rights for one of the most unique quiz shows, BYJU’S presents ‘The Big Picture . The channel associated with Banijay Asia and ITV Studios Global Entertainment B.V. to come with this quiz show, which is said one of the biggest quiz shows. This visual-based quiz show which is said to be something different is expected to revisit the concept of game shows in India. 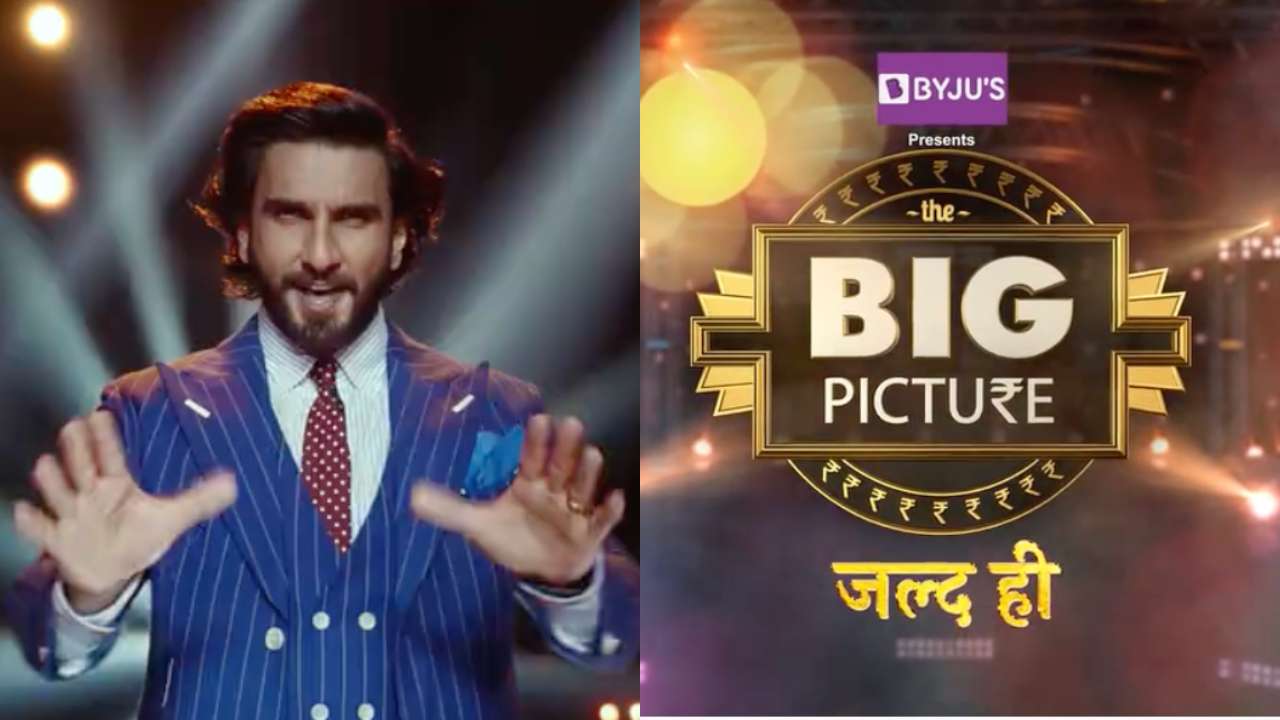 Nina Elavia Jaipuria, Head, Hindi Mass Entertainment and Kids TV Network, Viacom18, said, speaking about the show, said, “At Colors, it has been our constant endeavor to tread beyond the conventional to provide premium variety content. With a view of bringing new and enhanced entertainment experience for our viewers, we have over the years pioneered diverse genres that include dance reality shows, talent-based shows, stunt-based shows, and voyeuristic content. Breaking new boundaries of entertainment, we are extremely excited to announce one of the biggest and differentiated quiz show – The Big Picture. We look forward to presenting this extremely unique proposition to our viewers which will be helmed by superstar Ranveer Singh. He is a maverick youth icon, who has carved a niche through sheer hard work and excellence of his craft. His youth appeal makes him an instant fit for the show and we are certain that his exuberance and charm will captivate the people of India.” 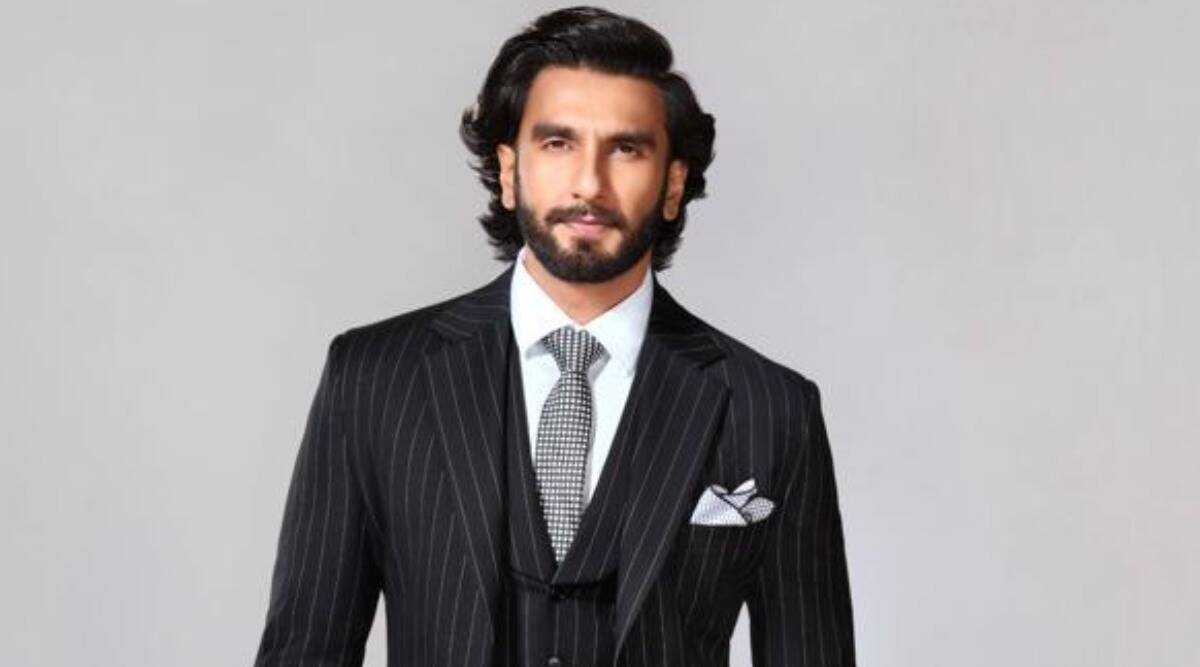 Manisha Sharma, Chief Content Officer, Hindi Mass Entertainment, Viacom18, said, “With ‘The Big Picture’, we are entering an exciting new territory and introducing a fresh new international format on Indian television. What stands out is the show’s simple yet focused format based on visuals, interesting lifelines and enhanced interactivity interface for the viewers. Visuals are a powerful medium, one that the new age India best connects with. This concept will not only provide viewers with a platform to test their visual knowledge but also give them a chance to win Big. We are delighted to work with Banijay Asia and extremely excited to welcome the youth icon Ranveer Singh to the Colors family.”

Speaking about the show, the founder and CEO of Banijay Asia, Deepak Dhar, further said, “Banijay is known for bringing exceptional content, original or international adaptations/acquisitions to its audiences in the country. We are delighted to kick off our partnership with Colors with the internationally acclaimed ‘The Big Picture’ and are confident that its unique format will garner as much attention in India as it did internationally. Working with a powerhouse like Ranveer Singh is an exciting feat in itself and we are looking forward to creating some quality content that stirs excitement and engagement at the same time.”

Lastly, Ayesha Surty, SVP licensing at Global Entertainment, ITV Studios, commented, “We’re thrilled to have this exciting format in India following other ITV Studios formats like ‘The Voice’ and ‘I’m A Celebrity..Get Me Out Of Here’. ‘The Big Picture’ brings in viewers from home as active participants and sees the return of ‘feel good television’, enhancing family viewing. We couldn’t have asked for a better platform than Colors TV or a more captivating host than Ranveer Singh to bring alive this highly energetic and enthralling show.”

Coming to Ranveer Singh’s big-screen life, the actor already has films ’83’ and ‘Sooryavanshi’ which are all set to hit the theatres. The other movies in the pipeline for the actor are Jayeshbhai Jordaar, Cirkus and the Anniyan remake. The actor is also slated to come up with a big-budget adventure show for which he has teamed up with Bear Grylls. Netflix will be streaming this adventure show.