Bollywood star Ranveer Singh made sure every head turn towards him when he attended the launch event of director Shankar’s upcoming film RC 15 starring Ram Charan and Kiara Advani on September 8. 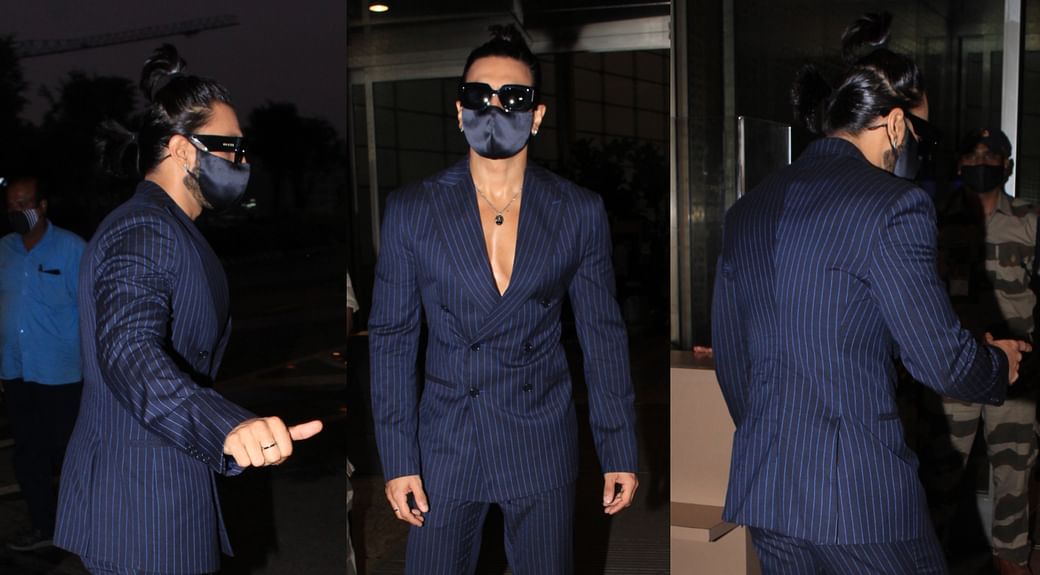 Ranveer Singh who knows how to surprise his fans every time he steps out in public became the center of attraction with his double ponytail during the film’s launch at Annapurna Studios in Hyderabad.

Following this, his eye-catchy picture with quirky hairstyle is breaking the internet. 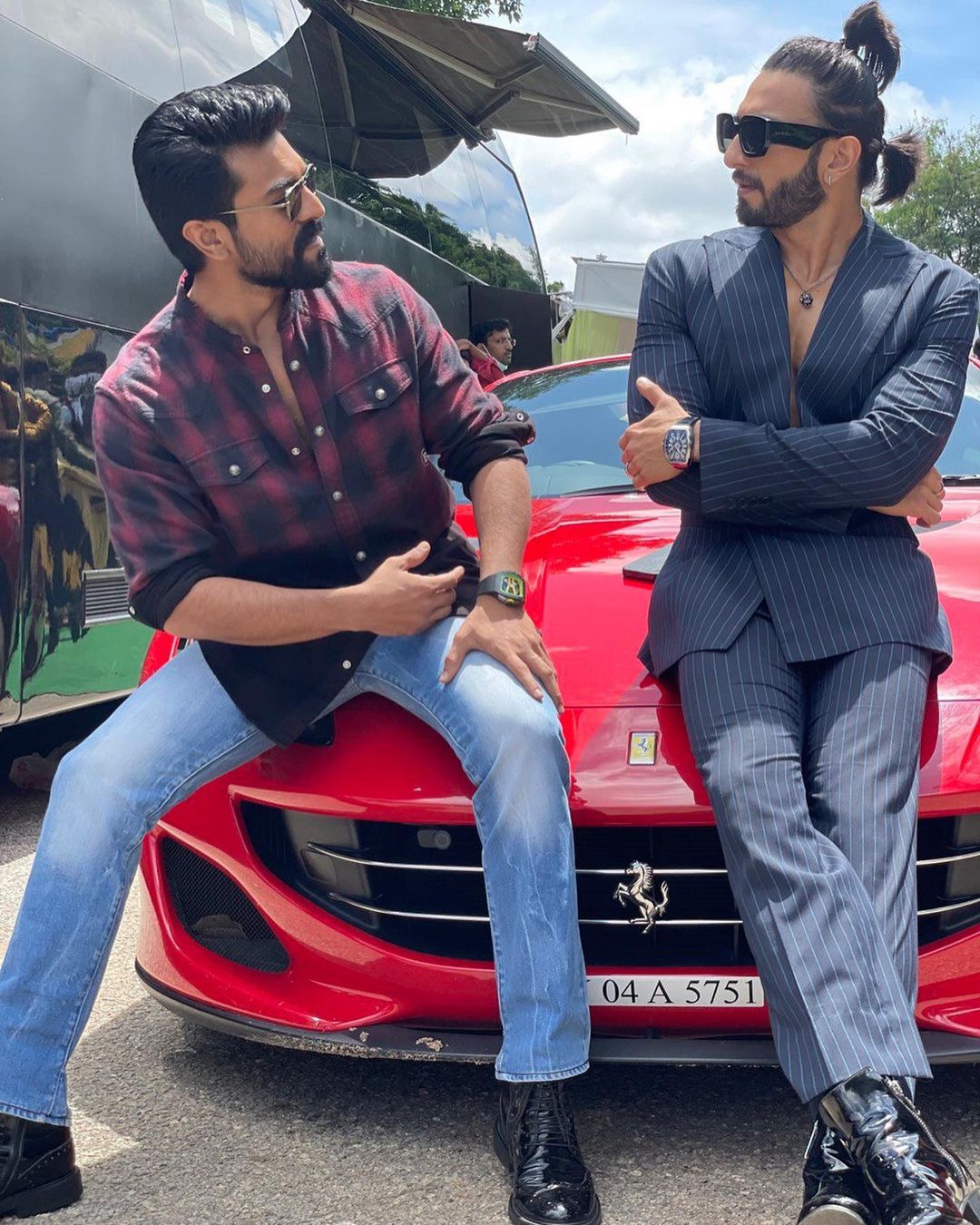 The Bajirao Mastani actor who is known for his bold sartorial choices never disappoints his fans be it with his experimental looks or his impeccable acting.

The actor is always in the limelight with his funky fashion statements and he carries them all with grace and style. 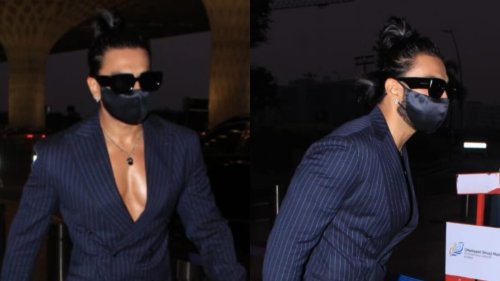 At the event, he was donning a dark blue striped suit, and once again he grabbed all eyeballs by skipping the shirt flaunting his bare chest. However, what stole the spotlight was his double ponytail!

Ranveer Singh’s picture while talking to Ram Charan is making rounds on social media and fans are simply in awe of it! 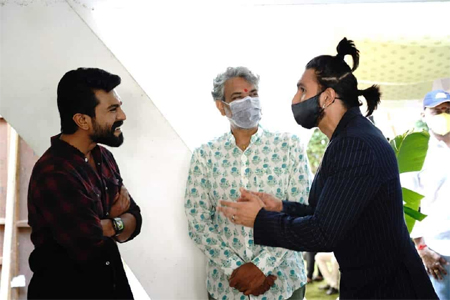 At the launch event of RC15, the lead actors Ram Charan and Kiara Advani were spotted donning black blazers.

Kiara Advani shared a picture of the trio (Kiara, Ram Charan, and Ranveer Singh) by heading to her Instagram handle and wrote, “It Suits us (sic).”

Even Ram Charan shared a behind-the-scenes (BTS) photo of himself with Ranveer Singh by taking it to his Instagram account on Wednesday (September 8). He thanked the Bollywood hunk and SS Rajamouli for making the launch event a grand success with their presence.

Ram Charan and Kiara Advani started the shooting of the film on Wednesday. A new poster of the film has also been unveiled yesterday. Ram Charan shared the poster by captioning it as, “To new beginnings !! #RC15 #SVC50 kick starts today. Looking forward to deliver a memorable experience to one and all.”

Speaking about the film RC15, it is said to be a political thriller directed by Shankar and produced by Dil Raju’s Sri Venkateswara Creations. Apart from Ram Charan and Kiara Advani the film also features Jayaram, Anjali, Naveen Chandra, and Sunil in supporting roles.