Queen’s Lookalike Gets Spotted at Glastonbury Festival, See her Photo

Recently, the people of Glastonbury got surprised when they spotted Queen Elizabeth at Robert Plant’s set. At that moment, a large majority of the Glastonbury fans were almost convinced that it was The Queen herself, however, the fans should know that The Queen is not seen at such events. Keep scrolling to learn all about the Queen’s lookalike. Due to the mobility issues, The Queen is not usually photographed at events such as Glastonbury Festival. This Queen’s lookalike matter started from the social networking service Twitter when a user shared a picture of The Queen’s lookalike with a caption.

The user tweeted, “The Queen has turned up at Glastonbury to watch Robert Plant. That disguise is fooling nobody.” We must say that The Queen and her lookalike have quite an uncanny resemblance. For a minute, we also thought that it was Queen Elizabeth in the picture posted by a user. In the snap posted by the user on the microblogging site Twitter, the mystery woman can be seen in a blue jacket with a hoodie. The Queen’s lookalike topped off her look by sporting red lipstick, a subtle fringe, and a pair of brown sunglasses.

A lot of Twitter users stated that The Queen’s doppelganger came all prepared ready to beat the cold or the other reason for her dress-up could be to hide her identity.

How did the fans react to The Queen’s doppelganger?

Within the blink of an eye, the picture of The Queen’s lookalike went viral on the internet. In just two days, many people have already viewed and reacted to the picture on various social media platforms. 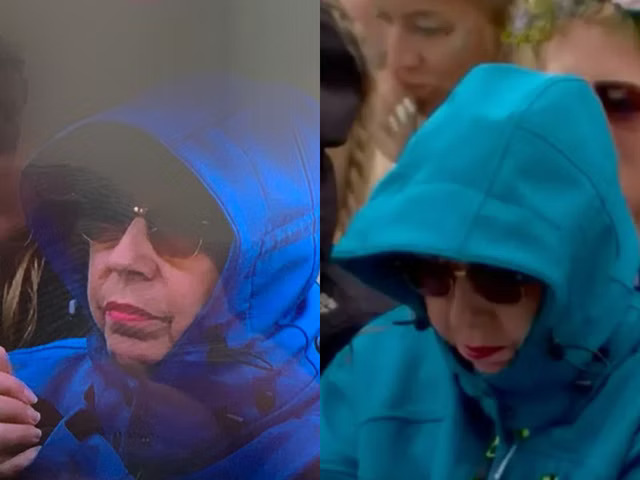 Many of the fans just laughed at the funny coincidence. One user commented, “Woow ! she’s needs to be really bundled up! don’t want her catching cold!” Another user tweeted, “damn this queen elizabeth lookalike really hit the nail on the head.” Followed by a user who penned, “I guess Queen Elizabeth 1 should have stayed in Whitehall & not gone to Tilbury…!!!”

Even though The Queen was not present at the Glastonbury Festival but a member of the royal family was surely present at the music festival. Queen Elizabeth’s granddaughter Princess Beatrice marked her presence at the event and even her pictures went viral on the internet. She and her husband Edoardo Mapelli Mozzi were seen at the festival. 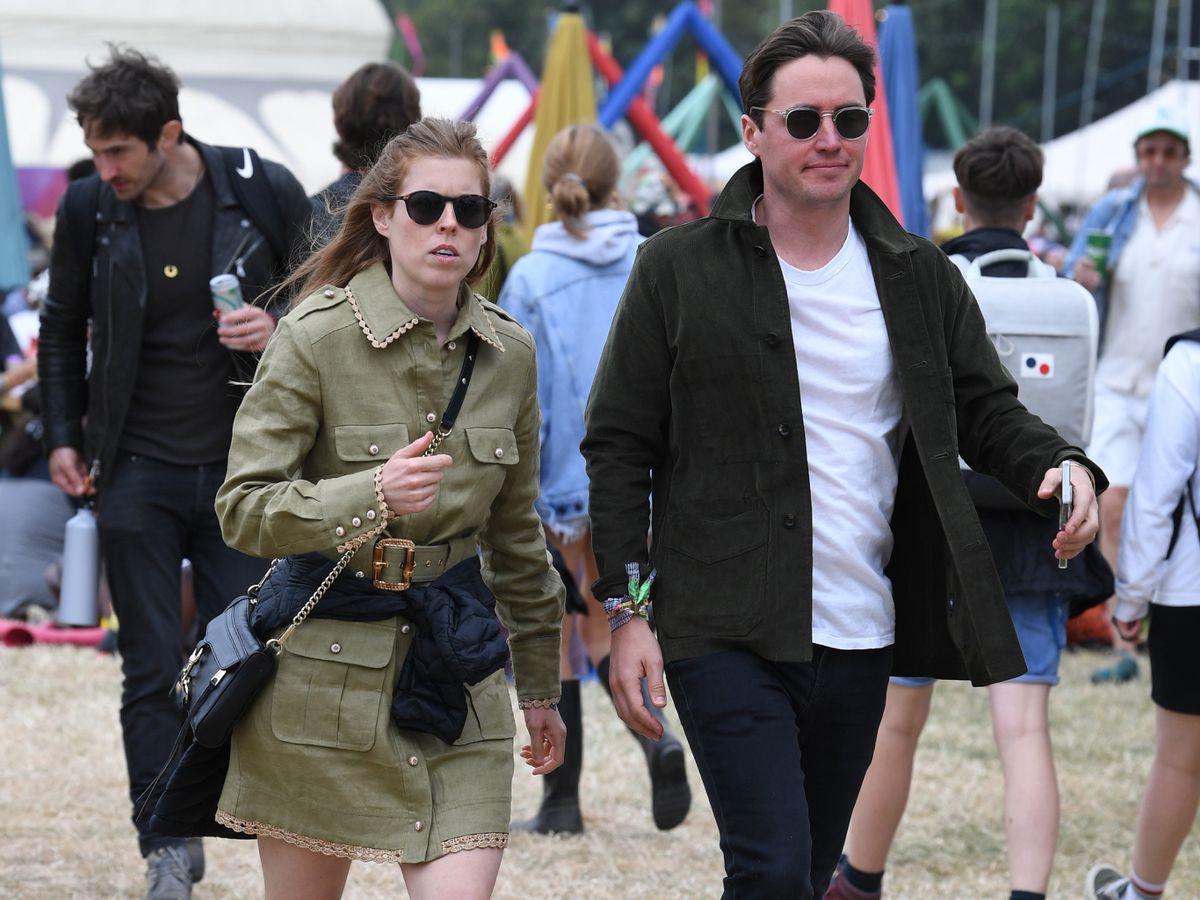 Let us tell it’s not like the members of the royal family cannot attend events like these. In the past, many royals have been clicked at such events. Prince Harry and his then-girlfriend Cressida Bonas were spotted at the Rolling Stones event in the year 2013.

2016 witnessed Princess Eugenie along with her friends at Glastonbury. Prince Charles also attended the same event in 2010. Glastonbury is very popular for its world-known festival. Do you there is a striking resemblance between The Queen and her lookalike? Kindly let us know your thoughts in the comments section below. Don’t forget to stay tuned with us for the latest updates from the world of showbiz.