Popular playback singer Kalyani Menon took her last breath today on Monday, 2nd August at a private hospital in Chennai. The singer died at the age of 80.

Kalyani Menon, who is the mother of popular film director Rajeev Menon was taking treatment for paralysis, according to reports. She was also said to be suffering from age-related illness, as per sources.

Kalyani Menon is a trained classical vocalist who has sung more than 100 film songs in both Tamil and Malayalam languages.

Singer Kalyani Menon who was Having Age-Related Illness Dies Today 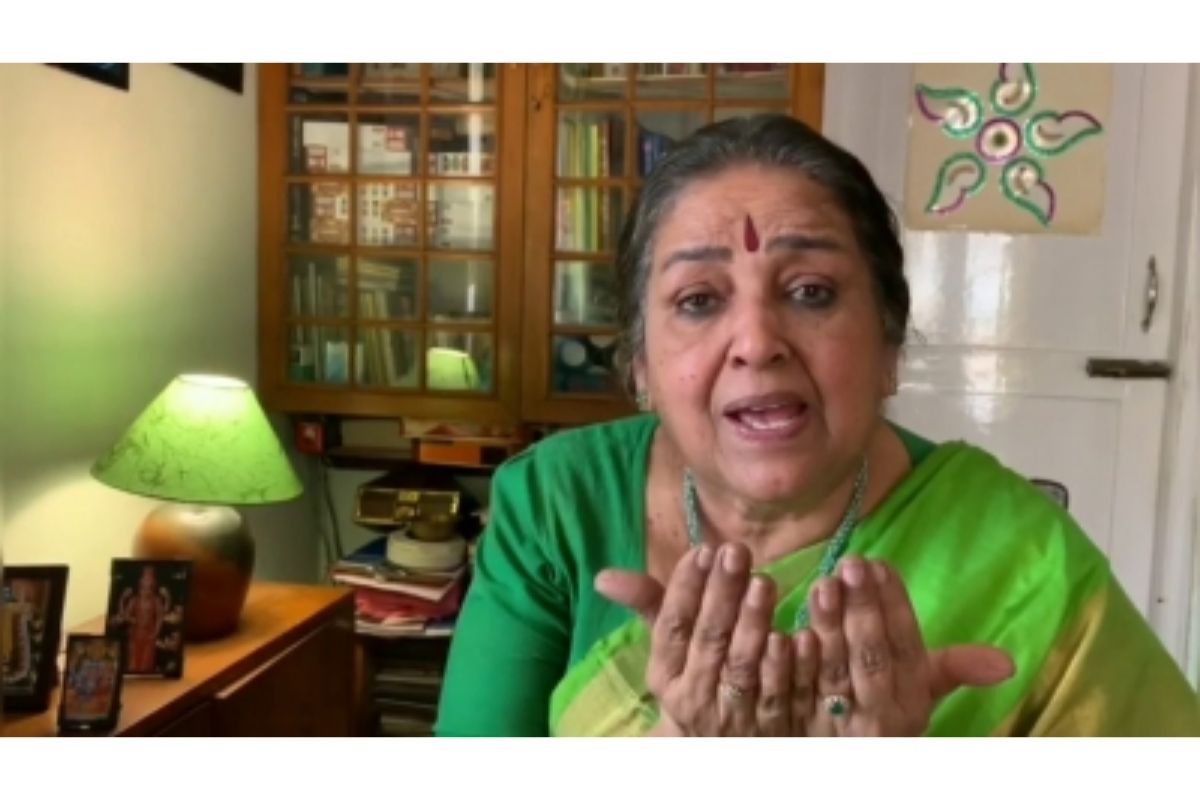 According to the sources close to her family, Kalyani Menon showed symptoms of a stroke following which she was rushed to a hospital. She passed away at the hospital.

She has collaborated with popular music directors like AR Rahman, Ilaiyaraaja, M Jayachandran, and Govind Vasantha during the 1990s.

She has extensively worked with AR Rahman by singing in a number of films – Kadhalan, Muthu, Alaipayuthey, Vinnaithandi Varuvaaya, and Ek Deewana Tha among others.

Indian cinematographer Santosh Sivan offered his condolence to her family by heading to his Twitter handle. He wrote,  “Legend Classical singer Smt Kalyani Menon. RIP She is the mother of Rajiv Menon, my deep condolences to the family (sic).”

Legend Classical singer Smt Kalyani Menon .RIP She is mother of Rajiv Menon , my deep condolences to the family pic.twitter.com/dQRRWg7x0e

Kalyani Menon became a well-known name after her Malayalam film Dweepu which was helmed by Ramu Kariat. She then started to sing in Malayalam, Telugu as well as Tamil films.

Kalyani Menon who was born in Kerala has lent her voice in Telugu, Tamil, and Malayalam languages. Her popular songs include Omana Penne, Kundanapu Bomma, Phoolon Jaisi Ladki, Vaadi Saathukodi, and Kuluvalile among others.

She made her debut as a Malayalam playback singer in 1973 with the film ‘Ambal’ directed by Thosppil Basi. Her guru was Sivaraman Nair. Pavan ara chezhuthu, Rithubedakal Vann, Jalsheyayil, and Thalirambili are a few of her popular Malayalam songs.

Kalyani Menon made her debut as a singer in Tamil movies in 1979 with the Tamil film Nallathoru Kudumbam whose music was given by Ilayaraja.

Her last song was ‘Kathale Kathale’ in the year 2018 for the film 96 starring Vijay Sethupathi and Trisha.

Kalyani Menon is survived by her son Rajiv Menon who is a famous cinema director. He is also the founder of Mindscreen Film Institute.

Her last rites will be held tomorrow (August 3), Tuesday afternoon in Besant Nagar.