The family of author whose article inspired the 1986 Tom Cruise movie Top Gun on Monday sued Paramount Pictures for copyright infringement over this year’s blockbuster sequel Top Gun: Maverick. The lawsuit states that the studio failed to reacquire the rights to Ehud Yonay’s 1983 article “Top Guns”. Read on to learn more about the lawsuit. Amid the success of Top Gun: Maverick, Paramount Pictures is in hot waters as the family of Ehud Yonay, who wrote the 1983 article “Top Guns” and was duly credited in the 1986 movie wasn’t mentioned in the sequel. The lawsuit seeks unspecified damages, including some profits from Top Gun: Maverick, and to block Paramount from distributing the movie or further sequels.

The iconic 1986 film started with Paramount securing exclusive motion picture rights to Ehud Yonay’s copyrighted story immediately after its publication. In fact, the author’s story was duly credited in the derivative 1986 film, which is widely known to have been based on the story.

Paramount obtained the rights needed to exclusively produce the 1986 film based on Yonay’s writing. However, the family of this author sued Paramount Pictures for copyright infringement over this year’s blockbuster sequel Top Gun: Maverick.

Shosh Yonay and Yuval Yonay, who live in Israel and are respectively Ehud’s widow and son, said Paramount deliberately ignored that the copyright reverted to them in January 2020, “thumbing its nose” at federal copyright law. Paramount did not immediately respond to requests for comment. 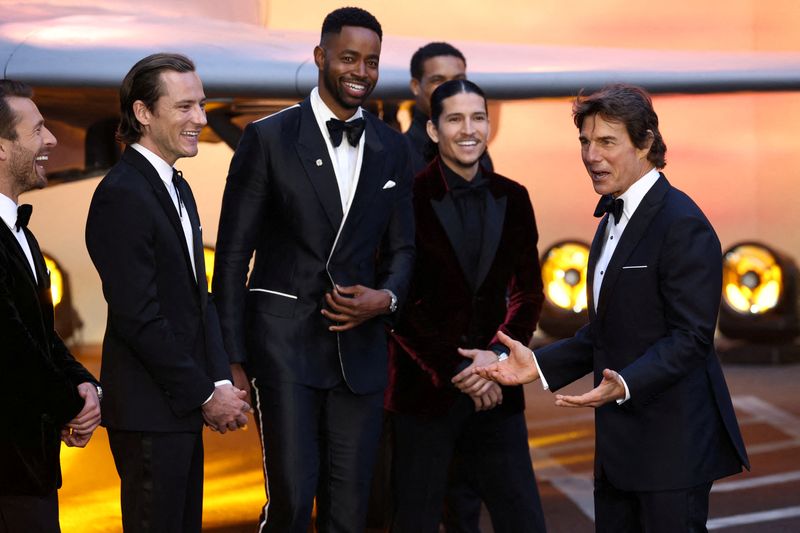 According to a complaint filed in Los Angeles federal court, the Paramount Global unit failed to reacquire the rights to Ehud Yonay’s 1983 article “Top Guns”, which appeared in a 1983 issue of California magazine, from his family before releasing the “derivative” sequel.

The complaint also states that Ehud’s family had sent a notice of termination to Paramount and that the rights reverted to them in January 2020. However, Paramount overlooked everything.

Paramount refuted the claims in a statement that said, “These claims are without merit, and we will defend ourselves vigorously.” Well, in case Paramount loses the lawsuit, they’re going to get in some real trouble.

Over Half A Billion in Pockets…

Tom Cruise’s Top Gun took our breaths away when it came in 1986, and the sequel that came after almost thirty years has again nailed it at the box office. Top Gun: Maverick has collected $548 million worldwide in the second week of its screening.

The 2022 American action drama film is directed by Joseph Kosinski and written by Ehren Kruger, Eric Warren Singer and Christopher McQuarrie, from a story by Peter Craig and Justin Marks.

Set thirty-six years after its predecessor, it follows Maverick’s return to the United States Navy Strike Fighter Tactics Instructor program (also known as “Top Gun”), where he must confront his past as he trains a group of younger aviators, among them the son of Maverick’s deceased best friend Goose.

Top Gun: Maverick premiered at CinemaCon on April 28, 2022, and was theatrically released in the United States on IMAX, 4DX, ScreenX and Dolby Cinema on May 27, 2022, by Paramount Pictures. 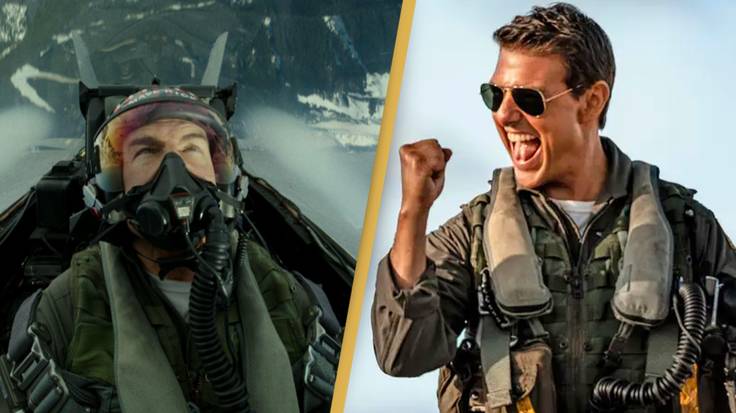 It will also be released on Paramount+ after its theatrical run. The film has received widespread critical praise, with many reviewers deeming it superior to its predecessor. The film has grossed $557.2 million worldwide, making it the fourth highest-grossing film of 2022.

As for the copyright infringement, no updates have come yet from the attorneys. However, the heirs of Ehud Yonay are inclined that “Top Gun: Maverick” must be grounded. Well, the fate of this sequel will be decided by the court. What do you think?