Ozzy Osbourne Doesn’t Want To ‘Die In Crazy America’, Decides To Move Back To England

The lead vocalist of the heavy metal band “Black Sabbath”, Ozzy Osbourne is fed up with gun crime in the United States. The 73-year-old “Prince Of Darkness” has decided to move back to his native England because he fears that he might “die in crazy America”. Read on to learn more about it.

Ozzy Is Retreating To England… The Black Sabbath rocker Ozzy Osbourne has stated that the increased mass shootings in the United States have enlightened him to move back to his native England, stating he is “fed up with people getting killed every day”, and he doesn’t want to ‘die in crazy America’.

In a recent interview, the legendary artist revealed, “I’m fed up with people getting killed every day. God knows how many people have been shot in school shootings. And there was that mass shooting in Vegas at that concert… It’s f—-g crazy.” Osbourne mentioned that he plans to move from his longtime Beverly Hills home to his grande estate in Buckinghamshire. He mentioned in the interview that he is English and wants to go back. He added, ” But, saying that, if my wife said we’ve got to go and live in Timbuktu, I’ll go,” he said. “But, no. It’s just time for me to come home.” So it’s clear that he is done with America.

Well, it’s not just Ozzy who has fallen out of love with the country. His wife Sharon Osbourne spoke in an interview, “It isn’t the United States of America at all. Nothing’s united about it. It’s a very weird place to live right now.”

Wrapping Up Has Begun… 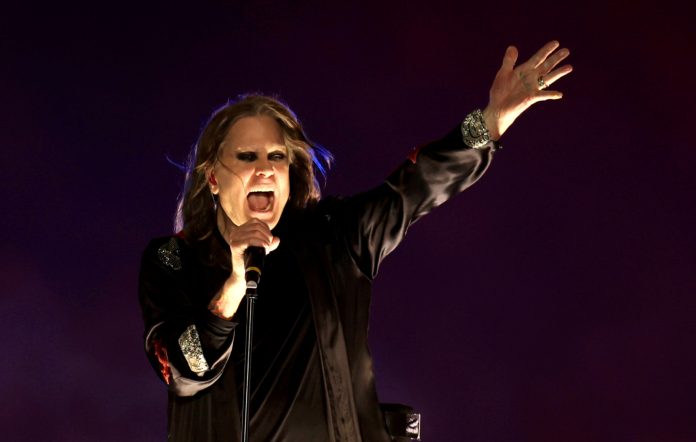 Apart from his fears, America has given a lot of love to Ozzy Osbourne. His band, “Black Sabbath”, whose bludgeoning brand of rock defined heavy metal in the 1970s, got its fans all over the world. However, Ozzy seems to have legit reasons to move back to his own country.

There were speculations that the move has come following the 73-year-old legend’s advancing Parkinson’s Disease, but his wife Sarah Osbourne has clarified these speculations, stating that America is indeed a weird place to live, a place where there is no value for human life.

The couple has already put their palatial Hancock Park home up for sale at $18 million and are set to move into their 120-year-old property, Welders House, in Buckinghamshire. Well, if not for anyone, America has surely changed drastically for these two. if we go by statistics, there have been at least 309 mass shootings in the United States so far this year, according to Gun Violence Archive. The public policy Think Tank Everytown Research and Policy reported that “more than 110 Americans are killed by guns and more than 200 are shot and wounded every day”.

While the most recent incident has been the Independence Day mass shooting in Chicago’s Highland Park suburb (7 dead and 37 wounded), let’s not forget what happened at the Robb Elementary School in May. These are just a few incidents amongst many that keep on happening every now and then. In such circumstances, if Ozzy wants to move back, it makes all the sense.