Odette Annable, 36 and Dave Annable, 42 are expecting their second child. Well, this is an extremely special moment for the two because Odette suffered three miscarriages before. The American stars took to Instagram and posted a black & white video of their 6-year-old daughter to share the news of their pregnancy. 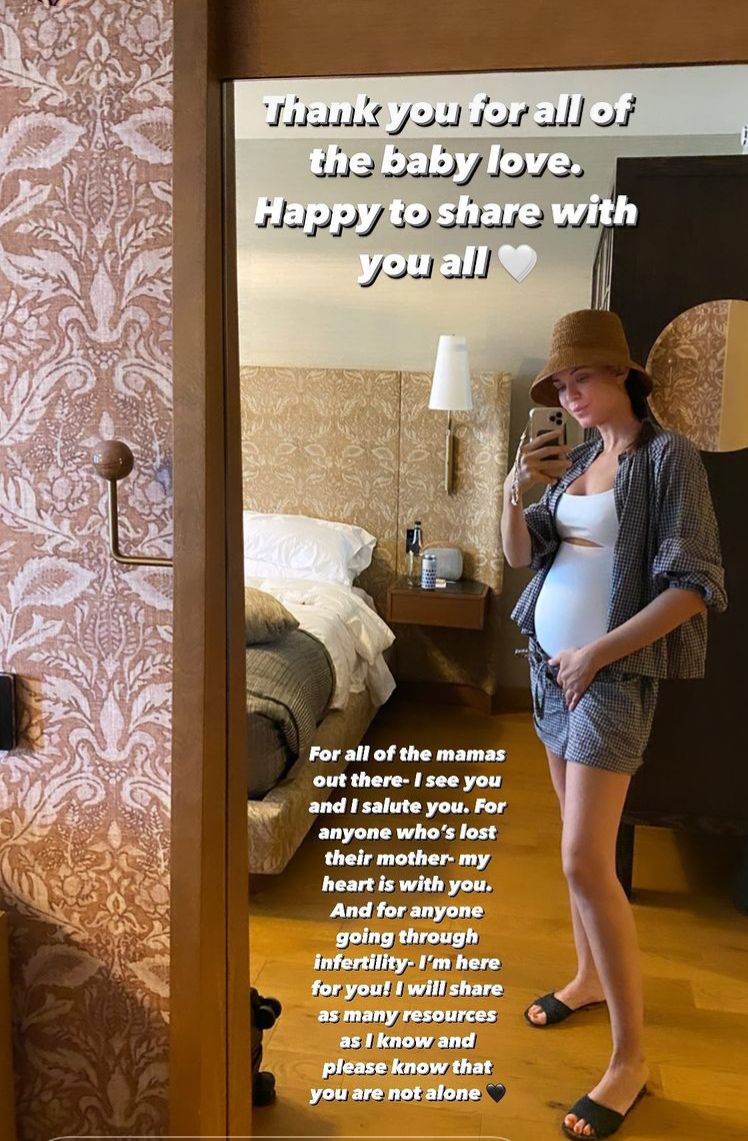 Odette Annable took to Instagram and posted a sweet video along with Dave and her 6-year-old daughter Charlie wherein the couple can be seen breaking the news to their daughter on Mother’s Day.

The Cloverfield star captioned it, “It’s been a very long journey to get here, but we are here and we are thrilled and couldn’t be more grateful. A new chapter begins. A very special Mother’s Day indeed.”

In the video, the 666 Park Avenue star can be seen gifting her daughter a box which contains a plush baby toy. A curious Charlie looks at it and soon guesses it’s a baby. She looks at her mother, and says, You’re having a baby! Odette responds, “Yea”.

Charlie immediately places her hand on her mother’s baby bump and keeps awwing for a while. She is too thrilled about the news and so are the fans of Dave and Odette. It was a very special mother’s day for the family and the adorable video speaks it all.

Charlie then hugs Dave before exclaiming, “Now I can have my own baby! Or we can have a baby!” Dave chuckles while looking at his wife, before he tells his daughter, “You’re going to be a big sister!”

Charlie starts dancing around and screaming with joy before running o give Dave another hug. She even thanks him at the end of the clip. Dave also posted the same video on his Instagram to share the beautiful news with his fans who soon started flooding their Instagram with wishes.

American actress Joanna Garcia Swisher who is the couple’s close friend, commented, “I’m absolutely weeping ❤️ my heart bursting ❤️ have u told Charlie she is actually going to have to share the baby w ME yet???”

The story of Three Miscarriages… 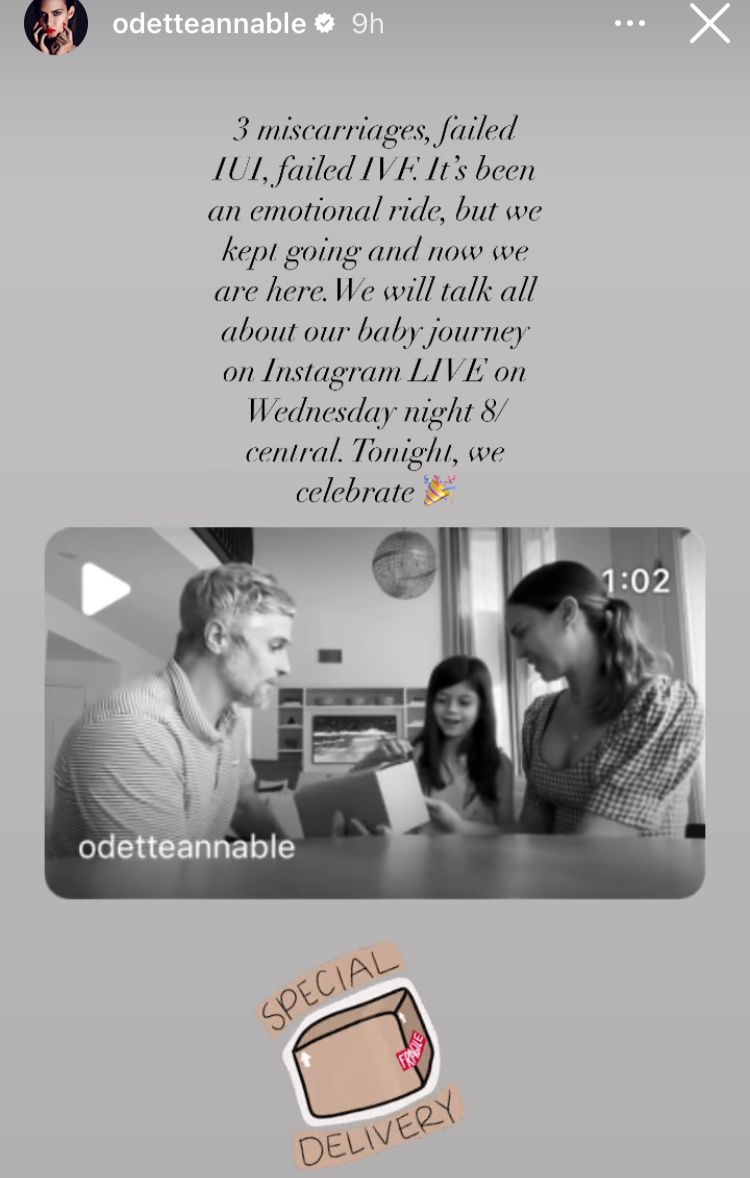 She wrote, “3 miscarriages, failed IUI, failed IVF. It’s been an emotional ride, but we kept going and now we are here. We will talk all about the baby’s journey on Instagram LIVE on Wednesday night 8/ central. Tonight, we celebrate.” Last year Odette revealed that she had suffered her third pregnancy loss in nearly six years. 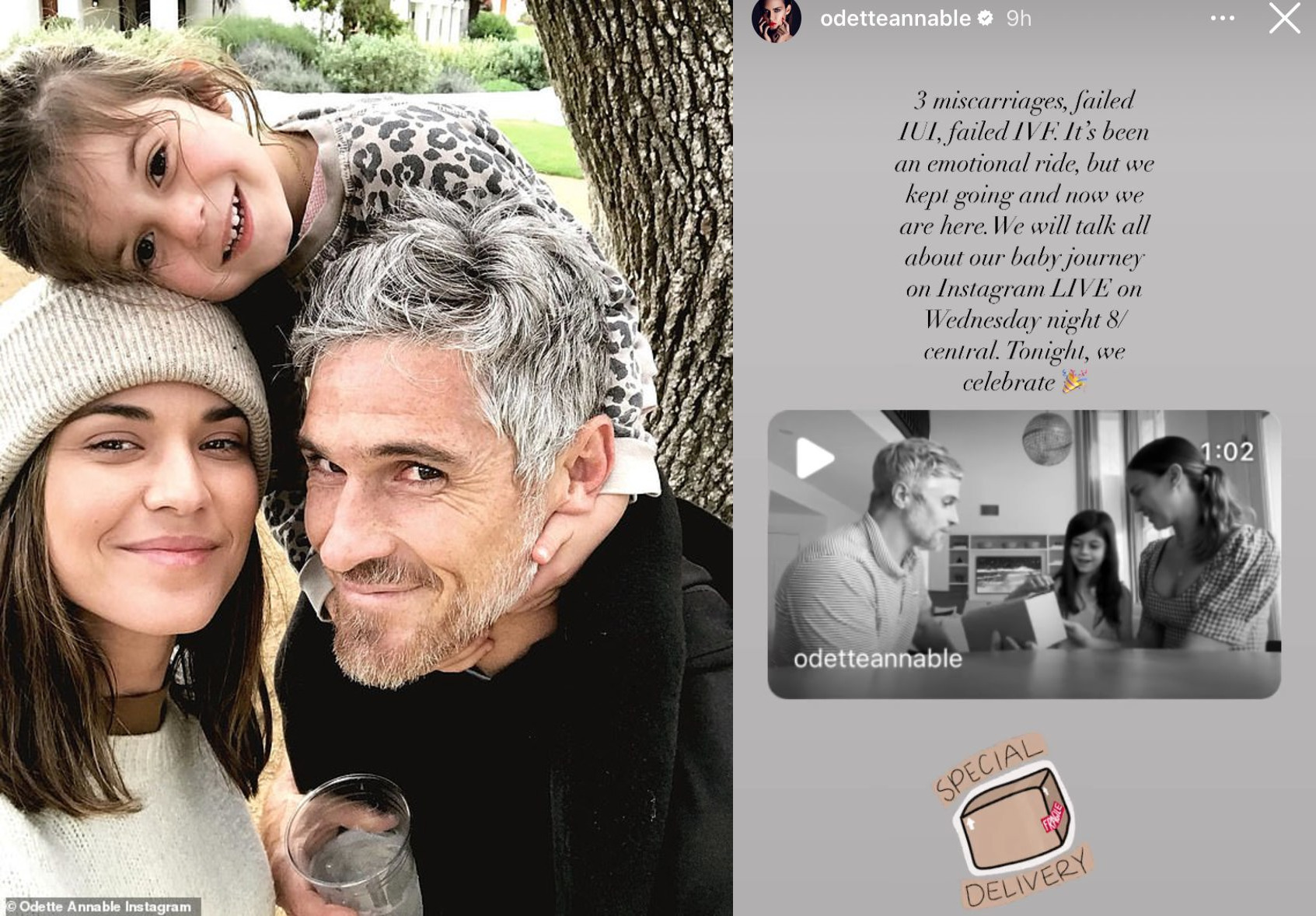 The You Again actress previously broke the news of her miscarriage in an emotional Instagram post a day before her unborn child’s due date. She wrote, “NOT A PREGNANCY ANNOUNCEMENT. The one certain thing was how Dave and I both felt when I found out I was pregnant. We were elated.” She continued, “After having two miscarriages after Charlie and after our personal journey as a couple, we finally felt like we were in the right place and our gift was this baby in my belly.” It was a sad phase for the couple but now, they are having a second child! We wish them good luck with the new chapter.