‘My Universe’ is on Spot 1 and that sends Coldplay on Billboard Hot One Hundred Chart!

BTS and Coldplay collaborated together for ”My Universe” which has now managed to be on the Number One Spot on Billboard Hot 100 Chart. It’s news that needs your attention, TWICE!

This was the first-ever collaboration of the two! Coldplay’s collab with BTS, the global superstars was ”My Universe”. Thus, it also marks Coldplay’s win for the second time as they make it to Billboards Hot 100 No. 1 after their previous hit ”Viva La Vida” back in 2008. 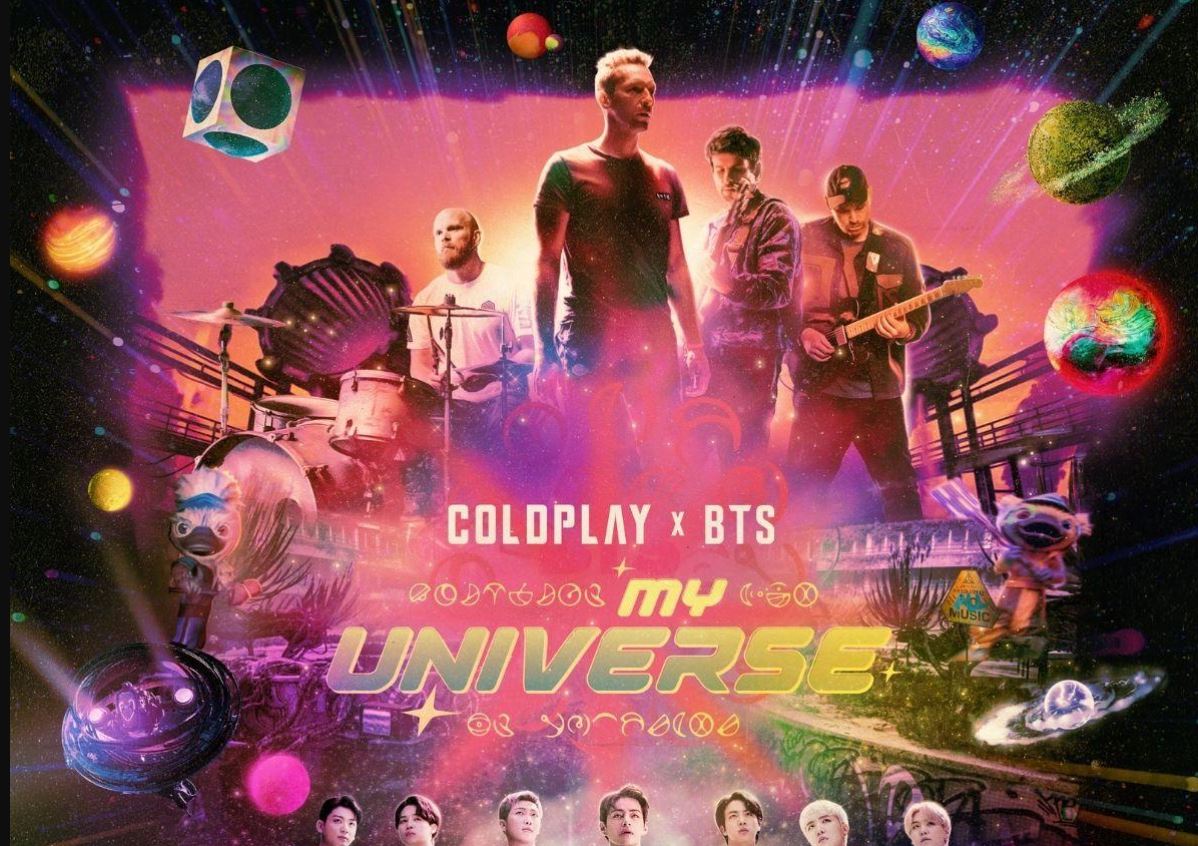 For BTS, this is number sixth title to make it to the chart.

In the singles chart, ”My Universe” currently is streaming with 11.5 Million U.S. Streams and 5.5 Million Audience on Radio. That’s pretty huge figuratively!

Speaking of figures, British Official Singles Chart has the song on Number 3. ”My Universe” was released back on September 24th by BTS, the South Korean superstars and the British rock band that made it to the Grammys. The song is available in English and Korean languages.

The song portrays, ”how the power of love transcends all things, borders and rules, and genders and race and every sexuality” and is indeed a powerful one. For BTS, this was a great achievement.

The song also marks as one of the biggest sellers across all platforms that wraps digital downloads as well as CDs. In over seven days, there were 27,000 sales and the number keeps on increasing.

As per the reports that have been out per OCC, the single-week downloads of the song in 2021 for the show are crossing the highest numbers and are ready to make or break some records.

To further add to the appraisals, since we are doing it anyway, October 1st, made BTS and Coldplay rank on the top through ”My Universe”. Several of the UK’s charts had the song on the top spot.

Congratulations to BTS and Coldplay!

Can’t say we are not looking forward to more from the duo.