What is an award function without a wee bit of drama! The Red Carpet of VMA gave us a chance to witness something similar.

Most certainly, Sunday night was heated up for a few celebs as some of them went home with those awards. The paps clicked certain images and photos of Machine Gun Kelly who was seen involved in a fight with Conor McGregor, the UFC Fighter.

What happened exactly? shall we find out? 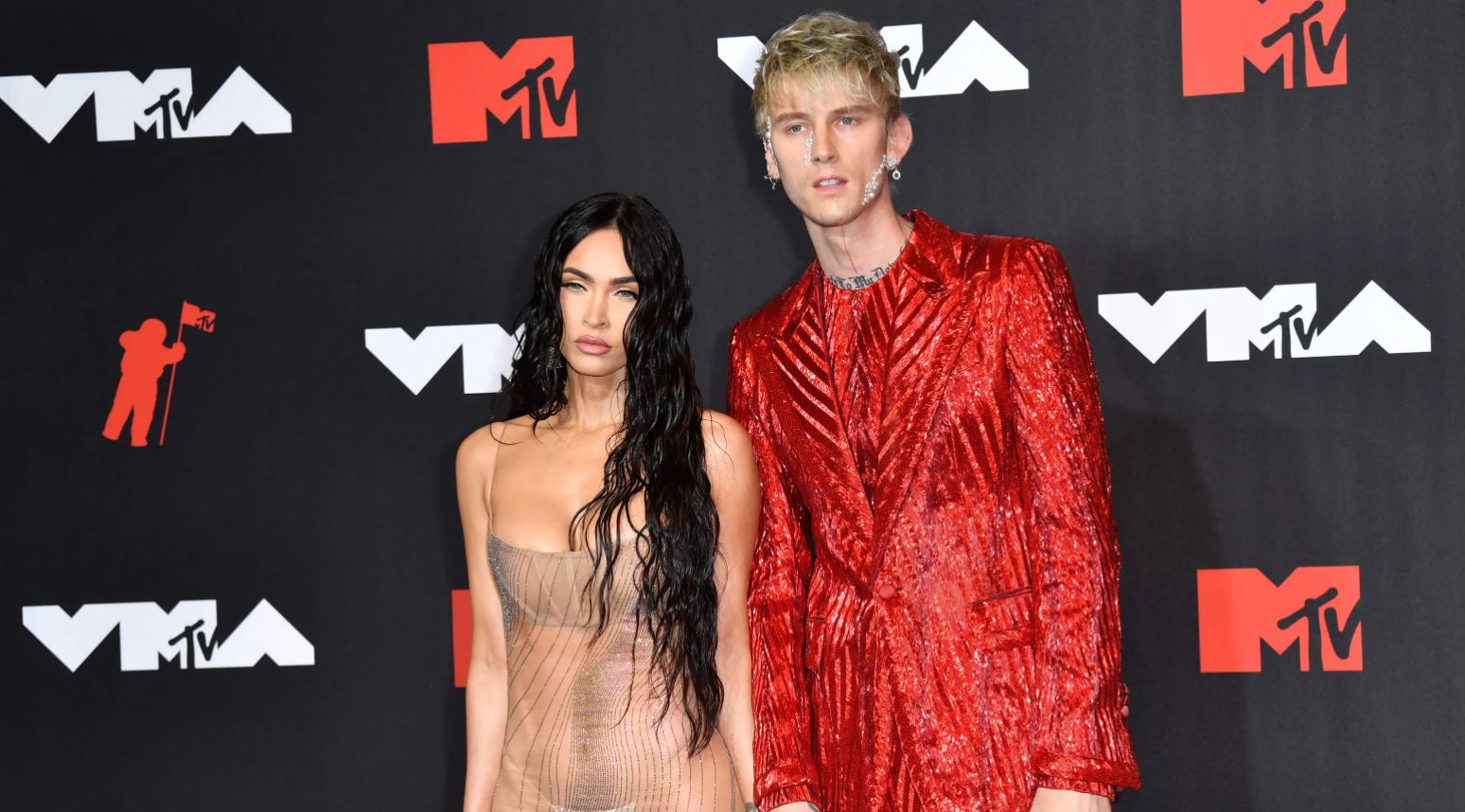 Conor McGregor, the crowning Artist of the Year was seen in an argument with Machine Gun Kelly during the MTV VMA Red Carpet.

Not a lot was disclosed about the feud and nor the reason was brought into the light but from the images, we can clearly spot Megan to bring them to terms. Megan Fox, Machine Gun Kelly’s Girlfriend broke up the fight between the two men.

From the below video that was dropped into Twitter, we could infer that Conor threw a drink at Machine Gun Kelly which probably led to the battle.

Conor McGregor threw a drink at Machine Gun Kelly at the VMA’s. pic.twitter.com/ia66COb7p3

Many people shared their reactions along with snaps from the event on Twitter.

LMAOO wait what?? what is going on 😭 pic.twitter.com/LOEYQccuYo

Sources and reports that have come by the state that Conor asked MGK to take a picture with him. However, the latter rejected the proposal. Moreover, the interaction saw the heat and led to MGK pushing Conor.

This could probably be the reason why we saw Conor spilling or rather throwing his drink. The UFC star then took of the beverage and gulped it.

From an Insider, it was also concluded that McGregor went up straight to Machine Gun Kelly to simply greet him. MGK’s security pushed him away. There is no history of the two before and nor have they had any heated battles in the past.

Megan Fox and Machine Gun Kelly left the space however, Conor had a broken tibia from the fight. 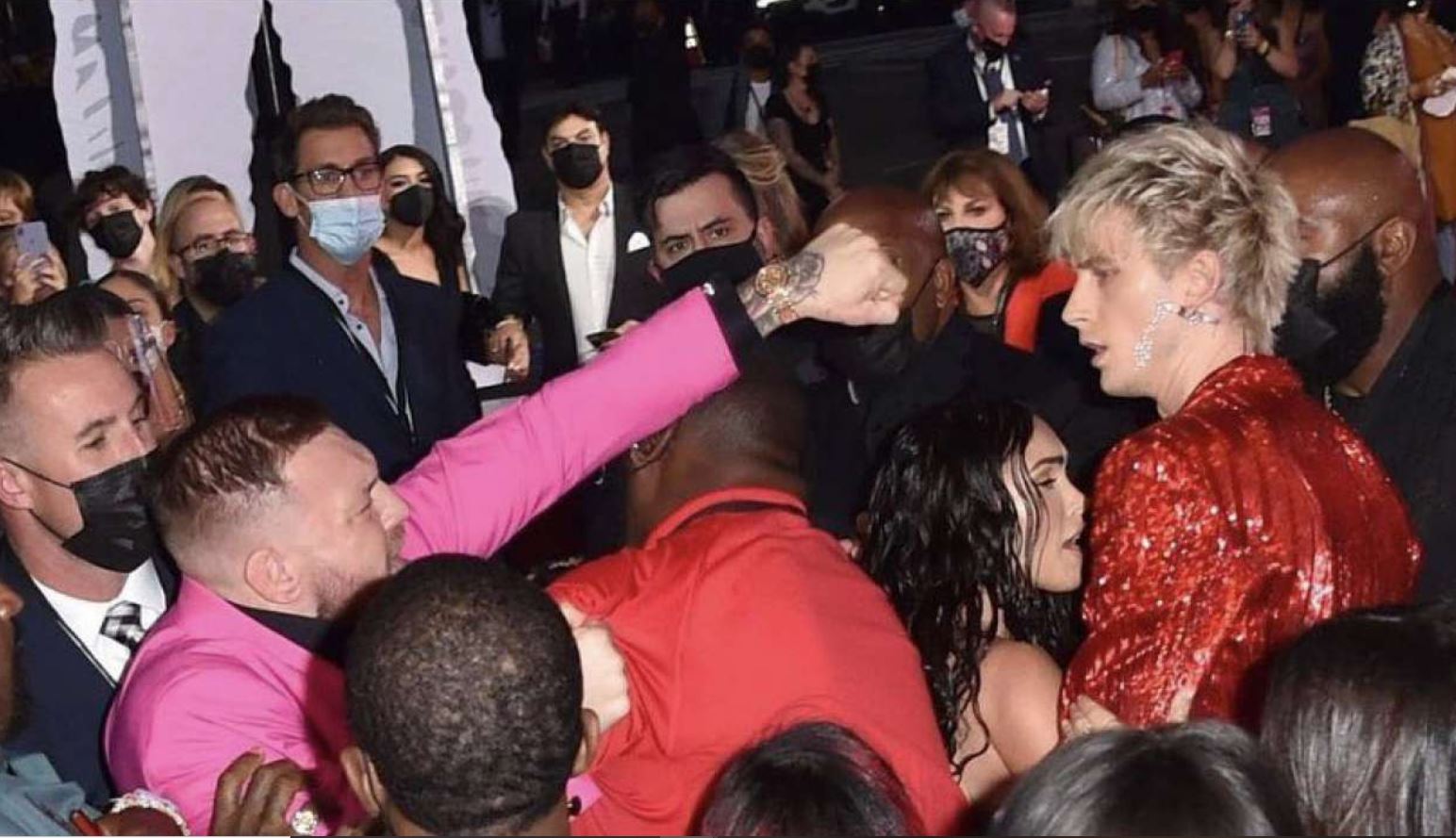 The videos of the fight were scattered all over Twitter and people can’t stop talking about it.

MGK also participated in the interview before the show started where his excitement was out in the open. Eight years ago, he was a part of the VMA awards. During the event, MGK is supposed to share sides with Travis Baker, his best friend, and sing his new single ”Paper cuts”

Also, Conor and Machine Gun Kelly presented awards on the stage. Thank God not together.

Conor McGregor presented on stage award to Justin Bieber for Artist of the Year. 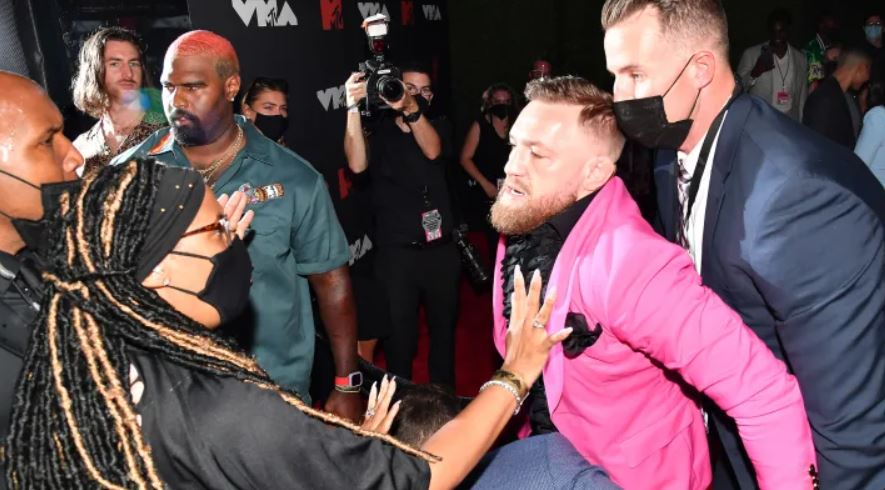 Battles in paradise are always expected and also, takes away the limelight. Isn’t that why we are talking about it?