Meet Stallionaires Pooch who Claims to be Dating Tiffany Haddish

Tiffany Haddish and rapper Stallionaires Pooch made headlines when they were spotted together on a dinner date at Craigs. Pooch also attended the Oscars with the comic. Well, Pooch was determined about the comedian. Stallionaires Pooch declared confidently to the media about his scene with Tiffany and called them “an item”. He even said that his charm was what hooked Tiffany. Phew, the Girls Trip star doesn’t think the same. Let’s get to know more about Pooch first.

Stallionaires Pooch’s real name is L. Murphy. He is a famous rapper and singer who is signed to saddle gang ENT/sonygray music group. Murphy is also a reality star. He has been featured on Love & Hip Hop and other American TV shows.

Stallionaires Pooch, 33 was born in Southeast Washington DC. He is almost ten years younger than Tiffany Haddish. Murphy graduated from Howard University and is completely dedicated to his music career.

The Hip Hop artist gained recognition with his album “You See Me” which he released in 2021. You can check out his album here. His raps are also available on SoundCloud. There is not much information available on the American artist.

Pooch’s Instagram reveals that he is an actor, singer, rapper, director and producer. He currently has 8 posts on Instagram so it’s difficult to figure out his latest endeavours. Pooch has 54.8k followers which is a lot! You can find complete information about his genre here.

Pooch has done a significant amount of live shows. His last concert was “Unearthed Live” which took place in October 2021. 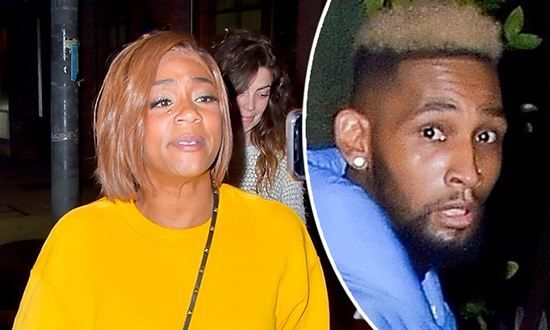 The rapper was confident that he has a new lady, and that was Tiffany. However, the 42-year-old star has shunned these rumours. He stated in a video, “It’s the charm, I’m a charming dude. I’m respectful. I know how to treat a woman and I’m genuine, I’m authentic.”

Ah, Pooch did call himself and Tiffany an “item” but Tiffany had an entirely different version to narrate. She straightaway denied her romance with Pooch. The comedian said, “Well, I don’t think one dinner counts as dating, Does it?” Makes sense Tiffany. You just broke Pooch’s heart. Tiffany Haddish is a well-known celebrity. She is known for her role as Nekeisha Williams on the NBC sitcom The Carmichael Show. She has won several accolades, including nominations for two Critics’ Choice Awards. She won a Primetime Emmy Award for hosting a Saturday Night Love episode. It appears that Pooch is too amateur for Tiffany’s taste. How do you feel about that Pooch?