Recently, Shannade Clermont was photographed by the paps all out and about in public but there is a twist in the tale she was not alone, she was with Donda rapper Kanye West. Read the article further to know more about the personal and professional life of Clermont. Shannade was photographed with rapper Ye at Nobu in Malibu, California on April 14 (Thursday). As of now, it has not been confirmed that the duo is dating. Kanye exited the restaurant from the backside. He left the place in a black SUV.

As per the reports of the Daily Mail, the model was seen leaving the restaurant separately.  She left through the front of the restaurant. It seems like the pair wanted to keep their meeting private. All of this comes after his ex-wife Kim Kardashian posted a picture with her Saturday Night Live boyfriend Pete Davidson on the social media platform Instagram.

The former Keeping Up With The Kardashians posted a few cozy pictures with her beau on Instagram. “late nite snack”, she captioned the post.

All you need to know about Shannade Clermont

Shannade and Shannon were born on March 21, 1994, in Montclair, New Jersey, United States. Shannade garnered the attention of the viewers in the year 2014 when she starred in the Oxygen show, Bad Girls Club along with her twin sister, Shannon. The series revolves around a group of self-professed ‘Bad Girls’ living together in Los Angeles.

The Clermont sisters caught the public eye for being real on the show, they spoke about what they felt and they didn’t have any filter. They were known for their hot-tempered mannerisms. The dynamic duo is popularly known as the ‘Clermont Twins’, they are the youngest of the five siblings, with one brother and two sisters. In the show, Clermont was seen in a total of 7 episodes on season 14 of the show. After the series, the two sisters stepped into the world of modeling and went on to become American models and fashion designers.

Shannade got admitted into the Fashion Institute of Technology and on the other hand, Shannon attended Parsons  School of Design before becoming a part of the show Bad Girls Club. Soon afterward, both sisters also launched their clothing brand, Mont Boudoir.

The sisters named their new clothing label ‘Mont’ as it was a part of their last name and the other word ‘Boudoir’ is a French word that means bedroom.

When did the twins launch their clothing brand?

The clothing line of the Clermont sisters saw the light of the day in 2017. Later on, the twins went on to collaborate with handbag designer Brandon Blackwood in 2018. This collab helped them to enter the leather goods market.

During an interaction with Office Magazine in 2017, the twins spilled the beans on their clothing line and talked about why they named it Mont Boudoir. They said, “You know, wear it in the bedroom, but then wear it out as well. And a little western feel, because we have a thing for that.” 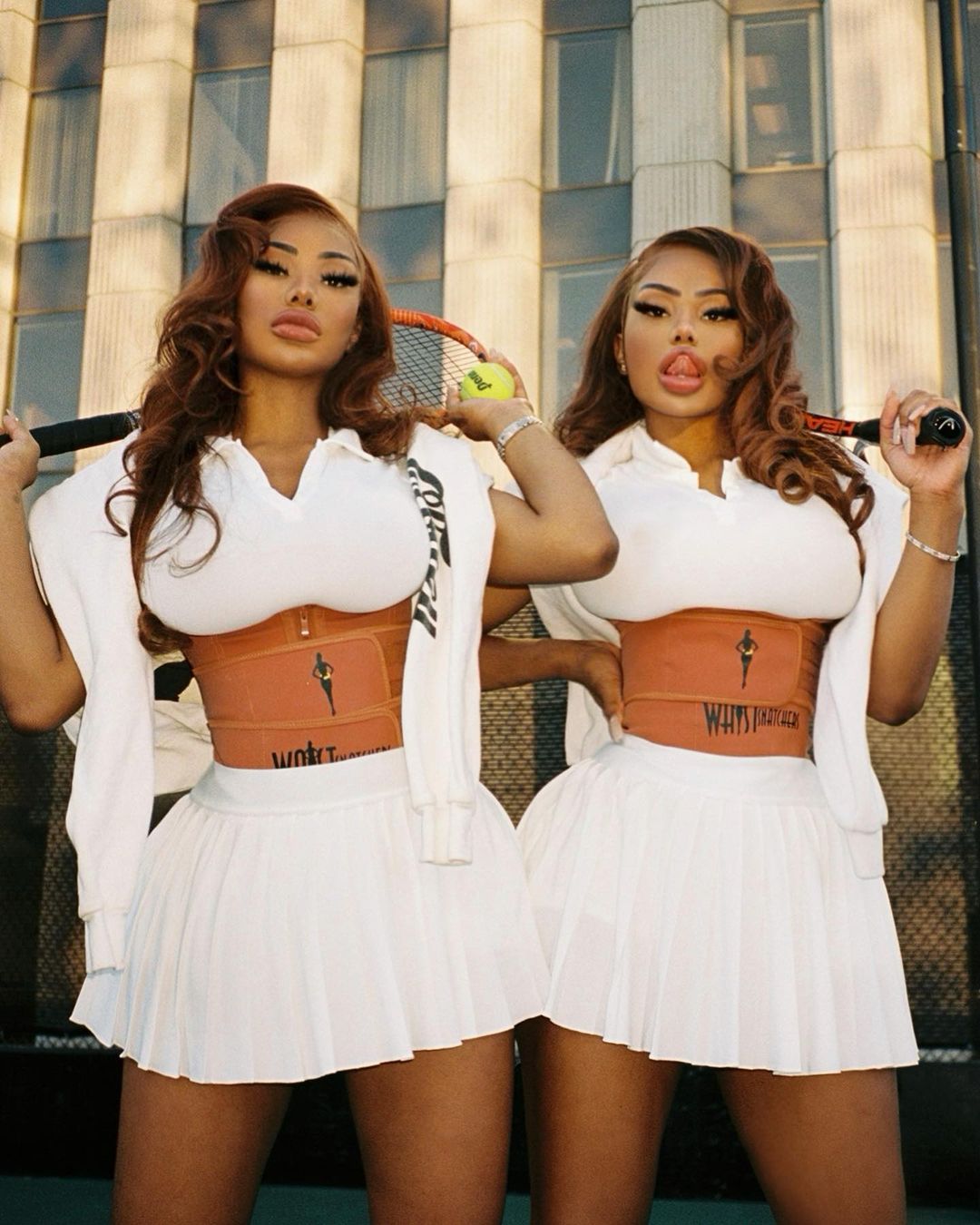 In an interaction with Refinery29 in 2018, the twins also explained how they felt after working with Brandon. They said, “We’ve loved his pieces and quality of work, so when he reached out to us [to collaborate] we were super excited.”

During the same year, the twins were cast in Kanye West’s Kim Clone campaign for the sixth season of Yeezy. They also told Refinery29 that their style is inspired by huge stars like Kim Kardashian and Cher. We must say over the last couple of years, they have managed to make a place for themselves in the world of entertainment.

They further explained their styles to the media outlet and said, “Shannade is a lot more timeless and classic in her style.” Shannon referred to her own style as “risk-taking” and “a bit edgier.”

Clermont further added, “Our whole brand is about us as twins. But we each bring our individual looks and styles to the table.”

Shannade went to jail before

We know this might come like a shock to all of you, but it is true. Shannade was put behind the bars for a year.  She was charged with wire fraud and pleaded guilty. It was reported that she stole the credit card of James Alesi. 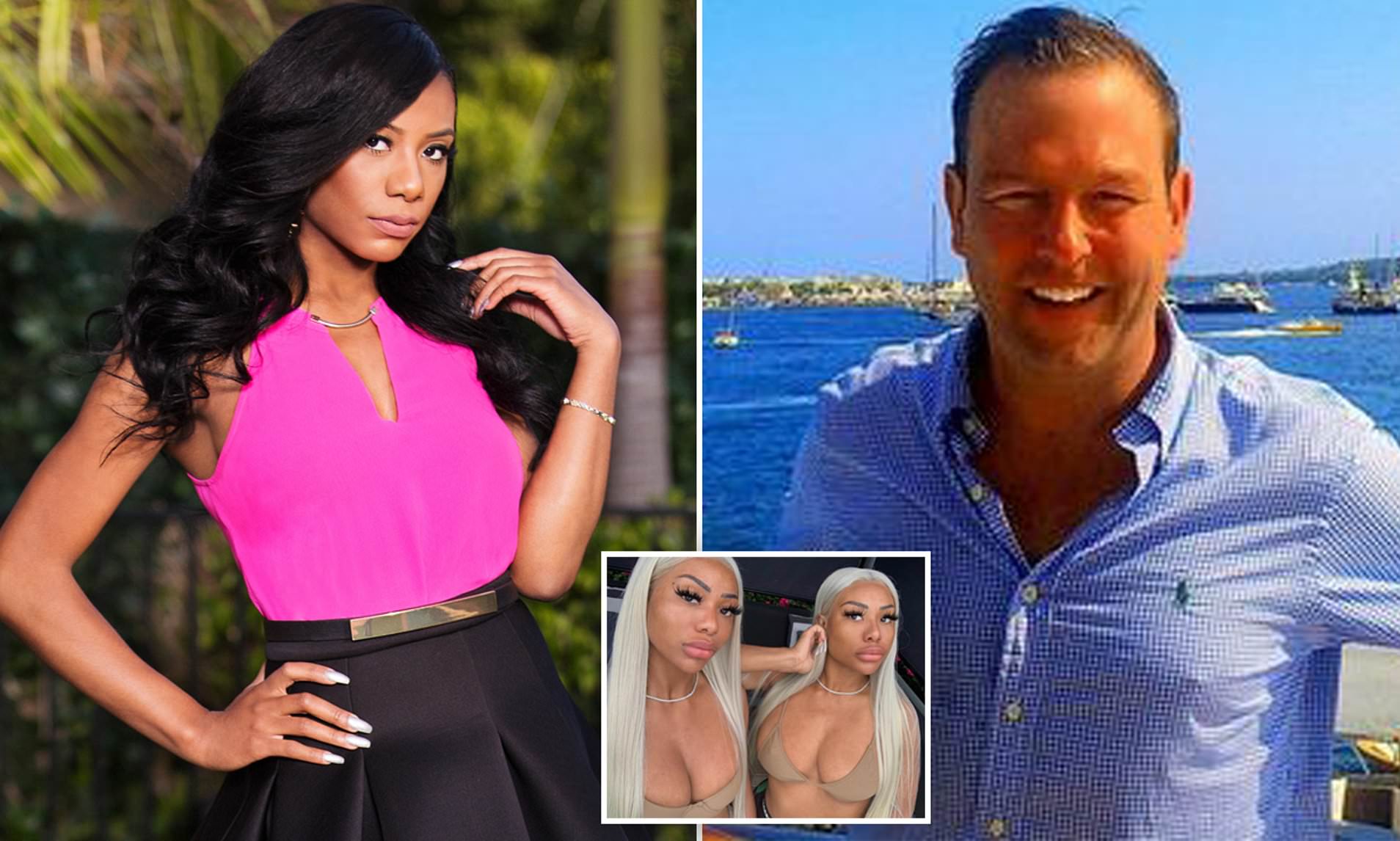 Clermont stated  Alesi was her “sugar daddy,” and she ended up spending more than $20k on her rent, flights, and luxury goods. Unfortunately, James is no longer with us. He died on January 31, 2017, the same night Clermont stole his credit card. The main cause of his death was an overdose of cocaine and fentanyl.

During an interaction with New York Post, Shannade talked about the whole incident and stated that she didn’t know that he had taken drugs. She said, “It was like, ‘Oh, he was a drunk mess.’ I was annoyed . . . [I thought] he was playing games. So I just left.”

Clermont claimed that she didn’t know that Alesi had overdosed. She further added,  “From the outside looking in, it looks like I knew he was dead and was like ‘haha’ . . . and that’s really sick.” Then, Shannade said that she didn’t know anyone who took heavy drugs and she didn’t have a clue about the fact that he was not just drunk. She went on to say that she was annoyed that he was a drunk mess.

According to Clermont, Alesi was awake when she left him that evening but the U.S. Attorney Geoffrey S. Berman said, “Clermont’s real-life bad behavior has real-life consequences and has now landed her in federal prison.” Shannade was sentenced to a year in prison for wire fraud in April 2019. She was released from jail in March 2020 and then after a while, she was shifted to a halfway house to complete the remainder of her prison sentence.

At the moment, there has been no official confirmation by any side about Ye and Shannade’s dating rumors. Don’t forget to stay tuned with us for the latest updates from the world of showbiz.