Meet Lotta Volkova: Did She Style The Looks For Balenciaga’s Controversial Ad Campaign?

Balenciaga, one of the most renowned fashion brands, recently came under fire over its controversial holiday campaign. Social media users are now searching for the brand’s big names, people who are responsible for featuring children and toys themed around the bondage bond. The company, however, posted another lengthy apology yesterday (Nov. 28), taking full responsibility for its negligence.

In all this chaos, fashion’s “fave it girl” Lotta Volkova has been dragged into Balenciaga’s controversy after photoshoots posted to her Instagram were unearthed featuring mutilation, satanic themes and violence. Read on to learn more about this stylist

Who Is Lotta Volkova?

Lotta Volkova was born in 1984 and grew up in Vladivostok, Russia. She started her first fashion label, Lotta Skeletrix (a jeanswear company) when she was just 19 years old. After that, Lotta moved to London to study fashion at Central Saint Martins college.

Described as the “coolest stylist in the industry” by Vogue, Volkova has worked with some of the biggest names in fashion, including Balenciaga and Jean Paul Gaultier. When she teamed up with the legendary creative director Demna Gvasalia, she instantly became a hit.

However, she decided to leave fashion and started focusing on styling. She has worked closely with Demna Gvasalia and styled many models at Balenciaga. Apart from this, Lotta was also in charge of “the casting, the styling and… also consulting Demna with the collection per her 2016 interview. Previously, Lotta Volkova along with Demna faced massive criticism for casting all-white models in the Balenciaga and Vetements autumn/winter runway shows. At the time, Volkova said she found the criticism of their casting choices “shocking.” During an interview, she revealed that “we cast certain characters for certain looks and felt we were paying a lot of attention to diversity.”

“We had Russian gay people in the casting, people from so many different cultural backgrounds. But I take this as a challenge now to pay more attention to the future. Not because I want to be politically correct, but because I don’t want to offend anyone,” she said in her defense.

T/W: These are shocking posts from Balenciagas stylist Lotta Volkova who has a sick obsession with torture, satan & child Mutilation

Notice a common theme with the brand now? #balenciaga pic.twitter.com/Wet0kKf5p8

She has also worked closely with Demna for Kanye’s Yeezy collaboration with Adidas. However, when Balenciaga’s controversial holiday campaign sparked massive outrage, many fans wondered if Lotta was designated for styling these child models.

Several social media users pulled out images from Volkova’s Instagram, which she has now set to private mode. Christian pundit, Oli London, posted some of these images to his Twitter page, writing that they “are beyond shocking.” It is not known if the images were styled by Volkova or simply shared on her social media.

In one image, a woman was seen lying on a pentagram as a satanic figure loomed over her, while another showed a woman dead on her side in a field. Her stomach could be seen ripped open and her entrails sprawling onto the grass beneath her. However, it is not confirmed if Lotta styled the looks for the controversial campaign. 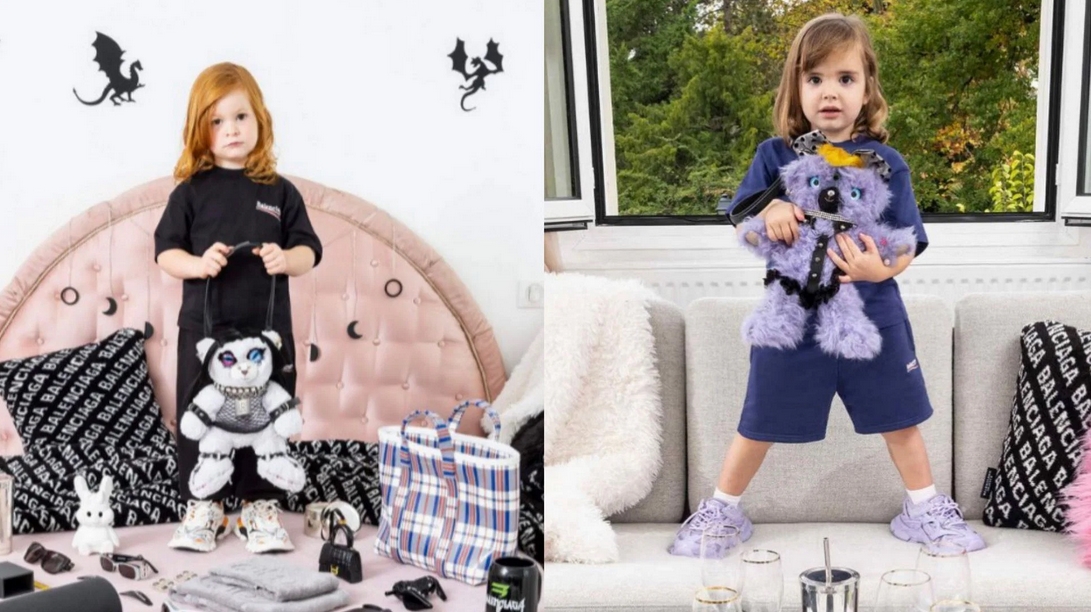 “We recognize the seriousness of this matter and condemn all forms of child abuse. We immediately removed the Holiday campaign from our platforms and will cease to sell the plush bears it featured,” a Balenciaga spokesperson said.

“We sincerely apologize for any offense our Holiday and Spring 23 campaigns may have caused,” he added. However, Balenciaga recently posted a lengthy apology, taking full responsibility for its actions and decided to take three major steps in response to what happened.