Meet Hedy Lamarr – A Beautiful Actress with an Intelligent Mind

Have you ever heard of an American actress who gained recognition not just for her movies but also for being incredibly intelligent?

We are talking about Austrian American actress ‘Hedy Lamarr’ who left her strong impressions on technology, thanks to her technical mind.

The stunning actress has contributed with her work by being a co-inventor on frequency-hopping spread spectrum (FHSS) which later paved the way to Wi-Fi, GPS, and Bluetooth which is widely used today. 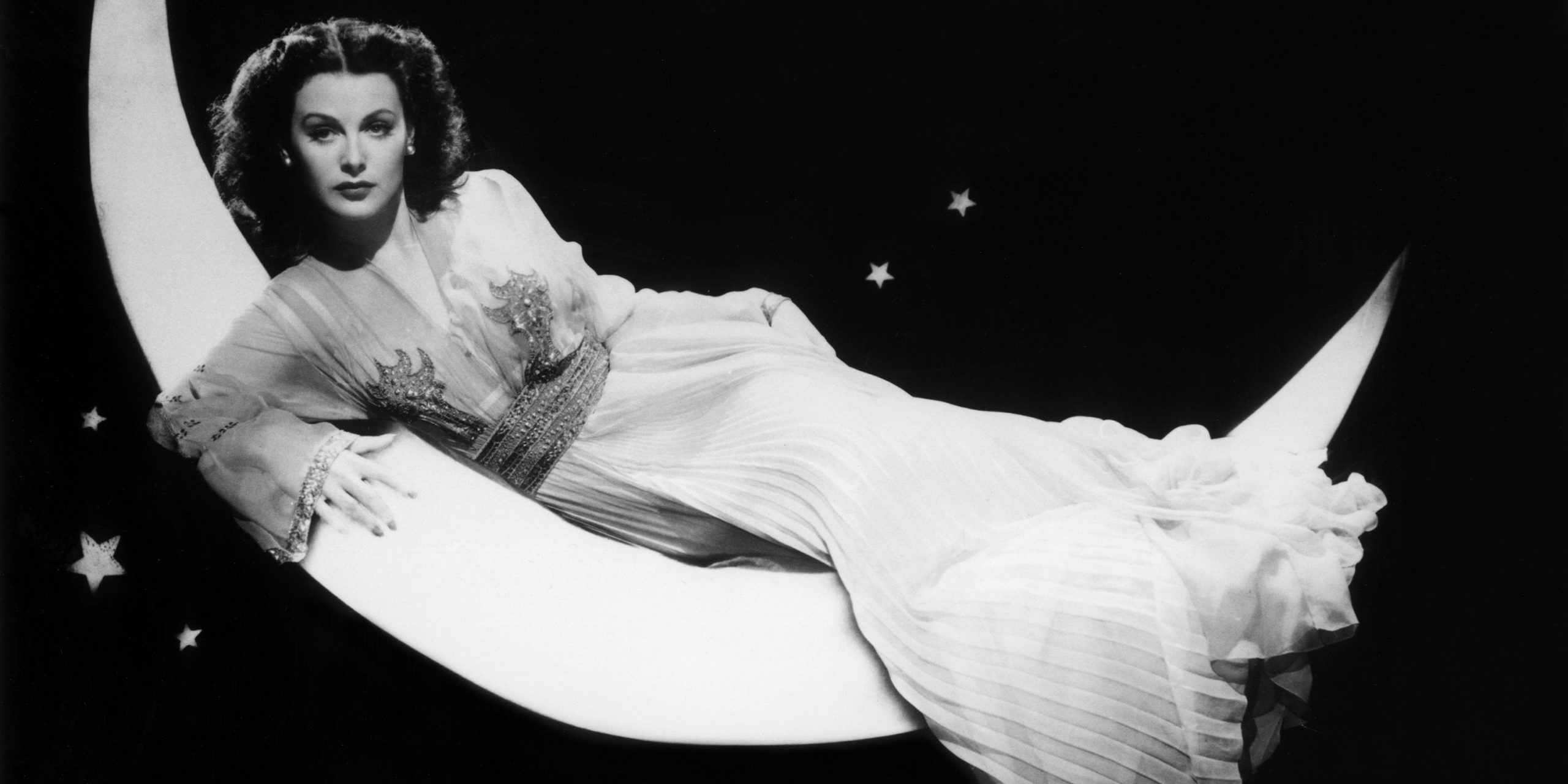 Hedy Lamarr who was an actress during MGM’s ‘Golden Age’ has been into films for around three decades. Hedy Lamarr who is also referred to as ‘The Most Beautiful Woman in Film’ was one of the most successful actresses of her time.

Hedwig Eva Maria Kiesler aka Hedy Lamarr was born on the 9th of November, 1914 in Vienna, Austria. Her father Emil Kiesler was a bank director at the Creditanstalt-Bankverein while her mother Gertrud ‘Trude’ Kiesler was a pianist.

Being the only daughter of a well-to-do banker, Lamarr received private education starting from the age of 4. She used to go to a private school which helped her in learning piano, ballet, language as well as natural sciences lessons. This helped in becoming a proficient pianist as well as a dancer by the time she turned 10. Also, Lamarr learned to speak four languages by then. 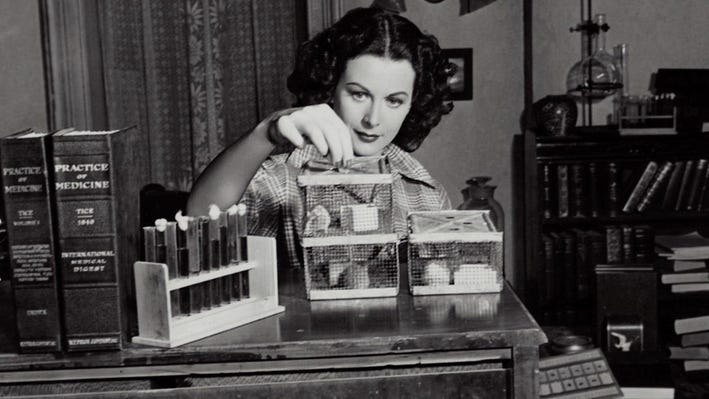 Right from her childhood, Lamarr was interested in acting. Both theatre and films attracted her. While she was a child, she used to have interactive sessions with her father on inventions and machines. Her father used to discuss with her different machines and how they work while taking her out for walks. Lamarr also won a beauty contest in Vienna when she was just 12. 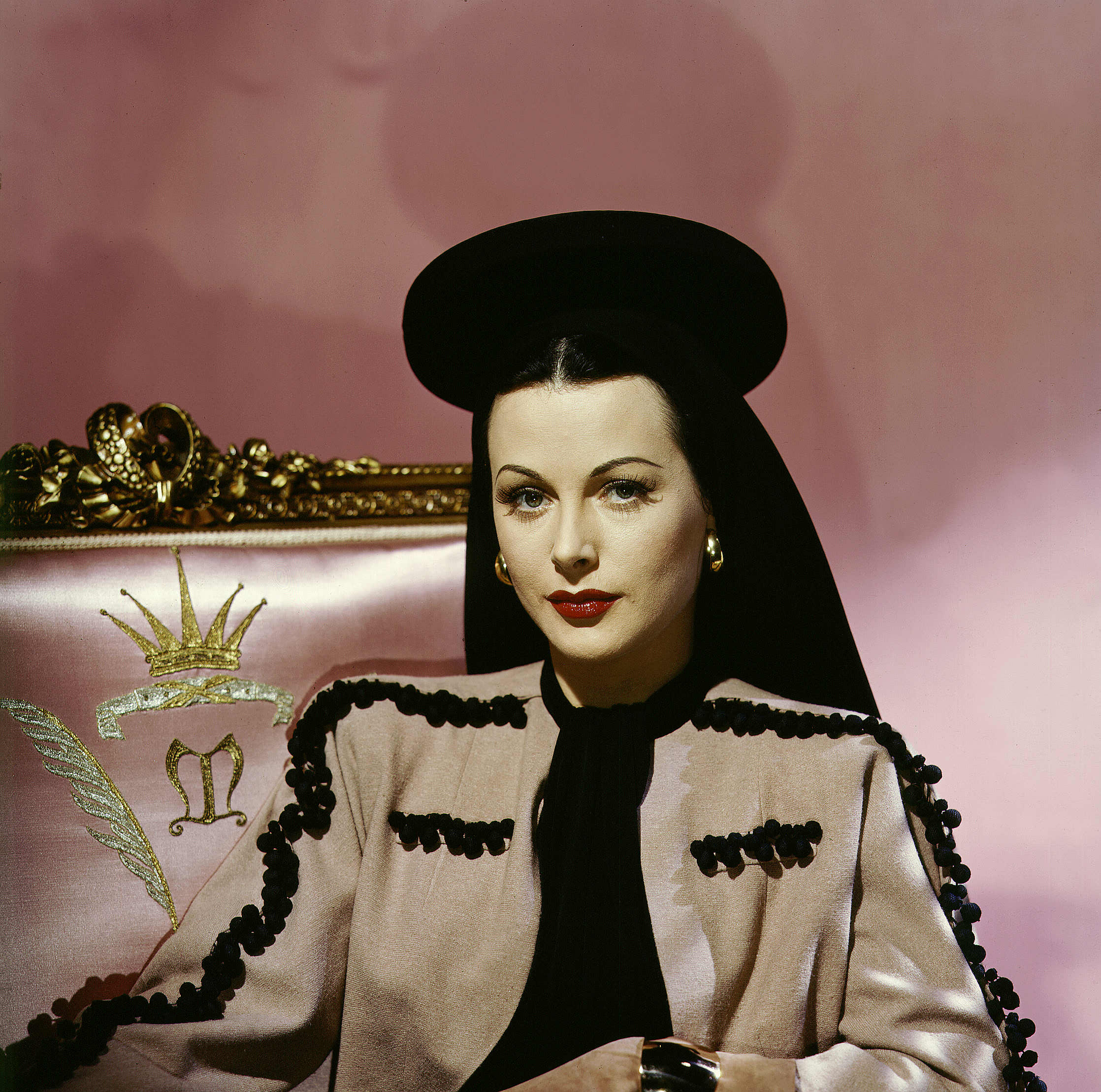 Soon after that, she got married to Austrian munitions manufacturer Friedrich Mandl in the year 1933. However, this did not happen to be a happy marriage for Hedy Lamarr. Mandl was said to be a controlling husband. He was not happy with Hedy’s orgasm scene in the film Extase. He didn’t want Hedy to continue with her acting career.

Hedy Lamarr while mentioning her marriage in her autobiography wrote:

“I knew very soon that I could never be an actress while I was his wife. … He was the absolute monarch in his marriage. … I was like a doll. I was like a thing, some object of art which had to be guarded – and imprisoned – having no mind, no life of its own. ”

Not being able to accept this life with Mandl, Hedy Lamarr ran away from both her husband and her country to the United States. There she joined hands with the Metro-Goldwyn-Mayer Studios (MGM) in Hollywood by signing a contract under the name ‘Hedy Lamarr’.

She has officially gone with the change of her name from Hedwig Kiesler to Hedy Lamarr in 1937 before making her way to Hollywood on being persuaded by Louis B. Mayer, head of MGM. 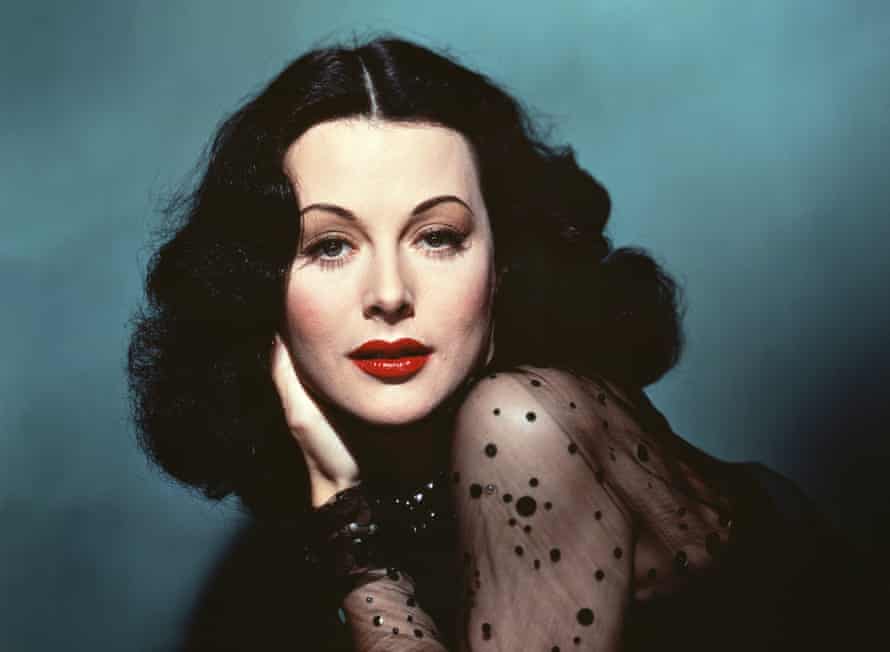 In 1938, Mayer started to promote Hedy Lamarr as the “world’s most beautiful woman” while introducing her to Hollywood. The year 1938 happened to be the major turning point for Hedy Lamarr as her first Hollywood film titled ‘Algiers’ was released then. Lamarr shared the screen space with Charles Boyer in the film Algiers which happened to be a huge box-office hit.

After that, Hedy Lamarr had no turning back as she became hugely popular and one of the most successful Hollywood actresses of that era. She got the opportunity to share screen space with the most popular male actors of the time which include Spencer Tracy, Clark Gable, and Jimmy Stewart.

Hedy Lamarr featured in numerous films during the 1930s and 1940s which received huge love from the audience. A few of her popular films include – 1940 film ‘Boom Town’ opposite Clark Gable and Spencer Tracy; 1939 film ‘Lady of the Tropics’ opposite Robert Taylor; 1942 film ‘Tortilla Flat’ opposite Tracy; 1949 film ‘Samson and Delilah’ co-starring Victor Mature among others. 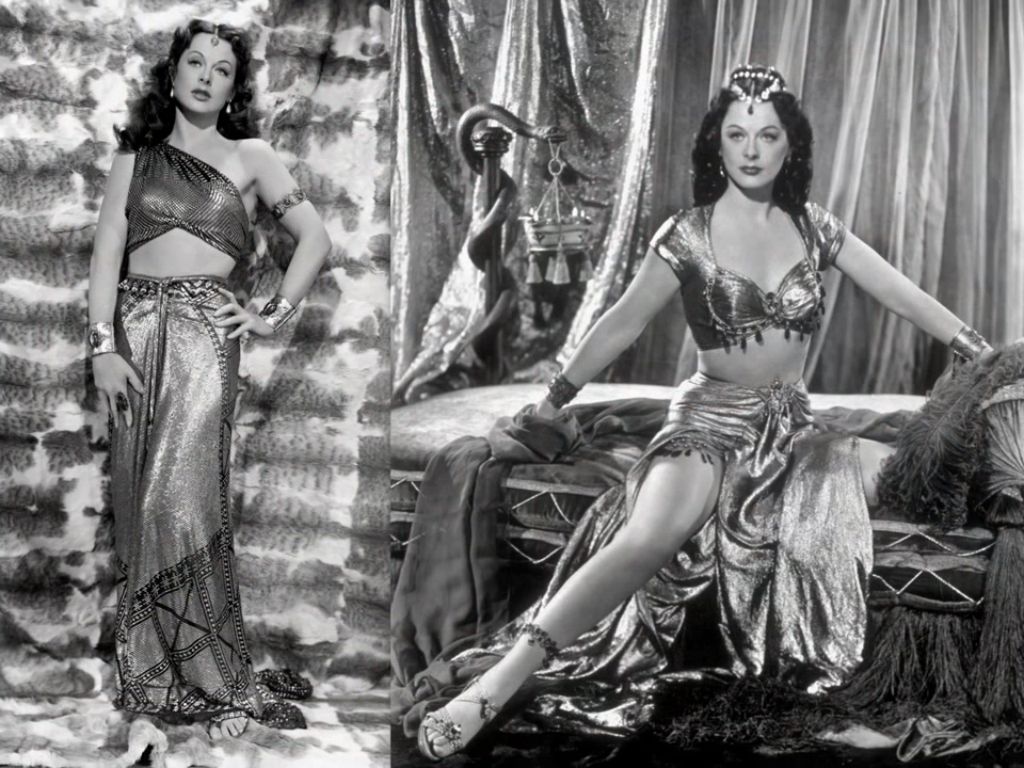 Hedy Lamarr’s last film under MGM contract was in 1945 which was a romantic comedy ‘Her Highness and the Bellboy’ paired opposite Robert Walker.

Slowly in the 1950s, Lamarr’s acting career started coming down. Hedy Lamarr was last seen in the film ‘The Female Animal’ in 1958 opposite Jane Powell. 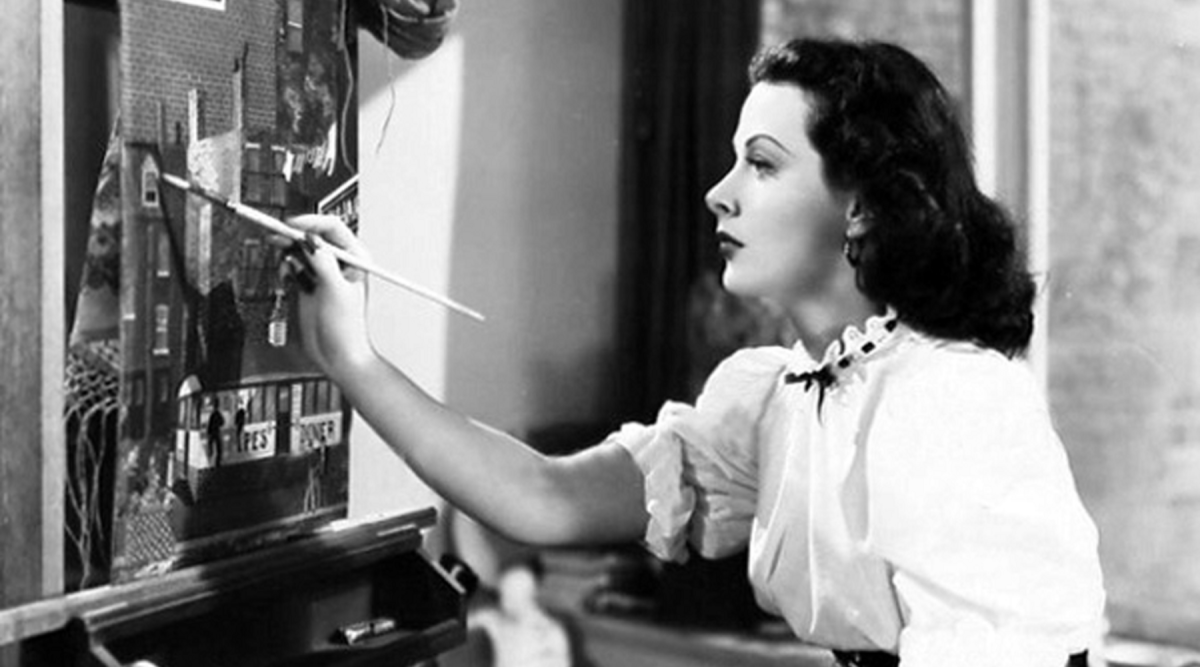 The gorgeous actress Hedy Lamarr who was extremely intelligent made her way into the innovative world of technology during World War II. Lamarr along with her composer friend George Antheil worked on the frequency-hopping spread spectrum (FHSS).

She wanted to come up with a frequency-hopping signal that cannot be tracked to stop enemies from being able to decode messages during World War II.

They together invented the ‘Secret Communications System’ for which they were granted a patent in 1942. The innovation which was actually made to defeat the Garman Nazis later contributed to technology development which helped in securing military communications as well as cellular phones.

However, Hedy Lamarr didn’t receive immediate recognition for her Communications System. Later in 1977, Hedy Lamarr and George Antheil received appreciation for their invention in the form of the Electronic Frontier Foundation (EFF) Pioneer Award.

“The brains of people are more interesting than the looks I think,” said Lamarr in 1990.

Also, Lamarr’s innovation happened to be the forerunner in developing Wi-Fi, GPS, and Bluetooth which is widely used by everyone today. 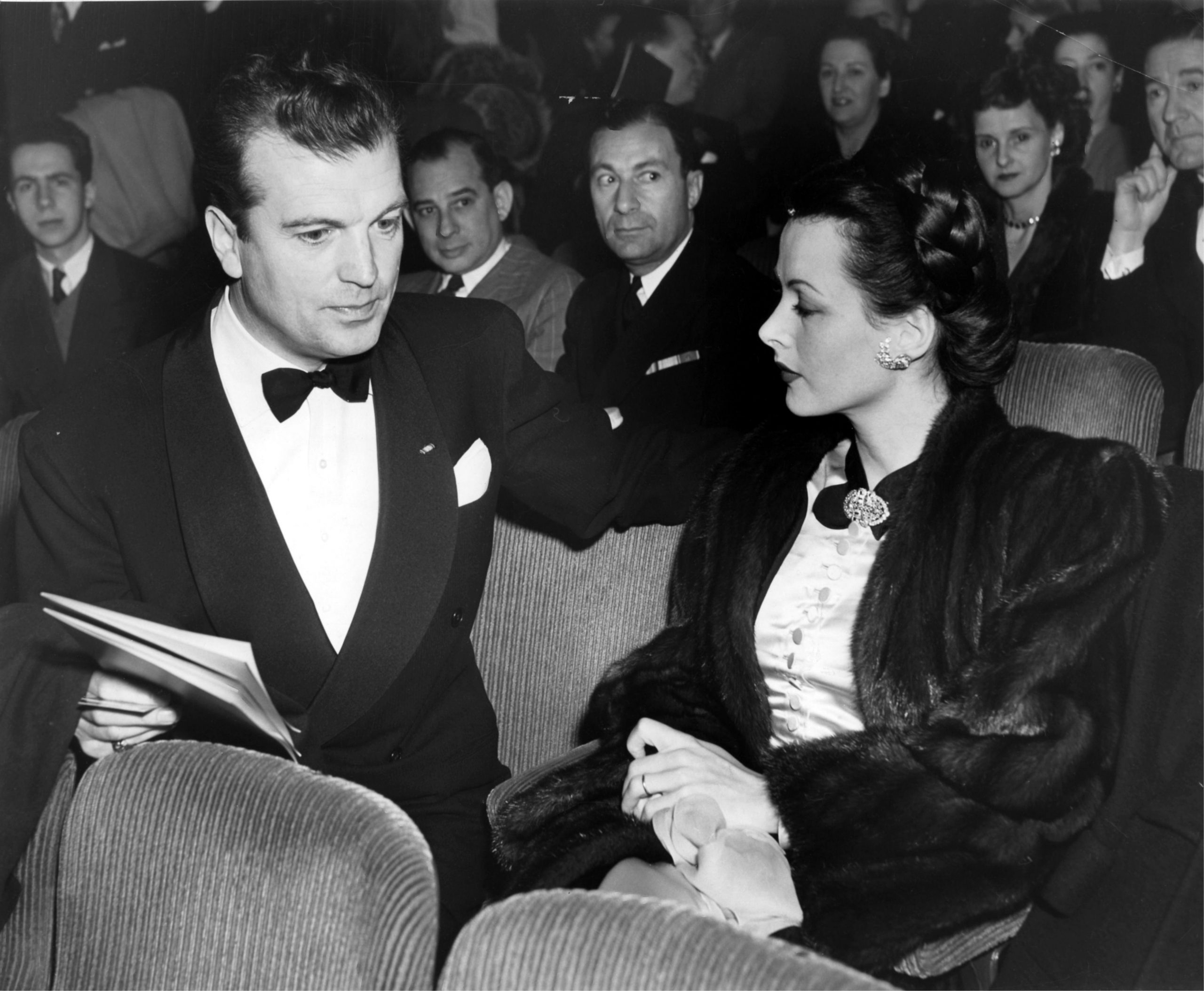 Lamarr became a U.S citizen in 1953 post completion of the naturalization process. After the divorce from Lewis J. Boies, Lamarr did not get into any relationship and remained single for the rest of her life (35 years) until she died.

Other interesting facts of Hedy Lamarr 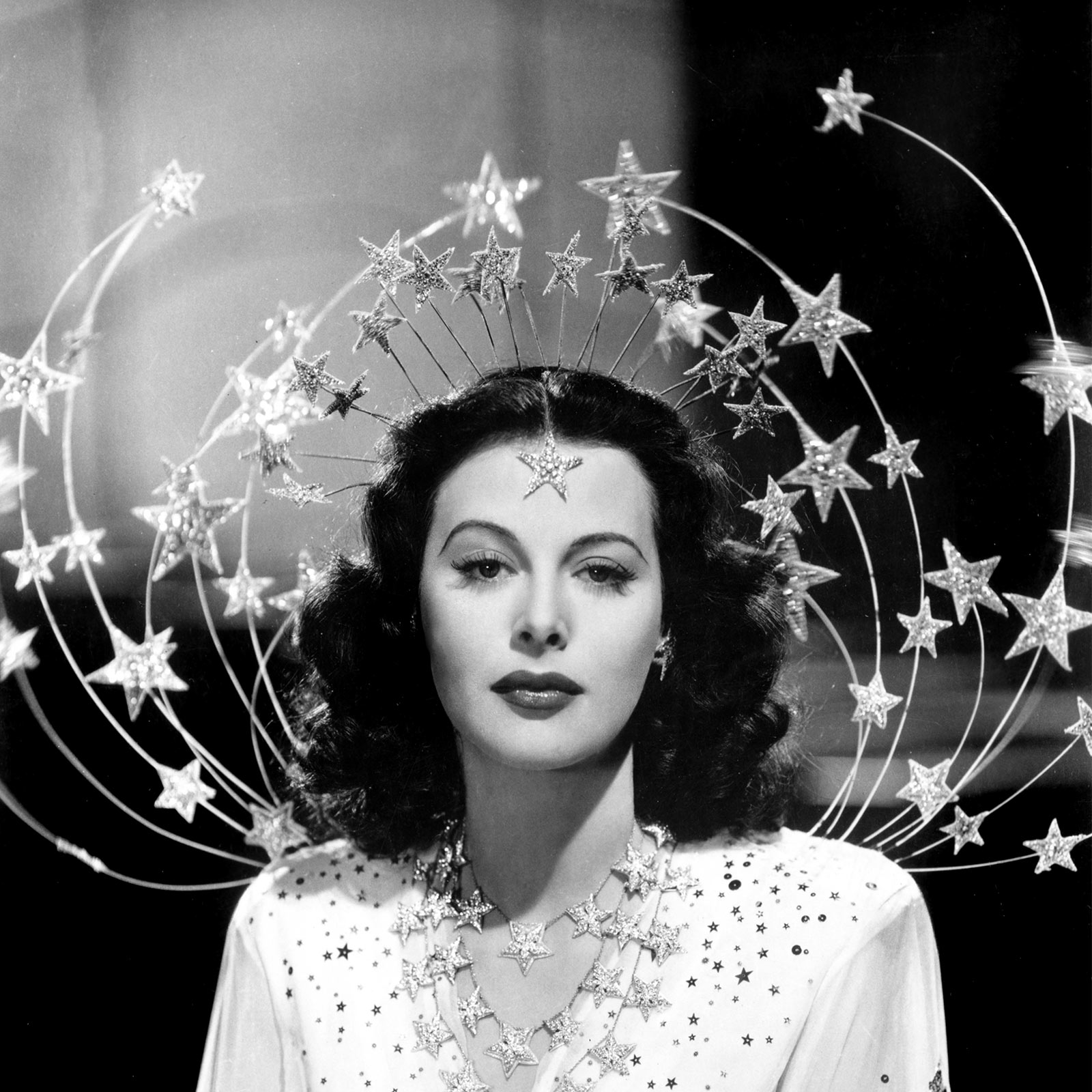 In the last years of her life, Lamarr used to communicate with anyone only via telephone be it her children or friends. She did not prefer spending time with anyone in person and many times used to spend around six to seven hours a day over telephonic communication only.

Hedy Lamarr died at the age of 85 in Casselberry, Florida on 19th January 2000, owing to heart disease.

Hope you like this article on the stunning actress Hedy Lamarr wherein we tried to put almost every detail of her life. Bookmark this page for more interesting articles!