Meet Dylan Dreyer: Everything About the Famous Meteorologist

Dylan Dreyer is a famous American meteorologist from Manalapan, New Jersey. She works at NBC News in New York, New York City. Her career as a meteorologist has brought her many fans to the country. She frequently appears on Today during the weekdays, and as a weather correspondent and fill-in for other shows, AI Roker and Carson Daly. Before joining NBC, she worked at the now-former NBS station WHDH in Boston in 2007. Dylan is married to a writer and producer, Brian Fichera, known for Amanda Wakes up and Today. The marriage took place in 2012.

Early Life of the Meteorologist

Dylan was born as Dylan Marie Dreyer on the 2nd of August, 1981, in Manalapan Township, New Jersey. By nationality, she is an American and has American ethnicity. Her family includes two brothers, James and Mike. Dreyer was brought up by her father, Jim Dreyer.

Her Association with NBC News

Dreyer has an established career as an American television meteorologist with NBC news. She is a well-known weather anchor and is seen rotating with fellow-anchor Sheinelle Jones in the Orange Room on Weekend Today and MSNBC during weekends. Besides appearing on Today on weekdays as a weather correspondent and a fill-in for AI Roker and Carson Daly, she appears on The Weather Channel and NBS Nightly News. The lady joined the news channel in September 2012 after working with WHDH in Boston till 2007. The station was owned by Sunbeam Television as a part of a duopoly with Cambridge-licensed CW affiliate WLVI.

The Big Announcement by Weekend Today

Earlier this year, Weekend Today announced that the meteorologist is leaving their weekend show. The reason wasn’t controversial. She stated she wants to focus more on her family. 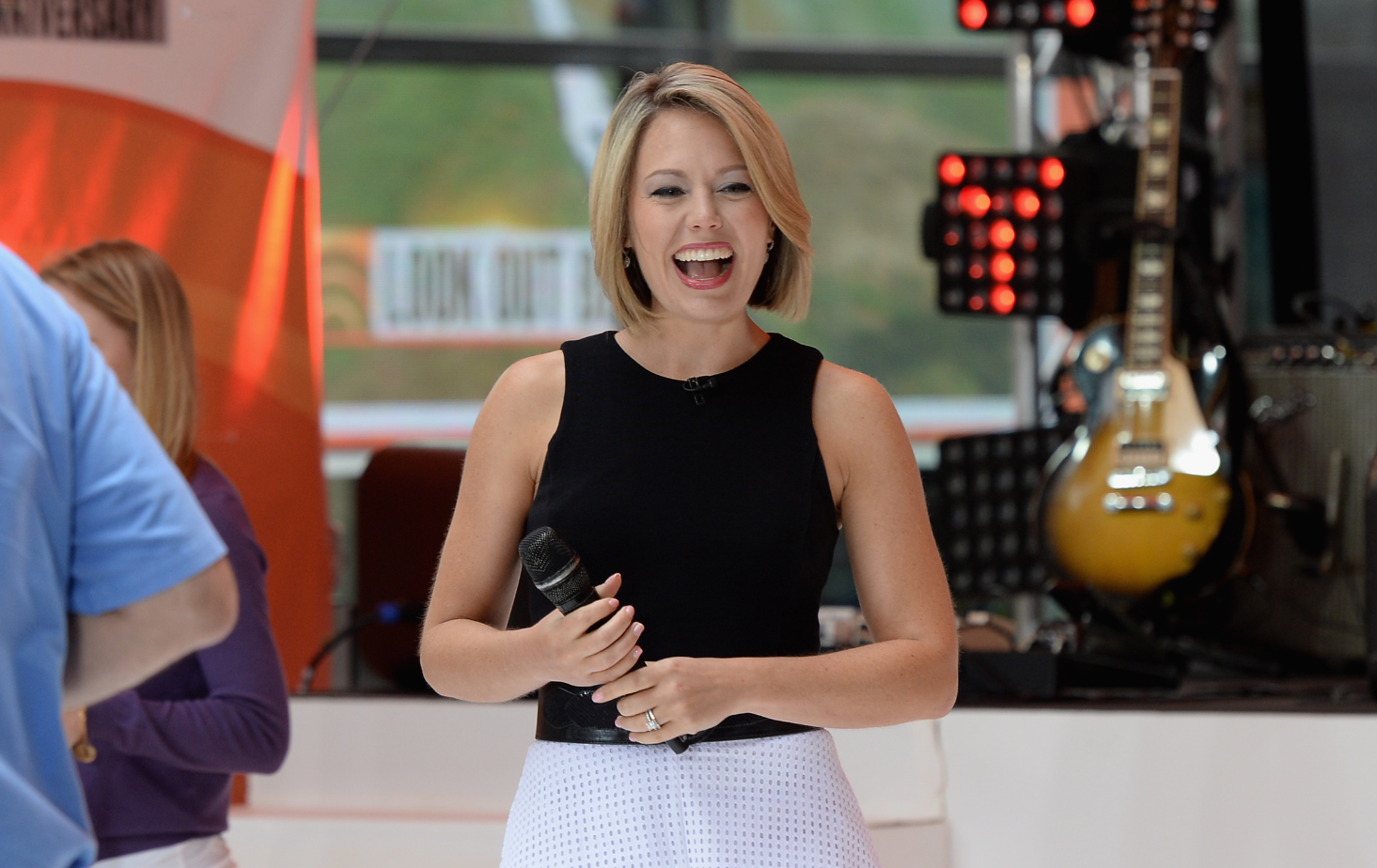 She hosted the last episode of the show in January. However, she stated that she will continue to co-host 3rd Hour Today on weekdays with AI Roker, Craig Melvin, and Sheinelle Jones. In the remote appearance, the meteorologist was seen watching a montage of her memorable moments before bidding goodbye to her weekend viewers.

Dylan and her husband are blessed with three sons, Calvin, 5, Oliver, 2, and Russel, who is just 3-months old. The announcement of the little one was made official by her in May 2021 after the couple experienced secondary infertility. The lady dealt with heartbreak after suffering a miscarriage before birthing her second son. In an interview in 2019 on Today, Dylan recounted her experience of realizing she had had a miscarriage and then facing the tough times focusing on her career and show.

Dylan’s co-workers supported her a lot in letting her come out of the dire situation. She even mentioned how they realized that there was something wrong with her, after which she confided in them.

Around three million women in the United States of America suffer from secondary infertility. This condition makes it harder for the woman to conceive a second biological child after having her first one.

We wish Dylan all the best for her career and a happy, peaceful time with her family.

Keep in touch for more news.

Enjeela
A content-writer who writes a lot about Lifestyle. You will see me reading a book or listening to Nirvana in my free time.
RELATED ARTICLES
Latest