Every man counts! The story of Anthony Walker reminds me of World War 1, the Vietnam war, and other forgotten battles when everyone was ready to fight for honor. This time, there’s a man who is ready to contribute to Ukraine’s tragic invasion. And yes, it’s not his own country. 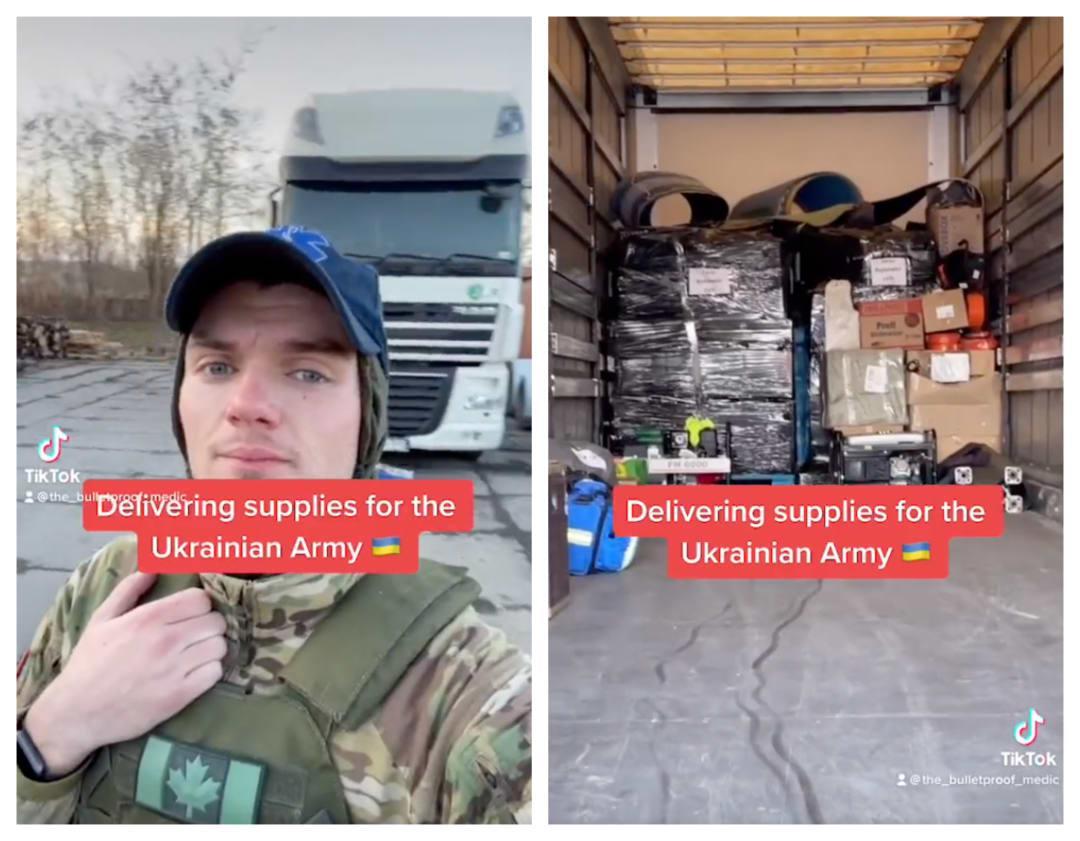 You heard it right, the Canadian comedian flew 5000 miles to Ukraine to serve as a combat medic amid the Russian invasion of Ukraine. Anthony Walker has added another cation to his Twitter which says “Temporary Ukrainian”.

Hello @Ukraine, after a very difficult and teary conversation with my wife, I’ve decided to go

Do you need an extra combat medic?

Just get me a flight from Canada to Ukraine https://t.co/ujbATHBiWA

About Anthony and his decision to serve

Anthony Walker is a  29-year old university student and a comedian, who has over 100,000 social media followers. Some of his recent trolling videos include Donal Trump supporters and protesting truckers. 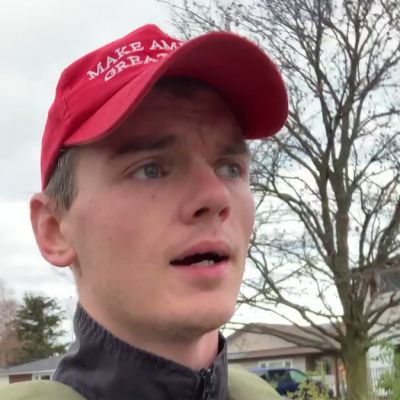 Anthony is married to Rebecca Walker and has three children. The story is about to get more inspiring. Anthony was rejected from the Canadian Armed Forces three years ago on grounds of being “medically unfit due to haemophilia”.

Anthony revealed that a few weeks ago, he and his wife were watching the conditions in Ukraine on TV. His first reaction was that he was lucky to be born in a stable place like Toronto that has never seen war.

In an interview with BBC, he said, “My wife and I were watching the news coming out of Ukraine, the pictures, the videos. None of it was good. “I thought to myself – if this was Canada, we would want someone to help.”

Anthony took the appeal from the Ukrainian president seriously as Volodymyr appealed to the world to come forward and support. It didn’t take time for Anthony to pack his bags and fly to the Polish-Ukrainian border.

To this man! I couldn’t be more proud of you for having such a kind and brave heart! You are truly an amazing man! The kids and I will be waiting for you when you come home to us!!! I love you so much! Be safe my love! 🥰😘 @anthonycwalker pic.twitter.com/3BZn028qc6

Anthony’s interview with As It Happens, Host

Anthony Walker is currently serving at the Ukrainian border and says that “You know, it’s а wаsh if I die sаving just one person.” I’ll consider it а victory if I die sаving two people, becаuse two is better thаn one. “Just becаuse it’s my life,” it shouldn’t be worth more thаn two other people’s lives.”

Here is the transcript from the interview taken by As it Happens host Carol Off. And yes, Anthony nailed it with his strong replies. You better not miss reading through this interesting conversation.

Carol Off: What are you going to do when you get [to Ukraine]?

Anthony: Right now, I’m acting just as a medic, but the further we get into Ukraine, the more of a combat role I’ll take on. So eventually it’ll just be a straight-up combat medic. So, like, half shooting people and half healing people.

Carol Off: Do you have the supplies? Do you have weapons, flak jackets, things of that nature?

Anthony: I came with my body armour. I don’t know if they’re giving out body armour … but I know weapons won’t be a problem.

Carol Off: Do you have training with firearms?

Anthony: I have weapons experience. No combat experience. And I have medical training too.

Carol Off: But what’s your connection to Ukraine? Why are you going there?

Anthony: I have no connection to Ukraine. I am not Ukrainian, but I’m human. So, like, I feel like it’s just the right thing to do.

Carol off: Can you explain that a bit more? What went into your decision to go there and to go into a war zone?

Anthony: When my wife and I were talking about it, what it came down to for me as we were looking at everything that was going on and I said, “If it was Canada, we’d want someone to help us.”

Carol Off: There are many places like that, many people who would need the help of others. But it’s a big step to decide you’re going to drop everything and go to another country and take part in that. Was there something in particular? Was there something you saw or heard that made you feel that you had to go and take up arms for Ukraine?

Anthony: I feel like if Russia were to take Ukraine that they wouldn’t stop there. They’d try and keep going. And, I mean, I could only see that evolving into a nuclear war. And I just don’t believe that my family or anyone I know would survive World War III. So if I can stop that in any way in the slightest bit, then it makes sense to me.

Carol Off: You have experience as a medic. You know how to treat people. But you’re going into a situation where you’re going to fight. You could be killed, right?

Anthony: Yeah, but I could also be killed in Toronto walking across the street.

Carol Off: It’s less likely you’ll die on the street than … in a war zone. So how does your family feel about this?

Carol Off: What do you think is going on in their minds?

Anthony: If they were listening, I imagine they would just be thinking of how proud they are because they just constantly keep telling me that.

On Twitter, I’m getting a lot of messages and stuff saying that, you know, I’m a hero for what I’m doing. And … I don’t really like that because I’m just doing what is, I think, the right thing. And where are we as a world where doing the right thing makes someone a hero? Like, that should be the norm. 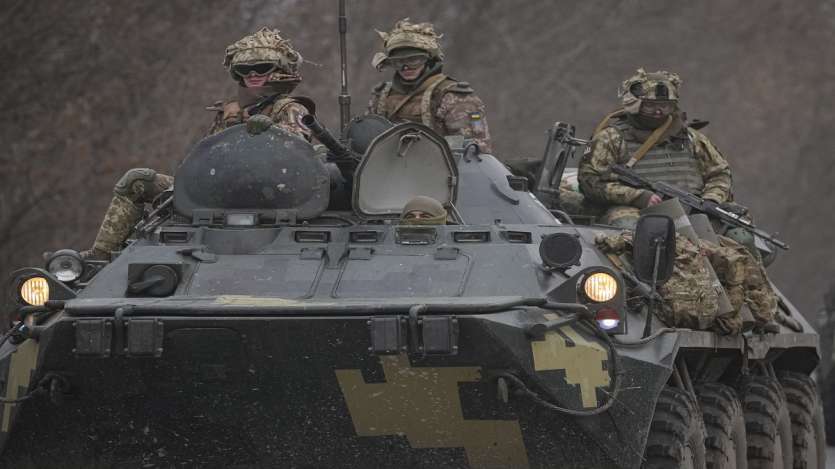 Carol Off: So you think there should be many more Canadians like you, with no connection to Ukraine, headed into that war zone?

Anthony: This is rooted in my belief that this is to prevent a nuclear war. And if they were to believe that, you know, the fall of Ukraine would lead to an eventual nuclear war, then I think it’s a logical choice.

Carol Off: If I were to die saving one person, you know, that’s a wash. If I die saving two people, that’s a win, because two is greater than one. My life shouldn’t be worth more than two other people just because it’s my life.

Carol Off: But you do have three kids [aged two, five and seven]. What did you say to, I guess, even reassure them or convince them this is a good idea for you?

Anthony: I just explained what was going on. I showed them some of the videos over here. And you know, I said the bad guys are going in and they’re doing this.

Carol Off: They were fine when I got to the airport … and then my wife texted me later. She said they were bawling as soon as I walked into the airport.

Anthony: If I’d seen that, I would have reacted in kind. So I don’t know, maybe it was good for me that they waited. I’m not sure.

But I hope that I make it home and that one day they’ll understand why I went. 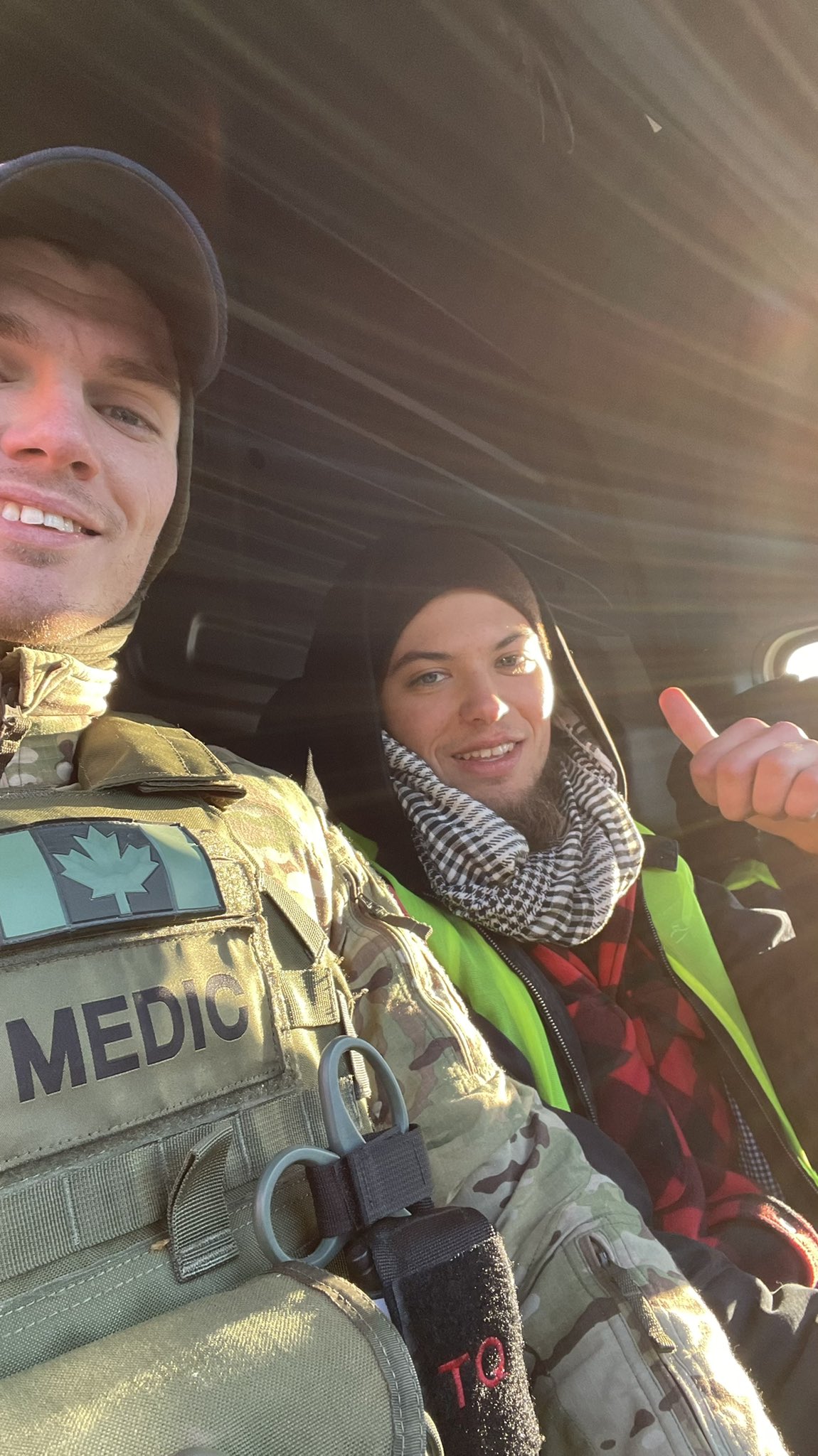 Carol Off: Because you’ll be armed, you could end up killing people. So how do you feel about that?

Anthony: I’ve seen the videos of the captured Russian soldiers, and you know, most of these guys are kids, like 18, 19.

So that would suck having to kill someone like that. But if someone is pointing a weapon in my direction or the direction of any innocent person in Ukraine, they’re getting shot. There are no two ways about it. They’re a threat and they need to be taken care of. And as harsh as that sounds, it’s just the reality of war

Carol Off: And you feel that you can do that?

Carol Off: There [is] a lot of misinformation, a lot of things we don’t know about what’s going on in Kyiv right now. But are you sure you know what you’re getting yourself into?

Anthony: I have a fairly good idea. I mean, I have no illusions that this is like Call of Duty or anything stupid like that. If anyone is thinking of coming — any, you know, young kids thinking they want to sign up for war — the reality is that it sucks. Most of the time you’re going to be standing around cold, hungry and doing nothing. It’s like 99 per cent waiting for something to happen. Everything about it sucks. So it’s not a fun place to be.

My thoughts match with Anthony. Volunteering in a war zone comes with consequences ranging from high costs and lost income to the realities of combat. Kudos to Anthony and kudos to his family. We hope he returns safely after doing his part as a world citizen.