There is always something unexpected that happens in life. So there was no shortage of glamour when Caroline Bryan, Luke Bryan’s other half, walked the red carpet at the 56th Annual CMA Awards on Wednesday night, November 9.

She is now lying-in bed recovering after undergoing what she revealed to be an unexpected procedure that she had to undergo. 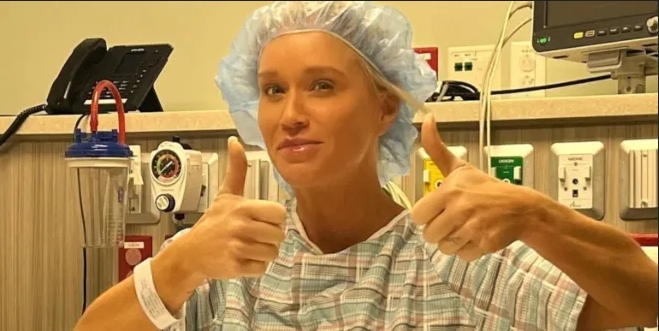 After Having A Hip Replacement Surgery, She Is In The Process Of Recovering

Taking to social media, the singer’s wife explained that she is recovering from hip surgery she underwent at the Bone and Joint Institute of Tennessee. Furthermore, she let her followers know that her family and friends are taking good care of her and that lots of love surround her.

Her caption read, “Well…unexpected hip surgery….but I got the best care and was surrounded by the most selfless friends ever!”

Among the photos Caroline posted on her slideshow of photos, she shared a picture of herself giving a thumbs-up while wearing a scrub cap and a hospital gown just before heading into the operating room.

A video was also posted in which she showed off the decorations that had been added to the walker by her bedside post-surgery, as well as a t-shirt that bore the slogan, “Straight Outta Hip Surgery,” which she found to be humorous. During the recovery process, Caroline keeps her spirits up by doing these everyday things that keep her heart high.

“Sweetest friends in the world,” she says in the video, and then reveals that three different friends came to lend her a helping hand, the visitors including her mother. There is no clear explanation as to why the hip surgery was performed suddenly, but it is clear that this was a required procedure that had to be done as quickly as possible.

Recently, Caroline Grabbed Attention When She Attended the CMA Award 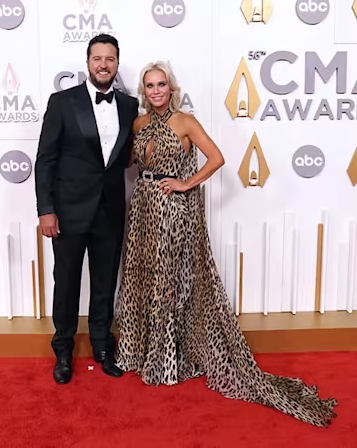 As part of the 2022 CMA Awards, which will be broadcast live from Nashville’s Bridgestone Arena, the event will air on ABC (8:00-11:00 PM/ET). There is also the opportunity to watch the event live on Hulu, where you can watch the stars in action.

Who Is Luke Bryan?

As one of this generation’s most renowned singers and songwriters, Luke Bryan is one of the most famous artists. With his debut album released in 2007, Bryan had already established a strong foothold in the music industry when he started his career in the mid-2000s. However, with his debut single, ‘All My Friends Say,’ he gained a lot of attention from the public.

In the following years, Bryan released his debut studio album, ‘I’ll Stay Me.’ After releasing some albums and singles, his third studio album, Tailgates & Tanlines, achieved worldwide success. The album peaked at number one on the Billboard 200 chart and the Top Country Albums chart. ‘Crash My Party and ‘Kill the Lights’ were the other two albums that continued his success story.

Bryan became the only country artist on the Billboard Country Airplay chart to have six number-one singles from one album. However, it would be wrong to say that Bryan has limited himself to a country genre because he has achieved much of his fame as a country singer. Alternative rock is another genre Bryan has explored.

There is currently no information about the reason why Caroline underwent hip surgery. However, it was a necessary and quick procedure. We wish her a speedy recovery, and we will take our time.