Kanye West has been all over the internet for his disturbing social media behaviour. From lashing out at celebrities to posting heartbroken posts, “Ye” has been completely out of line. The rapper’s disturbing behaviour of dragging people down borders along the lines of harassment. Here is a list of celebs Ye recently targeted for no good reason. 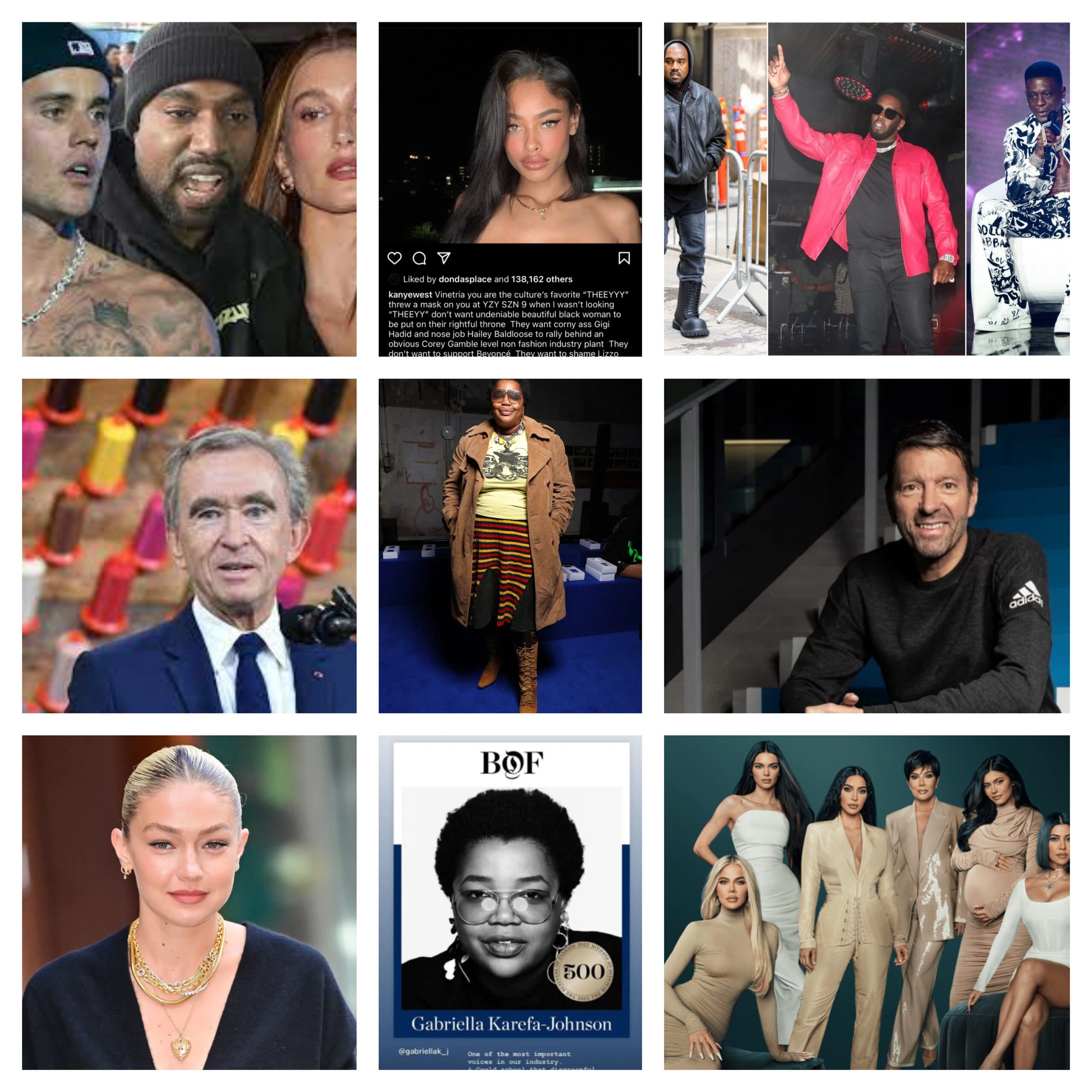 In retaliation, Kanye bullied her with three Instagram posts wherein he mocked the New-York based stylist for her dressing style. He claimed that Gabriella is “not a fashion person”. From mocking her for her boots to making fun of her Instagram profile, Kanye left no space for the lady to breathe. Alongside a picture of Johnson, Ye wrote: “This is not a fashion person You speak on Ye Ima speak on you Ask Trevor Noah. Gigi Hadid, who is barely seen as a subject of any social media war, came forward to show her support to Gabriella Karefa Johnson by calling Ye ‘a bully and a joke’. She also posted a story wherein she wrote: “One of the most important voices in our industry and could school that disgraceful man in more ways than he knows.” Kanye dragged the “Victoria’s Secret” model and Venus down by writing a lengthy post, questioning their whereabouts when the Kardashian stopped him from meeting his children. In addition to this, Kanye has continued to bully Gigi Hadid in a sting of scathing social media messages, calling her a “zombie” and a “privileged Karen.” 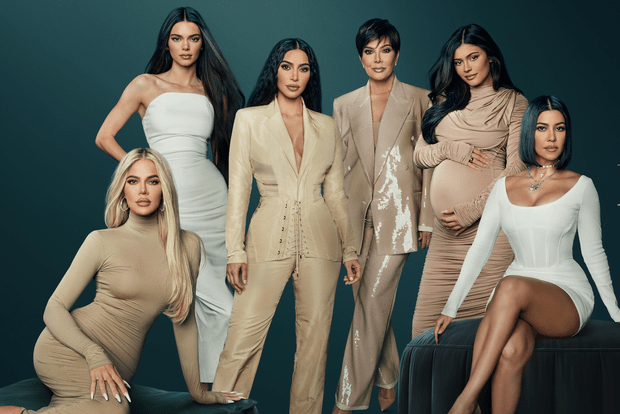 Even though the Kardashians never responded to his ‘disturbing social media behavior’, Kanye posted a lengthy note calling them “liars and kidnappers” following his ‘White Lives Matter’ controversy.

In a post where the 45-year-old rapper called the Kardashians “liars” and “kidnappers”, Khloe commented by addressing Kim by her legal name, Kimberley: “Ye, I love you. I don’t want to do this on social media but YOU keep bringing it here…Again with the birthday narrative. Enough already. We all know the truth and in my opinion, everyone’s tired of it.”

Kanye posted this comment with another dirty rant for the Kardashian family. Referencing his daughter Chicago, Ye wrote: “YOU ARE LYING AND ARE LIARS YALL BASICALLY KIDNAPPED CHICAGO ON HER BIRTHDAY SO SHE COULD REMEMBER HER FATHER NOT BEING THERE.”

In the end, Kanye expressed that he should see his children 100% of the time but since there’s a separation, it should have been 50% of the time. The rapper added, “Y’ALL WOULDN’T HAVE PLAYED WITH DONDA LIKE THAT IN JESUS NAME.” Kim, on the other hand, didn’t bother to address this rant. Hailey Bieber was another celebrity who came to Gabriella Johnson’s rescue after Kanye bullied her on Instagram following her criticism over his “White Lives Matter t-shirt. Kanye dragged down Hailey in multiple-social media rants, starting by warning Justin Bieber to watch out for his wife. In another social media rant, the “College Dropout” artist posted a picture of his rumoured girlfriend, Vinettria and made a derogatory pun of her paternal surname, by calling her “nose job Hailey Baldloose”.  In his post, Ye wrote, “They want corny ass Gigi Hadid and nose job Hailey Baldloose to rally behind an obvious Corey Gamble level non-fashion industry plant.” Justin Bieber has decided to end his friendship with Ye following his wife’s insult. In an Instagram post, Ye alleged that Bernard Arnault killed his “best friend”. He wrote, Arnault “KILLED MY BEST FRIEND”, accompanied by a photo of a statue of Virgil, an ancient Roman poet, seemingly referencing Abloh again. It all started during the Paris Fashion Week Show when ye wore a “White Lives Matter” t-shirt and called Bernard his “new drake”, referencing his old rivalry with the fellow rapper.

rest of the messages. assuming these capture the entire convo, seems like tremaine gave up communicating at some point because this is not a two-way conversation pic.twitter.com/CXM9nPVELM

After Ye’s comments about Luis Vitton’s Bernard Arnault, Tremaine Emory came to the LVMH CEO’s rescue and warned the rapper to not use Virgil’s name as part of his “victim campaign” and alleged that Ye “rode on [Abloh] in group chats” and other places. The founder of ‘Denim Tears’ wrote:

Ye tell the ppl why you didn’t get invited to Virgil’s actual funeral the one before the public one at the museum,” Emory said. “You knew Virgil had terminal cancer and you rode on him in group chats, at Yeezy, interviews…YOU ARE SO BROKEN. KEEP VIRGIL NAME OUT YOUR MOUTH.”

Ye has since been sharing his conversation with Tremaine all over his Instagram. In one of his texts, the American designer wrote: “You still ain’t tell the people why you weren’t invited at Virgil’s private funeral. “Why you rode on him when you knew he was sick. That’s the ether. That’s the shit you can’t address. The shit you can’t live with. All the hate you spewed on your brother.” Well, the war of words continues between the two. Titled ‘God Loves Us’, Ye’s Instagram post had a sub-head stating, ‘I know what you’re thinking–who is Kasper?’ The post also posed a question, asking ‘who Kid Cudi is’. As for Adidas, the rapper has been criticizing the company for stealing the creative concepts of his signature brand, the Yeezy shoe company.

Last month, Kanye took to his Instagram and took shots at Gap, the clothing brand, accusing the company of holding meetings without him. In a short video, Ye was seen ranting about the issue as some high-profile Gap executive stood in from of him. This was after the “Donda” rapper shared an Instagram post in late August stating: “Gap held a meeting about me without me?”

In this video, Ye angrily delivered a speech to several Gap executives, giving them an ultimatum about his position at the company, courtesy of his successful ‘Yeezy Gap Engineered by Balenciaga’, Ye’s Gap line. He said: “I love Gap…you have to really give me the position to be Ye and let me do what I’m thinking or I have to do the thinking somewhere else.

Kanye West took dirty shots at Donald Trump’s son-in-law Jared Kushner for unknown reasons. During a Fox interview, Ye commented on Jared, who is Jewish, and accused him of brokering the Abraham Accords for personal profit.

On Oct. 6, he also shared a now-deleted Instagram post, where he wrote: “F*** Josh Kushner. What if I had 10% of Karlie Kloss’s underwear line without you knowing? And you only had 5% without you knowing.” The 45-year-old rapper didn’t stop here! He then wrote, “Jared was holding Trump back. Ivanka is fire.”

Following his anti-Semitic rant, The American Jewish Committee (AJC), a historic Jewish advocacy group, posted a video on Instagram, accusing Ye of using “antisemitic tropes like greed and control.” Ye is yet to make a comeback at that, so it seems, AJC is his next target. Rappers Boosie Badazz and Puff Diddy are the latest entries in Kanye’s list of “celebrity rivals”. Over their criticism of Ye’s “White Lives Matter” designs in his YZY SZN 9 presentation at the Paris Fashion Show, Ye attacked Boosie and Diddy in his now-deleted Instagram updates.

In one post, Ye shared screenshots of a text exchange, stating Diddy “misspoke” to him. in another message, where Diddy was requesting a face-to-face meeting, Ye wrote, “fuuuuuck you” and called Diddy a “fed.”  As for Boosie Badazz, Ye shared an assortment of Google search results and urged Boosie in the caption to not “speak on me.”

Well, Kanye’s list of rivals is certainly long. Apart from the above names, Ye’s has a long-standing feud with artists like Kid Cudi, Taylor Swift, Trevor Noah, Pete Davidson and John Legend. The rapper’s ‘extremely disturbing’ social media behaviour has ignited rumors about Holywood deciding to ‘cancel’ him.
Over the weekend (8-10th October), Ye’s Twitter and Instagram handles were barred for his “anti-Semitic” post. While Ye still has a small list of supporters including names like Antonio Brown, Candace Owens and his dad, Ye surely needs help. What do you think? Did I miss out on a name in this article? Feel free to share.
Share
Facebook
Twitter
Pinterest
WhatsApp