Kodak Black Lashes Out at BET for Awarding Song of the Year to Latto, Calls the Rapper ‘Frappuccino’

Kodak Black has lashed out at BET and has gone on a ranting spree on social media, asking his followers to boycott the network. The rapper is apparently furious with BET for awarding the Song of the Year at the 2022 BET Hip Hop Awards to Latto for her track Big Energy.

Black was also nominated in the same category for his single Super Gremlin from the superhit album Back for Everything. The 25 year old rapper now claims that the award jury overlooked his track and even cited ‘women empowerment’ as the reason behind Latto’s win. Continue reading to know more about the film. 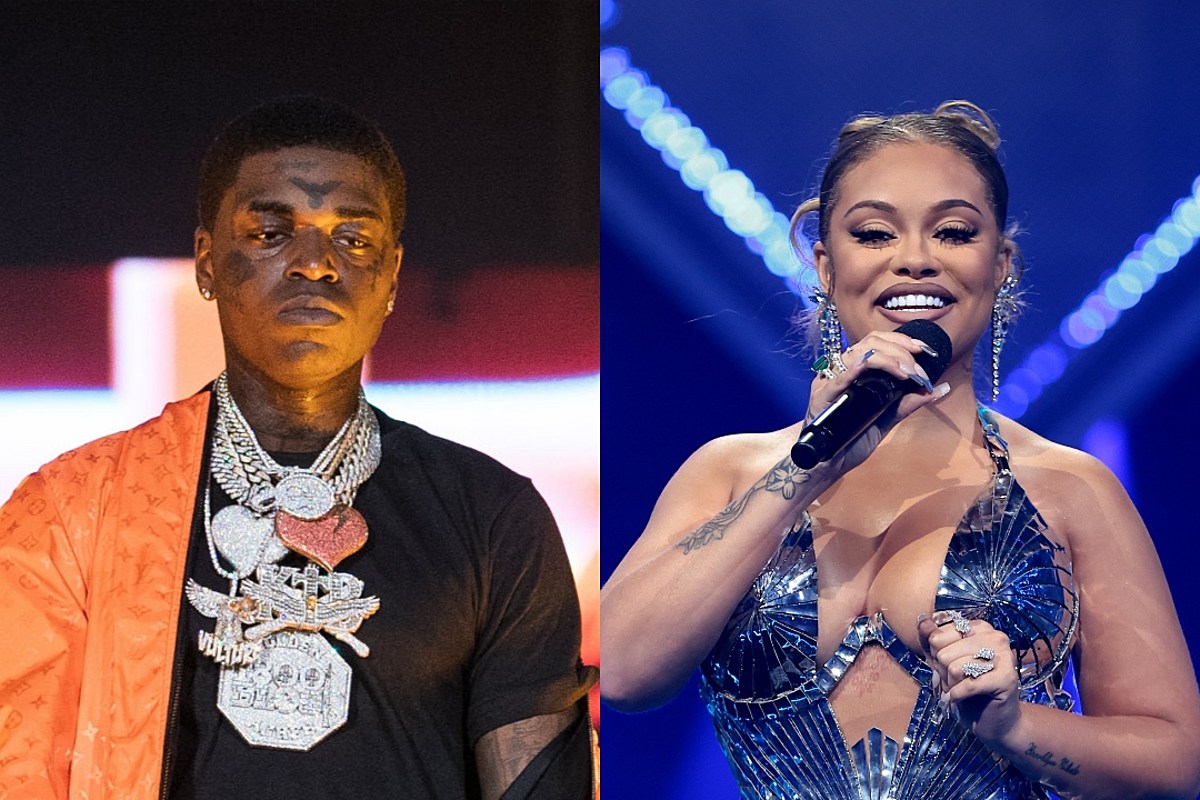 The 2022 BET Hip Hop Awards aired on Tuesday this week, awarding Latto the Song of the Year. The following day, Kodak Black posted a series of tweets slamming the awards. He even mockingly called Latto ‘Frappuccino’.

The rapper began his rant by tweeting, “The Woman Empowerment Sh*t Kool. Don’t Take Nun From Nobody But You Still Gotta Work For It! Don’t Jus Simply Give It To Somebody Kuz They A Woman !!!!! If That’s The Case Y’all Shoulda Gave Song Of The Year To Glorilla Not That Hating Ass Mutt.” 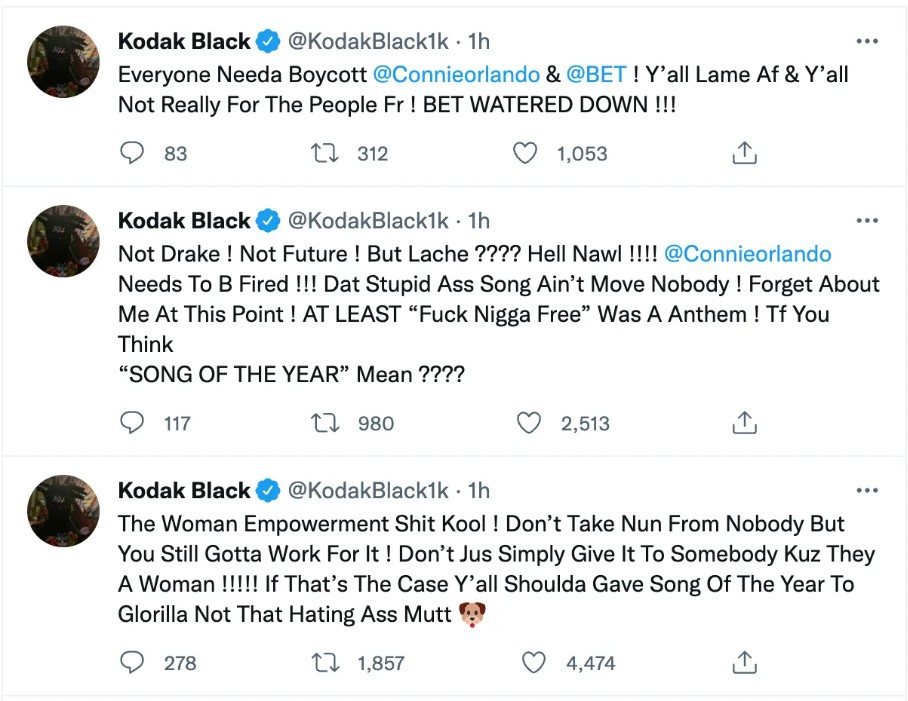 He then went on to demand that BET’s Senior Vice President Connie Orlando should be fired, tweeting, “Not Drake! Not Future! But Lache ???? Hell Nawl !!!! @Connieorlando Needs To B Fired !!! Dat Stupid Ass Song Ain’t Move Nobody ! Forget About Me At This Point ! AT LEAST ‘F*ck Nigga Free’ Was A Anthem ! Tf You Think ‘SONG OF THE YEAR’ Mean????”

Black even called for a boycott of the network by writing, “Everyone Needa Boycott @Connieorlando & @BET! Y’all Lame Af & Y’all Not Really For The People Fr ! BET WATERED DOWN!!!”

Kodak did not stop at the tweets. He then went on an Instagram live and said, “I swear to God, I told these people weeks ago, Watch, they finna play with me and they finna give it to Frappuccino. By the time it’s my turn to get my sh*t, they gon’ play on the women’s empowerment.”

Latto then reacted to Black’s name-calling by posting a series of sassy pictures of her on Instagram and captioning, “#Frappuccino” She then took to Twitter to pose the question, “What kinda Frappuccino I look like I taste like???,” taking a dig at Black.

Black and Latto have been at Loggerheads for some time now

The two rappers, who have collaborated earlier, do not seem to be on good terms for the past few months. Back in March, Latto stated that a male rapper had given her a hard time clearing his verse for her 777 album after she refused his sexual advances. Fans assumed that the rapper was referring to Kodak. 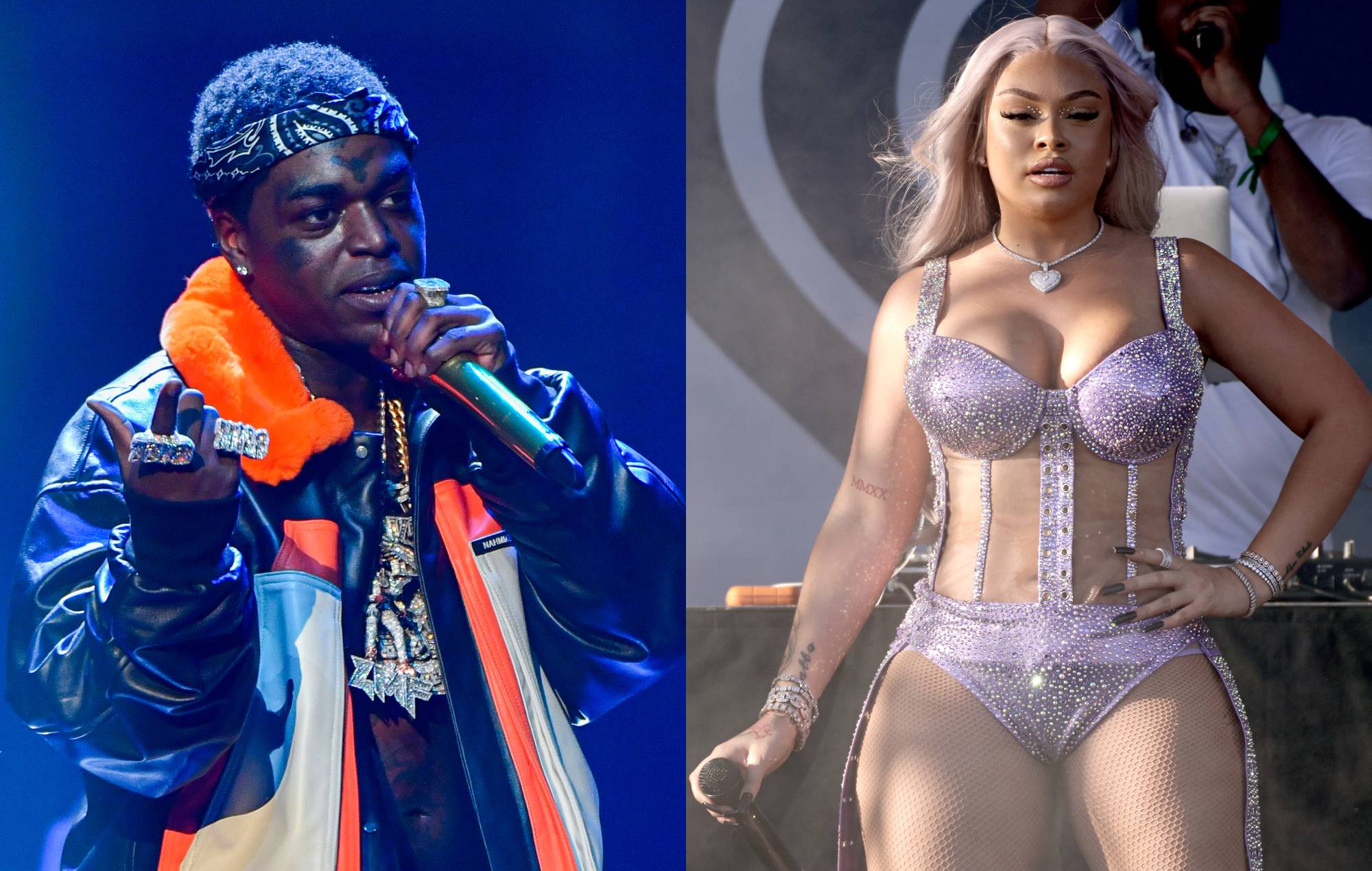 However, a podcaster then alleged that the rapper in question was Lil Wayne, to which Kodak reacted on Instagram, writing, “My thing is Why Tf this ain’t go viral like that other one when people was just automatically assuming me for no reason??? This lil internet sh*t krazy y’all stay on a nigga dick dawg be tryna make this perception of me for people to see on this sh*t when it come to me but f*ck ya. MONEY GOOD.”

What are your thoughts on Kodak Black’s call for BET’s boycott? Tell us in the comments section.