Kim Kardashian’s shapewear brand ‘SKIMS’ is all set to make its way to the upcoming Tokyo Olympics. SKIMS, which is a solutions-oriented brand will be designing undergarments, loungewear, and sleepwear for all the female USA athletes who are going to be part of the Olympic and Paralympic Games next month. 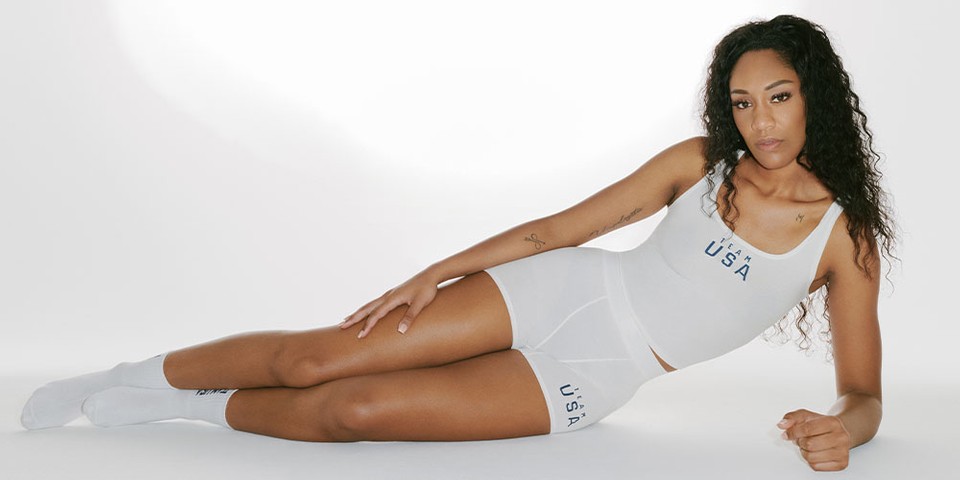 Kim Kardashian made this announcement on Monday, June 28, via her Twitter and Instagram posts. She shared that her clothing brand SKIMS has collaborated with the Team USA and will be the official designer of the athletes’ undergarments, loungewear as well as sleepwear during the Tokyo Olympics 2012. Not just that, but the limited edition collection of the brand will also be available to buy via the SKIMS website starting July 12.

She continued to share, “I traveled w my stepdad and family to all different cities for the Olympic trials, the Olympics and track meets of @caitlynjenner’s and at every stop I would buy an Olympic t-shirt as a souvenir. When I received the call inviting Skims to be a part of @TeamUSA 🇺🇸, every moment I’ve spent admiring the strength and energy of the Olympians from the sidelines came full circle.”

Kardashian shared through the post that she became a great admirer of the Olympics as she has grown up being around Caitlyn Jenner’s track and field meets. She added that she knows the importance of the Olympics Games to the athletes.

Skims, which was launched in September 2019 has been successful in raising $154 million via new funding, thereby improving the overall business value. The valuation of the company is $1 billion as of now. The brand is used by almost every social media celebrity. SKIMS is now a new official addition to the old long-term designing brands Nike and Ralph Lauren to the Olympics.

Peter Zeytoonjian, the Senior VP of consumer products at U.S. Olympic & Paralympic Properties said in his statement, “SKIMS’ shared mission and values of empowerment and inclusivity made the brand the perfect fit for Team USA”.

The Olympics are all set to kickstart in Tokyo on 23rd July.

Do not forget to hop to this space to know more interesting updates about your favorite topics.