Bollywood actress Kiara Advani has shared her first look from the upcoming film, ‘Shershaah‘ in which the actress will be seen opposite Sidharth Malhotra. Ever since the trailer of the movie was released, fans have been waiting to have a glimpse of the first look of Kiara Advani in the film. And that wait is finally over now!

Kiara Advani shared her first look from Shershaah by heading to her Instagram handle. The actress shared a new poster of Shershaah in which Kiara can be seen sharing a beautiful moment with Sidharth Malhotra by holding his hands. 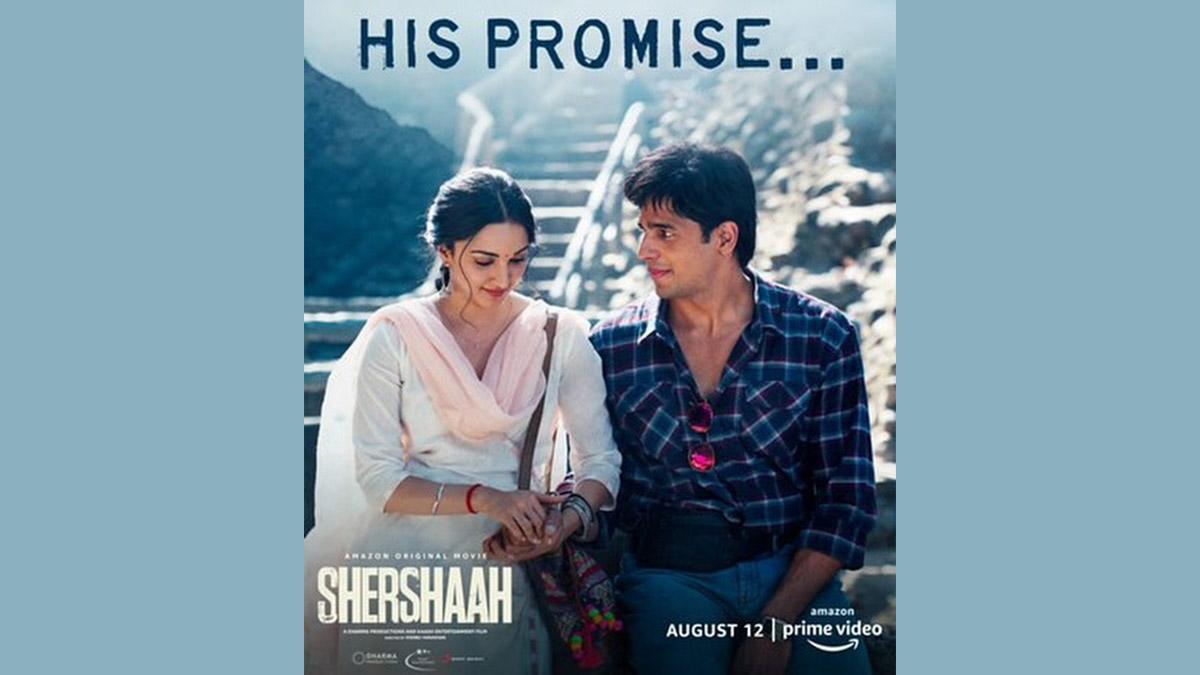 This is Kiara Advani’s first look of the movie as Dimple Cheema, the Fiancée of Captain Vikram Batra. The film is geared up to release on August 12 on Amazon Prime.

Kiara Advani shared her first look on Instagram by writing, “The only promise that matters is the one made between two hearts and this story shows that some promises last an entire lifetime and then more. #ShershaahOnPrime releasing on 12th August! (sic).”

Shershaah is a biographical war action film. It is helmed by Vishnuvardhan which is his debut film in Bollywood. Karan Johar is the co-producer of the film which features Sidharth Malhotra and Kiara Advani in lead roles. Sidharth Malhotra will be seen portraying a double role in the film.

The film is about the life journey of Param Vir Chakra awardee and army captain Vikram Batra, played by Sidharth Malhotra. Kiara Advani portrays the role of Dimple Cheema, Vikram’s fiancee. Vikram gets killed by enemy fire while trying to save a fellow officer. Dimple lives the life of a widow after Vikram’s death. Vikram died on the 7th of July, 1999.

The release date of ‘Shershaah’ has been announced by the makers a few days back. Shershaah which was earlier set to hit the theatres will be premiered on Amazon Prime.

Here is what Karan Johar has to say on ‘SherShaah’

Karan Johar, the film’s co-producer while speaking about Shershaah said that it is a homage to the courage of Indian soldiers. He said, “Shershaah is the true story of a war hero whose indomitable spirit and bravery brought victory to our nation. His sacrifices are invaluable and his life is an inspiration for generations to come. We are extremely glad to have found a home for what I believe is a true cinematic marvel, in Amazon Prime Video, and are excited to mark the beginning of a new chapter in our relationship with them. Shershaah is our homage to the valour of our soldiers and I hope every viewer’s heart swells with pride watching this film.”

So, let us wait for ‘Shershaah’ to raise its curtains on August 12 on Amazon Prime to witness the valour and sacrifice given by army captain Vikram Batra! Stay tuned for more updates!