Kevin Gates and his Controversial Comments About Beyoncé

It was last week when Kevin gates the rapper took over the internet and shocked everyone with the lyrics of his controversial song by the name ‘Super General.’ 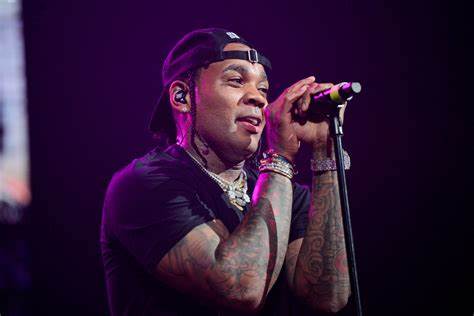 In his freestyle song, Kevin makes a disparaging comment about Beyonce’s urine and following the controversy around the lyrics of the song he even cancelled the meet and greet with his fans which were to take place in Texas.

We indeed know that Beyonce is a force in herself and Kevin Gates’s controversial comments about her have made people unhappy. Another half might have been entertained by his song which enabled him to gain traction on social media but this controversy has shaken him.

Texas which is Beyonce’s home state might have something to do with the cancellation of the event on Kevin’s tour but he stated that the reason for cancelling the event is some family issues.

The lyrics of ‘Super General’ which made it to the controversy list were debated in an interview which was broadcasted by Bootleg Kev in his podcast. In the interview when Kevin was asked about the lyrics regarding the Beyonce in his song, he reiterated what he said.

The lyrics read: “Don’t know if they into swingin’, Beyoncé need to let me hit her. Make her p**s all on this d**k, respectfully, her body shiver.”

He expressed that he called Beyonce the most beautiful woman and even said that he sat amongst the monsters who also had the same perception. He further said that he spoke on the behalf of the public and what people were already thinking.

He explained how Beyonce is the most beautiful woman in the world and that he would be ready to drink her urine.

Though Beyonce did not react to the comment made by Kevin Gate she did shock her fans when she released her latest comeback album.

It was the next day when Beyonce launched her surprise single ‘Break My Soul,’ this song is a part of her upcoming album which is on its way to release.

Fans’ Reaction to the Controversy

After the recent feature of Kevin on The Bootleg Kev Podcast and him mentioning the Crazy in Love singer in his freestyle Super General, people took to Twitter and bashed the rapper for his disrespectful comments.

When Jay-Z sees Kevin Gates, after comments about Beyoncé: pic.twitter.com/bjoznFUPOk

One of them tweeted that “Just heard a snippet of that Kevin Gates freestyle and that bar about Beyoncé is wild disrespectful. That’s somebody’s wife, bro.”

Another of the tweets wrote: “I wish Kevin Gates would leave Beyoncé alone.” A third continued: “Kevin Gates said he’d drink Beyoncé’s pee, and I am just disgusted like… what?”

One of them even wrote “Kevin Gates said he’ll drink Beyonce’s Piss, yo what’s wrong with these Clowns? Smh, 1 that’s another man’s wife and 2 why would you drink Piss period? Y’all like that Weirdo nigga though.”

Kevin Gates wild for this 😳😂😂 pic.twitter.com/Uhra14ScVG

In meanwhile, Kevin posted on his Instagram informing his fans and following that he would not be making any appearances at the planned Texas cities. In the post, Kevin expressed that the events in Dallas and Houston has been cancelled for unexpected reasons.