Keke Wyatt, American singer-songwriter, actress and television personality, recently revealed that she and her husband are all set to welcome their 11th child into the world. Keke Tearfully Shared That Her Unborn Child Has A Genetic Disorder

While announcing her pregnancy, she also revealed that the unborn child was diagnosed with a genetic disorder called Trisomy 13. She revealed this all to her fans during one of her shows on February 20th.

Keke went on to sing that when one of her sons was diagnosed with Leukemia Cancer, she said ‘Hallelujah’. She added ‘And recently I found out the doctor say my baby has Trisomy 13.’

What Is Trisomy 13, The Disorder That Keke’s Unborn Child Has?

Trisomy 13 is also known as Patau Syndrome. It is a genetic disorder where part of the Trisomy 13 chromosome appears 3 times. It may cause the child to have extra fingers or toes, heart defects, spinal cord or brain abnormalities, underdeveloped eyes, among other things.

Due to the complexities of the disorder, the mortality rate is quite high. Only around 5-10% of the children born with this disorder survive the first year after being born.

Her Son Rahjah Had Cancer

Keke has been pretty open about the family’s struggle when her older son got diagnosed with cancer. Her son Rahjah, who has healed completely, had lost a lot of weight drastically, which lead to the parents’ worry. 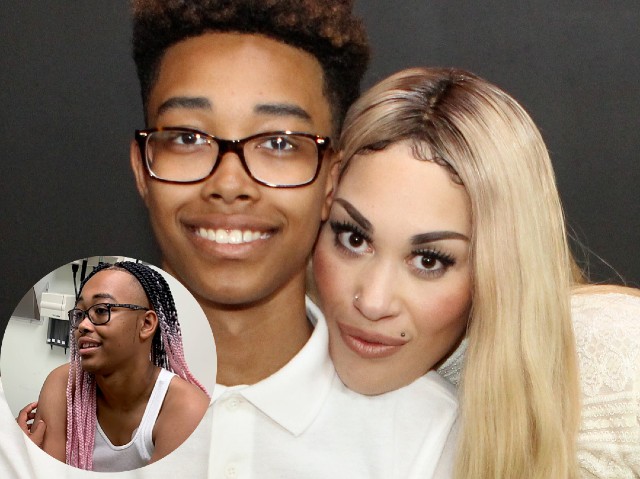 Keke revealed how devastated they were when they found that Rahjah had cancer. She said, ‘When she said leukemia, honey, my teeth literally started chattering.’ It was a difficult battle for the family as the kid suffered multiple seizures in the hospital. Keke said that ‘If there was ever a time in my life where I would lose my mind, that would be the day.’

Keke Got Angry At The Trolls

Keke took to Instagram to say that she never intended to share the news during her performance that day. But that she felt encouraged at the moment to share it so other women going through the same thing could have some courage.

She was upset about the comments being made about the child, ‘Say what y’all want about me, I’m used to it…No weapon formed against me will prosper anyway. BUT a innocent unborn baby?? Be careful putting your mouth on people.’

She also went on to say a prayer for the trolls by saying ‘I’d like to send a special prayer out for the rude, cruel people that took time out of their day to get on social media & make disparaging & morbid comments concerning my pregnancy.’

Fans came to her defense with prayers for the baby and encouraging words for the mother. Keke has been in the limelight for decades now so she is not new to the hate comments or trolls. But disrespectful words about the unborn child would pierce through any mother’s heart. Keke has been pretty open about her life with her fans and they hope that the hate comments will not stop her from sharing in the future as well.

Sharing stories of struggles give others a sense of relatability and a feeling that they are not alone in their struggles. But whenever stars have come forward to share their feelings, they have often been disrespected and trolled.