Katheryn Elizabeth Hudson aka Katy Perry breathes a sigh of relief. The American singer had a $2.8 million copyright infringement verdict against her. Now, she wins an appeal for the said against Christian rapper Marcus Tyrone Gray Flame for her hit “Dark House”. Katy Perry witnessed turbulence when a Christian rapper Marcus filed a copyright infringement SUIT against her in 2014 for her hit “Dark House”. He alleged that Katy had used his Flame’s track’s beat of “Joyful Noise” (2008) without his permission.

The American star and her team were ordered to compensate $2.78 million in damages. However, the jury verdict was overturned the following year.  Los Angeles Judge Christiana Snyder overturned the said verdict stating “the signature elements of the eight-note ostinato” in “Joyful Noise” was too simple to receive copyright protection.” 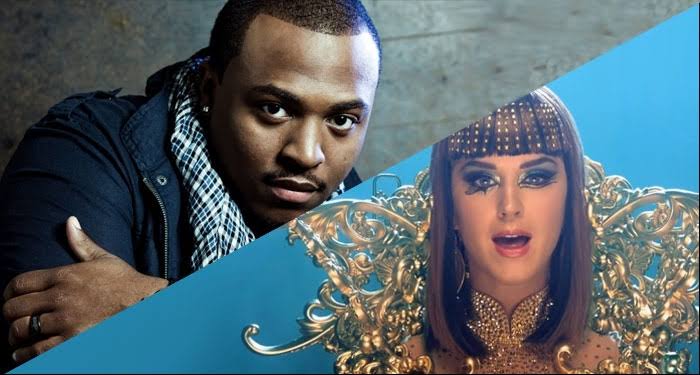 Gray did not give up on this battle. He again filed an appeal before the Californian court stating the incriminating similarity of timbre between the songs. He argued against the musicologist’s use of databases of melodies to determine instances of similarities in previous works.

In 2020, Gray appealed the decision by writing in a brief about the incriminating similarity of timbre between the songs, he argued against the musicologists’ use of databases of melodies to determine instances of similarities in previous works.

The Queen of Pop has won. The 9th U.S. Circuit Court of Appeals refused to reinstate a $2.8 million copyright infringement verdict against Katy and upheld the previous judge Synder’s verdict in her favour.

Katy Perry has influenced the pop sound and style of the 2010s. Perry won the Guinness World Record in 2015 for most Twitter followers. She also became the first person to have 100 million followers in 2017. And why not! She is the Queen of Pop and everyone loves her.

Time Magazine listed Katy among the “25 Most Influential People on the Internet” of the year in 2017. Well, she has the most ground-level interaction with her fans. Forbes listed her as the Top-Earning Woman in Music with $44 million earnings.

Many magazines label Katy as the”full-on-male-fantasy”. Well, her perfect body speaks all about it. She is also an active social worker. Katy is renowned for her work at improving the lives and welfare of children, which also made her the official UNICEF Goodwill Ambassador.

A present-day scenario of music cases Many stars can associate with Katy Perry and Gray’s legal battle. The copyright law is complex. As a lawyer, I understand how difficult it is for music attorneys to spend days in court learning about music and the song.

It is not an easy task to come out with a reasonable justice when it comes to such cases. Well, that’s what most music attorneys believe. McPherson, a music attorney who fought cases of stars like Lady Gaga stated  “In films, for example, there are things called scenes a faire — like a magician pulling a rabbit out of a hat. A judge doesn’t need an expert to know that’s not copyrightable. In music, there might be parallel [instances], but the judge is hearing opposing expert testimony from both sides and doesn’t really know scenes a faire in music.

He added, “so typically it goes to a jury, whereas with something similar in a film, the judge would have no problem dismissing the case.” Well, that is very true. I believe that such cases should be transferred to the Arbitration Court rather than a jury.

I think that would allow a speedy trail of such cases. That being said, Katy Perry’s Copyright Infringement case sets an example of the marvellous interpretations of the judges and attorneys associated with the case. What do you think about this case?