Kanye West pulled off a surprise Yeezy fashion show in Paris on October 3, but his attire at the event was even more surprising. The rapper wore a t-shirt that had a ‘White Lives Matter’ message on the back.

The last minute-fashion show was held to showcase YZY SZN 9 collection. The message was written in bold and white, without any context, over a black t-shirt. Continue reading to know more about the development. 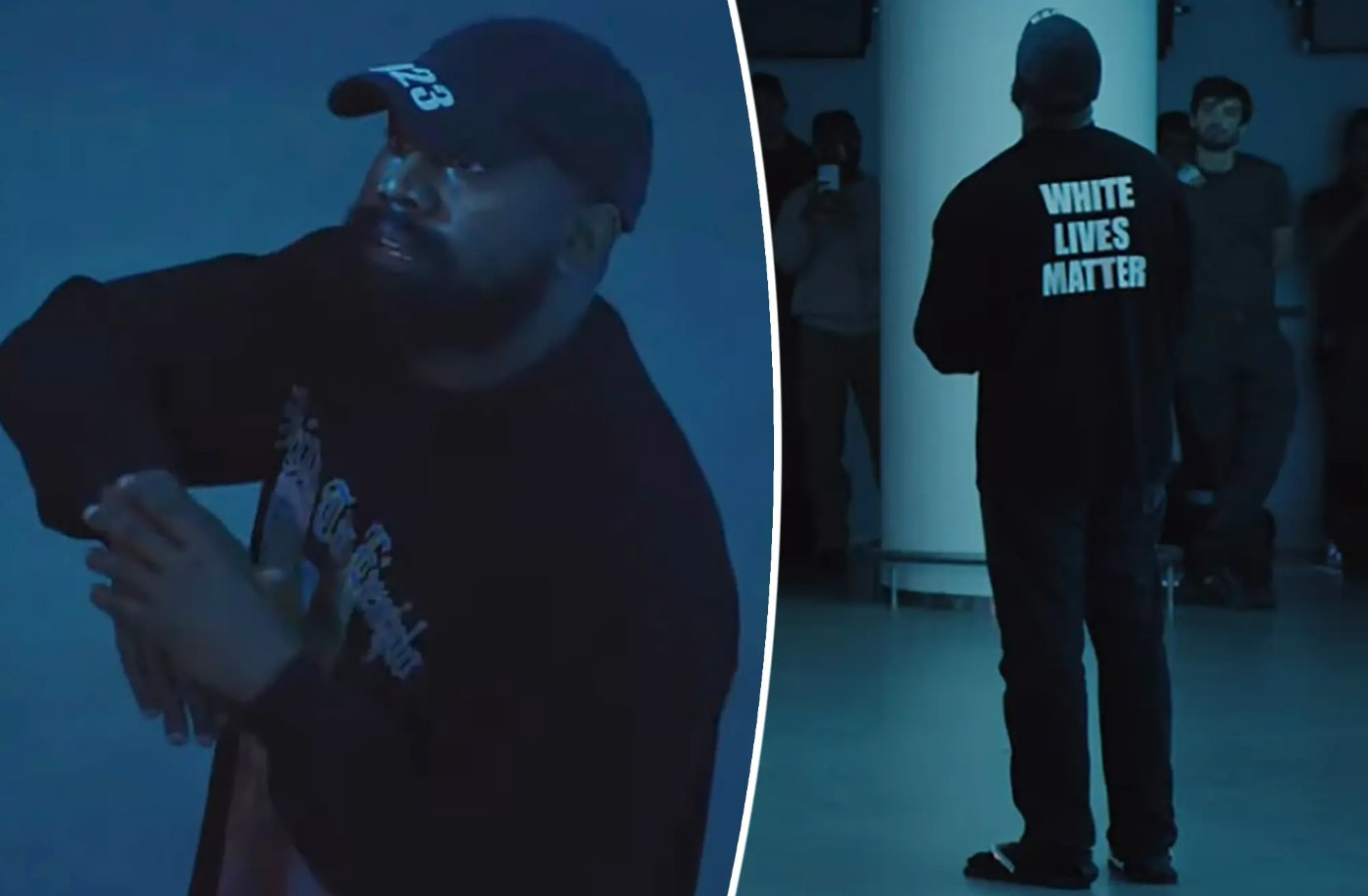 Along with the t-shirt, Ye rocked his signature diamond-studded flip-flops. The event was live-streamed on Ye’s official YouTube channel, and also featured a number of models wearing variations of the ‘White Lives Matter’ t-shirt, along with other Yeezy clothes.

The event apparently started an hour late, and before the models appeared, Ye gave a speech wearing the same t-shirt, which was also seen in multiple frames in the live stream. During the speech, Ye mentioned his ex-wife Kim Kardashian being robbed in Paris in 2016, his ex-manager Scooter Braun, his public fallout with Gap, and his struggles in the fashion industry. 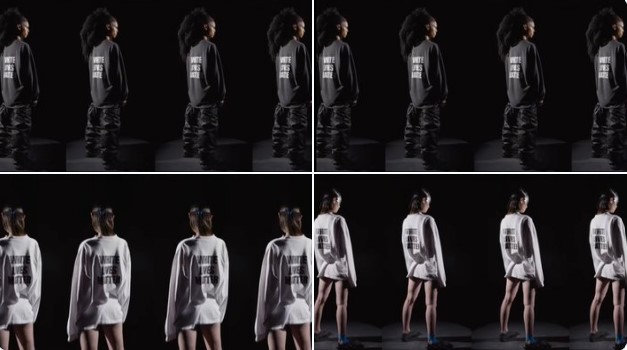 ‘White Lives Matter’ is a slogan often used by far-right ideologists and Trump supporters. Earlier, Ye had openly expressed his support for Trump.

Kim Kardashian was Rumored to Appear at the Yeezy Fashion Show

However, only Shayk, Campbell, and Hamlin showed up at the event. The show had background music by a choir who appeared to be students from the 45 year old rapper’s school, Donda Academy. The event is said to be planned at the last minute, with the clothing arriving only a day earlier on October 2. 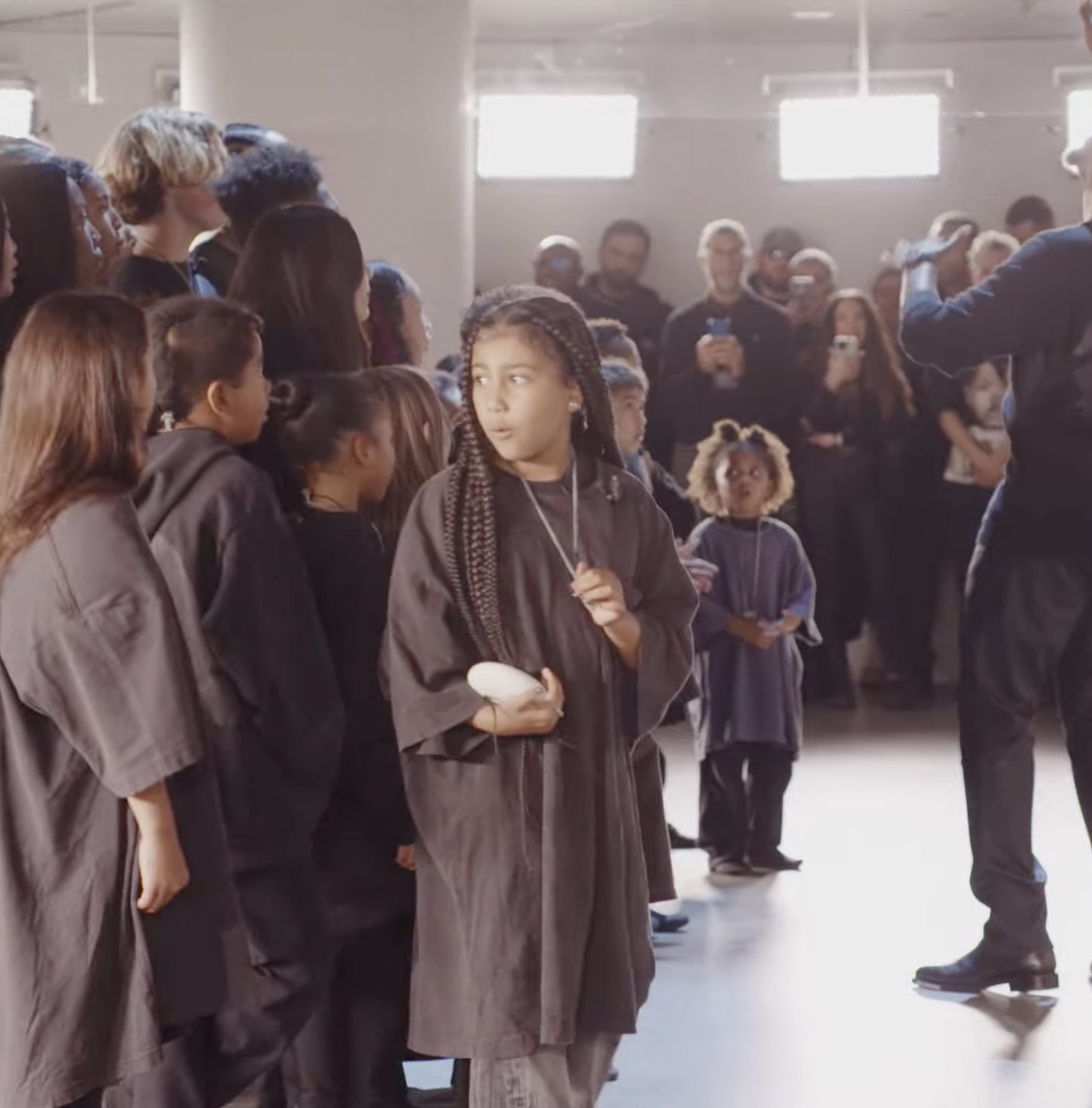 While the previous editions of the fashion show proved to be disastrous, with guests waiting in the sun for hours and models fainting, this edition seems to have gone pretty smooth. This was also the first time when Ye took his collection to the Paris Fashion Week.

Ye also Made his Runway Debut on Sunday

Apart from the controversial slogan t-shirt, Ye is also in the news for making his runway debut as a model at Balenciaga’s Spring/Summer 2023 show on Sunday. The Praise God rapper was seen walking through the muddy runway as Khloé Kardashian, Kylie Jenner, and his daughter North West sat in the front row audience. 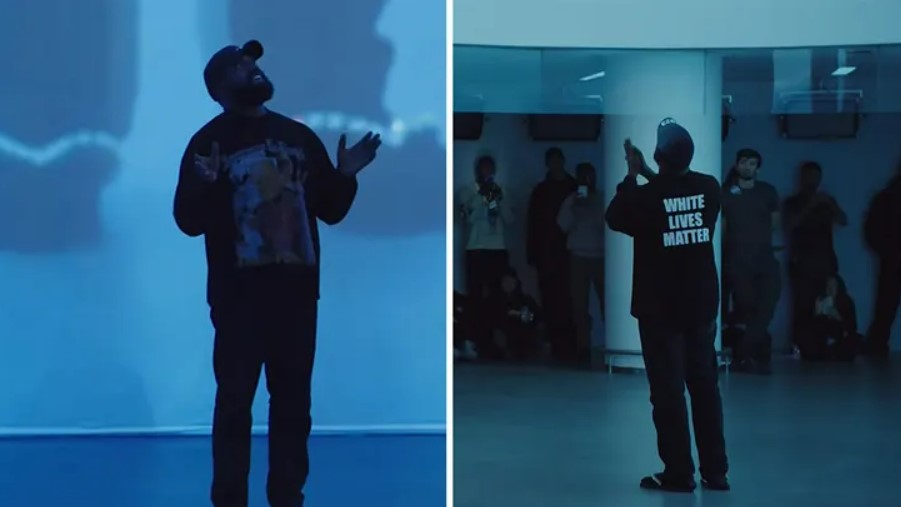 Talking about the Yeezy Fashion show, Ye had said in an interview, “There’s just people. From the same planet. And sometimes, in high school, it feels like we don’t fit in. And in a situation like this, we have the opportunity to come together to express who we are. It’s leaning into the shape of how I see this future world … this alternate world. But in high school. It’s focused on the curriculum because both my parents are educators.”

What are your thoughts on Kanye wearing a ‘White Lives Matter’ t-shirt? Tell us in the comments section.