Kanye West Lashes Out at Diddy, Leaks Screenshots of Chats with him in Wake of White Lives Matter Controversy

Kanye West is going against his old friend, Diddy, after the latter expressed his disapproval over his ‘White Lives Matter’ support. Puff had taken to Instagram saying that he supports his brother Kanye as a free-thinker but does not stand by his ideology.

Ye has now shared screenshots of his chat with Diddy, in which the two seem to be having a heated argument. The two rappers apparently also had a telephonic conversation before shifting to texts, discussing the whole ‘White Lives Matter’ controversy. 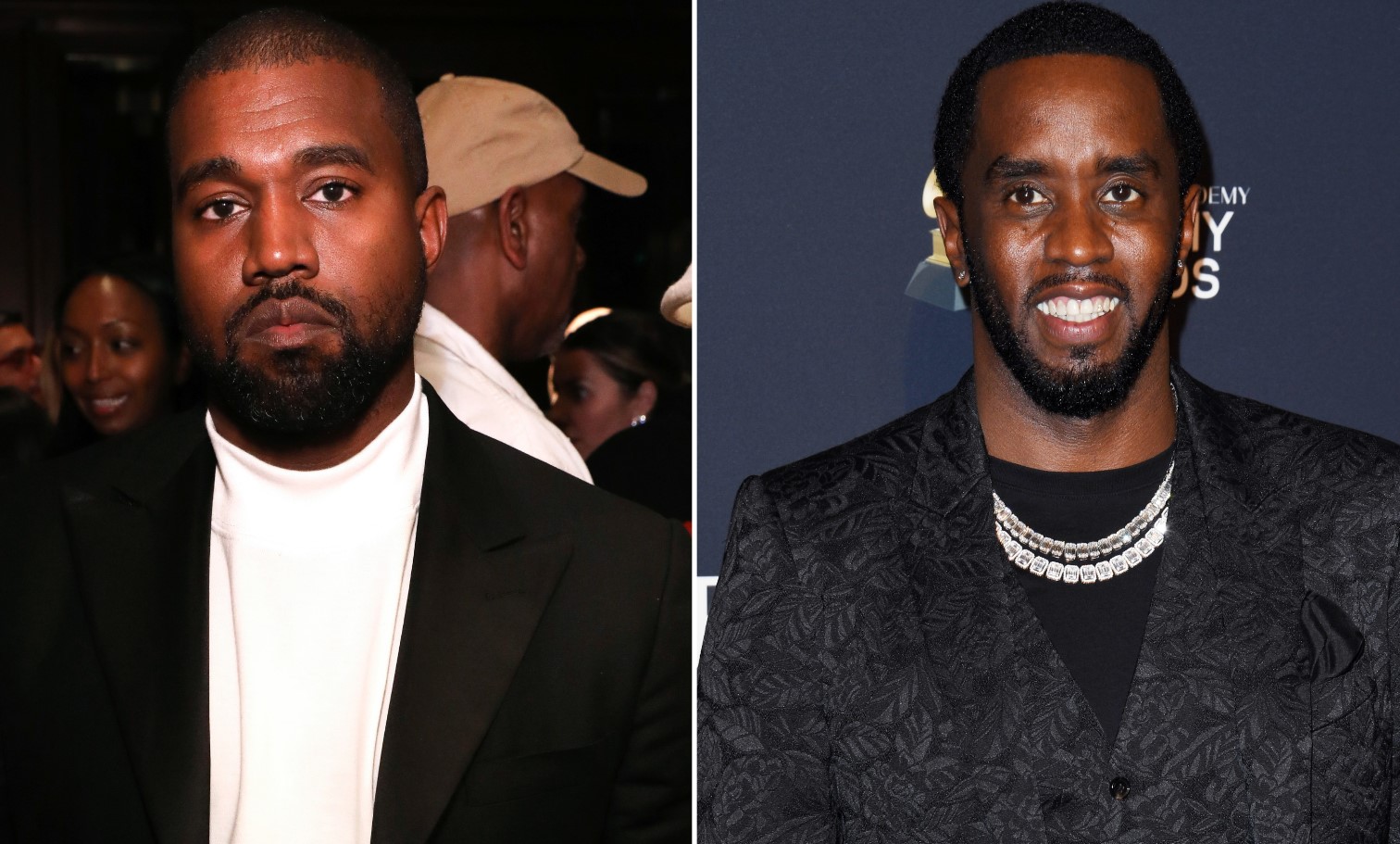 Ye, who has been calling out a lot of people on social media lately, including singers and fashion designers, shared screenshots of his conversation with Diddy on Instagram on Friday morning.

“I didn’t like our convo. I’m selling these tees. Nobody can get in between me and my money. Never call me with no bullshit like that again unless you ready to green light me. Cause anybody that got on that tee is me,” read Ye’s first text, hinting that Diddy had called him earlier to persuade him against the ‘White Lives Matter’ t-shirt. 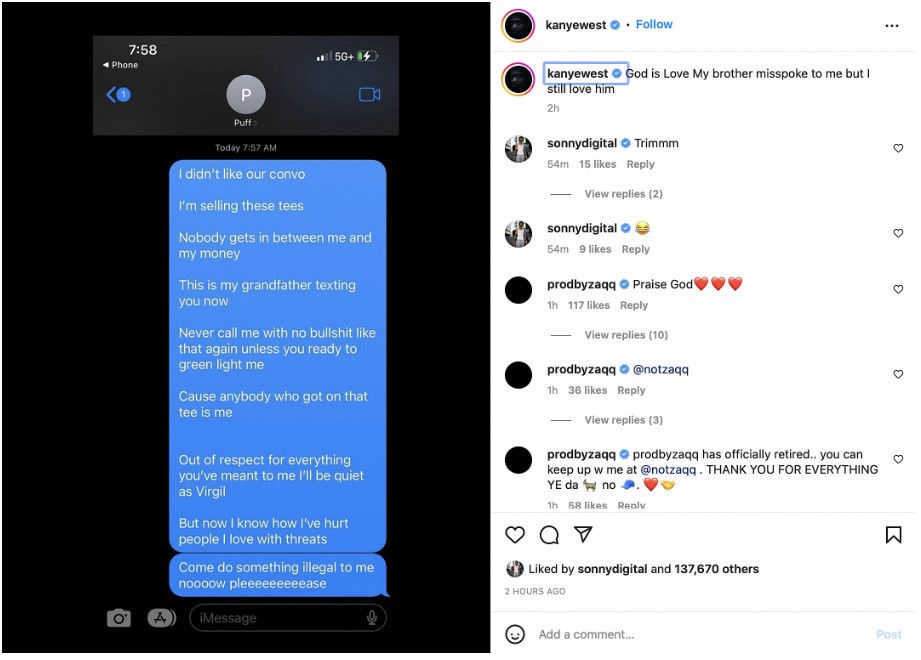 Diddy then asked for Ye’s address in the text, as he wanted to talk face to face, but the rapper replied, “Ni**a f*****ck you. You fed.” He then posted another screenshot in which Diddy had asked him to stop playing games

Kanye then replied, “This ain’t a game. Ima use you as an example to show the Jewish people that told you to call me that no one can threaten or influence me. I told you this was war. Now gone get you some business.”

“I’m just trying to talk to you as a Black man. And I’m talking to you because this is hurting our people. Stop,” wrote Diddy, to which Ye replied, “Anything you text I will post. I love you. And you guys are breaking my heart. I accept your apology in advance.”

Diddy had Come out in Support of ‘Black Lives Matter’ 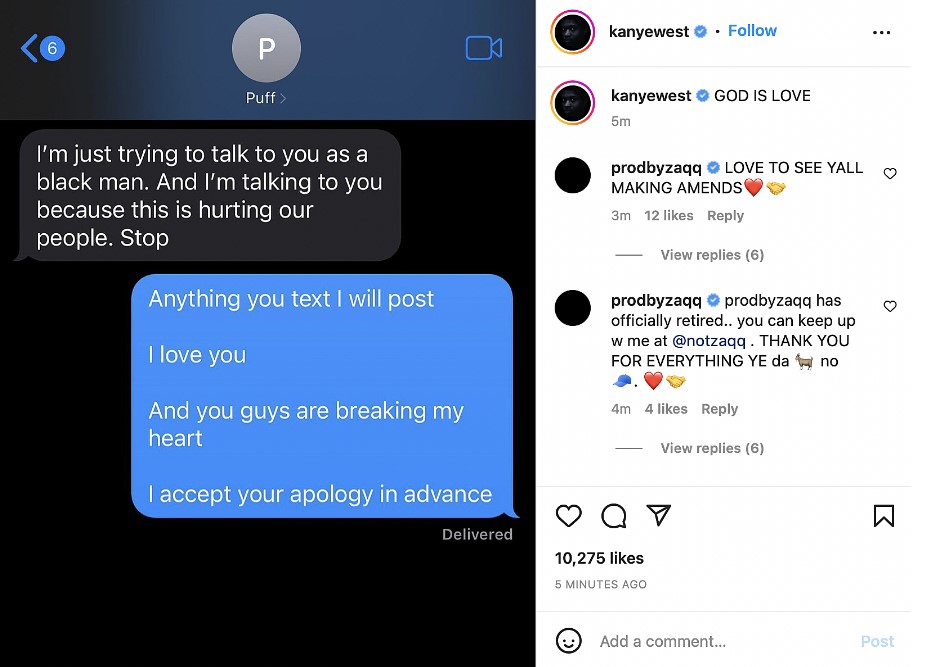 After Kanye was seen wearing a ‘White Lives Matter’ t-shirt to his fashion show, and also called ‘Black Lives Matter’ a scam on social media, Diddy took to instagram to call out his old friend’s actions and opinions.

“I have always been there and I will also support my brother Kanye as a free thinker. But the ‘White Lives Matter’ t-shirt, I don’t rock with it. You know what I’m sayin’? I’m not with it and with the press and with [what] fashion is doing, thinking this is a joke, when, right now, all America has planned for us is poverty, incarceration and death,” he had said. 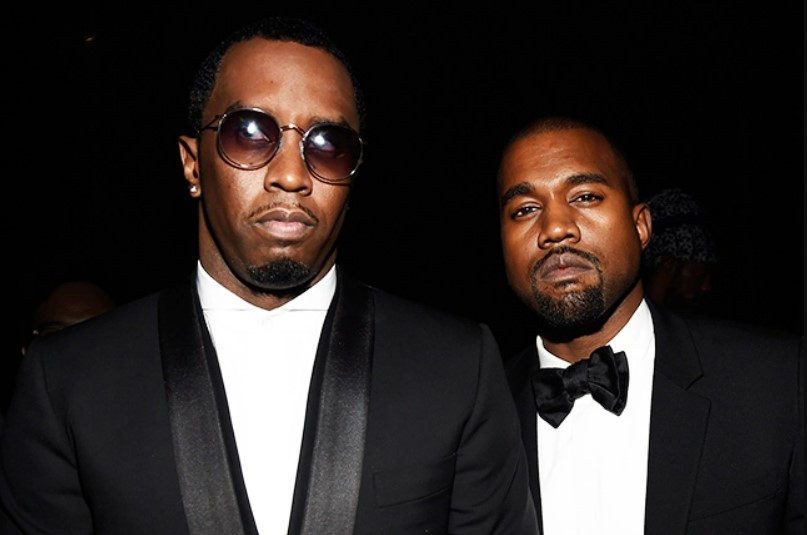 Ever since he started facing backlash for his ‘White Lives Matter’ stance, Kanye has been targeting a lot of people on Instagram who called him out for his opinion, including Tremaine Emory, Justin Bieber, and Anna Wintour.

Before going after Diddy, Ye also lashed out at Boosie and wrote, “Don’t speak on me, Lil Boosie, speak to me. Yeah, little nerd-ass me. Come smack me or come shoot me. I’m the one that got bullied by the entire Black celebrity community. Now I’m back to shoot the school up.”