Vice-President Kamala Harris has a next-level obsession for Wordle, a New-York Times owned puzzle. For the 57-year-old Californian, it’s like a brain cleanser amid her hectic schedule. Interestingly, she has mastered the game and holds an undefeated record. Read on to know her “Wordle Strategy”. The first-female vice-president of the United States is not just about running the country. During her free time, she loves to play Wordle, a mega-popular New York Times-owned puzzle. She confessed her love for the game at a fundraiser for the DNC a few days back.

Not only this, but she also spoke about her obsession with Wordle and her game strategy in an interview with The Ringer last week. She broke down about her daily Wordle habit and said she has a 100% score that remains an undefeated record. She said:

“Wordle, a game that gives players six chances to guess a five-letter word, noting correct letters and positions along the way with a simple color code, is a “brain cleanser” for her and a game she plays before nodding off to sleep or during brief windows in her hectic schedule.

Wordle, for me, is like a brain cleanser,” Harris told The Ringer. “So it’s in the middle of very long days, back-to-back meetings on a lot of intense issues. If I have a break, let’s say that people are running late or my little 25 minutes for lunch, sometimes while I’m eating I’ll figure out Wordle.” The 49th American vice-president and attorney stated that the crack code is Notes. N-O-T-E-S. She always starts with the same word. Her current streak is 48. Harris revealed that her average guess is four.

“When I can't sleep I've been doing Wordle,” @KamalaHarris said at a fundraiser for the DNC tonight

Did you get it? Did you get it? Oh yeah, we are definitely checking in every day about Wordle.” The couple is an ardent fan of Wordle. She also spoke about the limitations that come with having a Secret-Service approved cellphone. You can read her full interview here. It appears that Kamala Harris isn’t the only human who is obsessed with this game. The five-word puzzle is a national sensation and is a part of the daily lives of Americans. The New York Times-owned puzzle was developed by Brooklyn software engineer Josh Wardle.

Except for revealing her first-word “Notes”, she also gave a few tips on the strategy to raise a high score. She said, “I think that you have to have a healthy mix of consonants and vowels, and a lot of words come with an S. For example, today (from April 15) there was an S and an E, I believe.” Apart from Wordle, Kamala Harris also revealed her nighttime rituals. She stated that she enjoys the mini New York Times crossword and sudoku. She joked that she could never pronounce the word right. 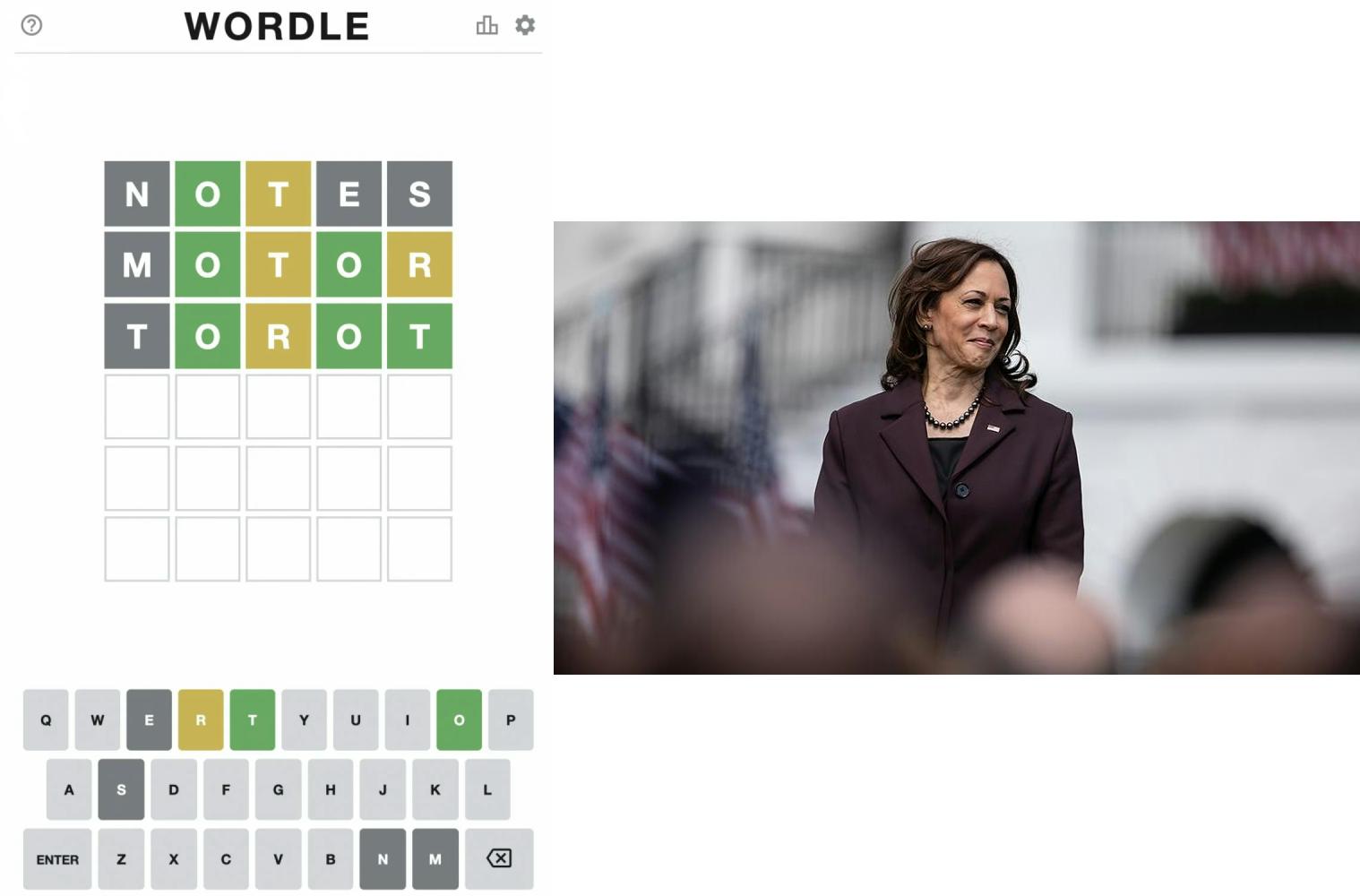 Nevertheless, the vice-president publically revealed that Wordle is her all-time favourite and is like a brain cleanser for her. She is so obsessed that she’d play it during those short breaks when at work or eating during the day. Do you play Wordle too? If not, start today!