Jordyn Woods was in Washington DC with her boyfriend Karl Anthony Towns on Wednesday, which marks the second year anniversary of George Floyd’s death at the hands of the police.

Jordyn who is 29 and Karl Anthony, 26 were present in the white house to witness President Joe Biden sign the executive order to facilitate and improve the accountability of the police in the country.

“Today was an honour being able to witness a step in the right direction towards police reform in our country,” was how Jordyn captioned her picture with Madam VP Kamala Harris. 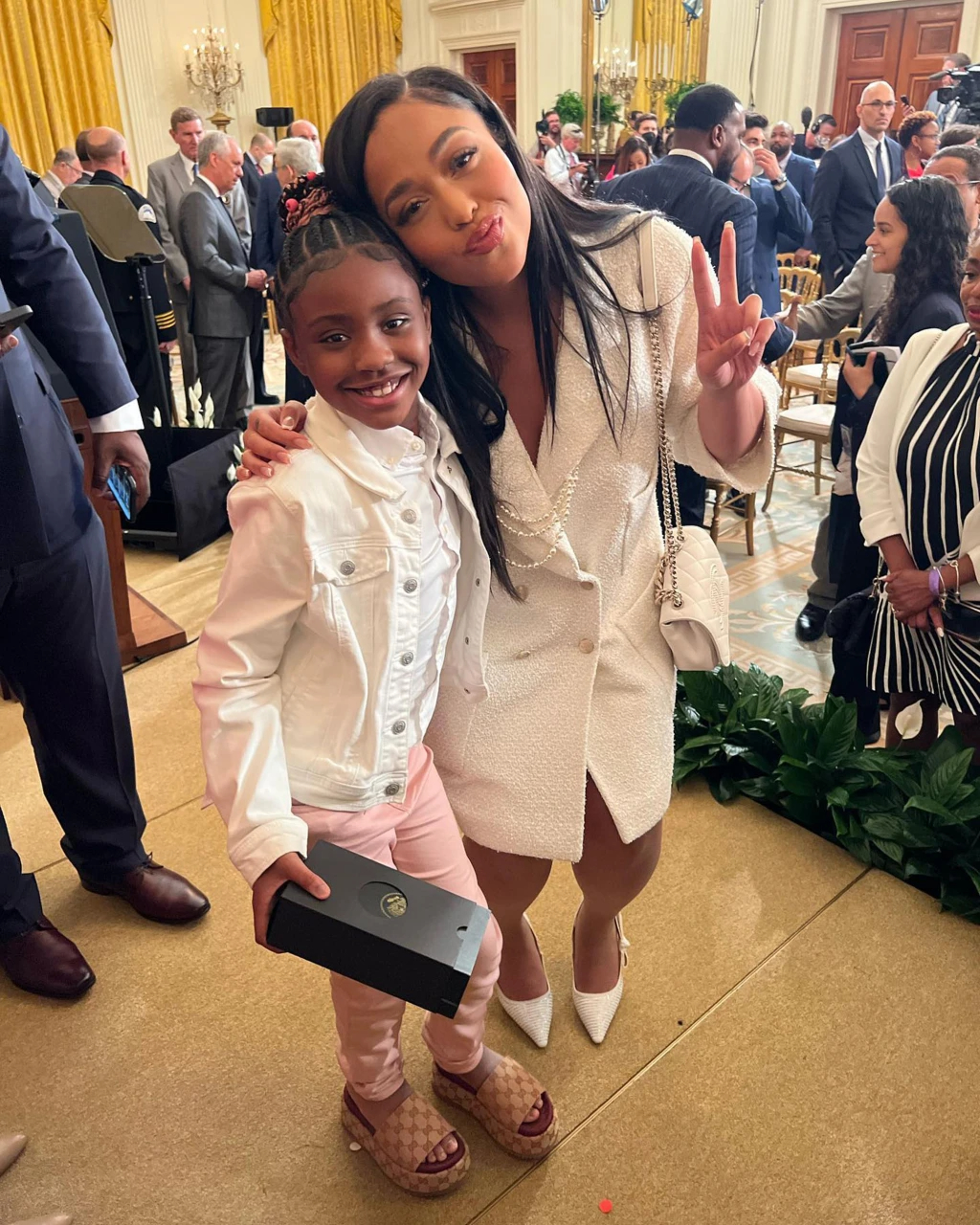 Jordyn also shared pictures of her with Breonna Taylor’s mother, Tamika Palmer and “of the beautiful women I got to meet today,” which also included George Floyd’s “beautiful daughters and sisters. This is a day I’ll never forget. Their strength can inspire us all.”

Floyd and Taylor died in 2020 as they were both killed by the police officers which caused people to come on the streets to protest against police brutality.

Who is Karl Anthony

Karl-Anthony Towns Jr. is “a Dominican-American professional basketball player for the Minnesota Timberwolves of the National Basketball Association (NBA).” Karl even played basketball for the Kentucky Wildcats in college.

Jordyn’s boyfriend Karl Anthony also added her picture to his Instagram story and a post by Philonise Floyd, who is George’s brother. “The dead cannot cry out for justice. It’s a duty of the living to do so for them,” was the caption of the Philonise’s post which was shared by Anthony. The picture features him alongside Karl Anthony, Jordyn, Tru Pettigrew and others.

Karl Anthony has a bond with the Floyd Family. George’s death happened in Minneapolis which homed Karl-Anthony’s team The Minnesota Timberwolves.

A ridiculously powerful image of Karl-Anthony Towns, who is still out there showing support for George Floyd despite recently losing his mother to COVID-19. He has proven to be a leader in his community and should be applauded for his tenacity and resilience. Salute, @KarlTowns. https://t.co/mvAMxglyft

In the month of April 2021,  Karl-Anthony, Josh Okogie and Anthony Edwards met with the Floyd family after a game and also gave the family the game ball from the Wolve’s victory over the Sacramento Kings.

The executive order intends to “advance effective, accountable policing and criminal justice practices that will build public trust and strengthen public safety,” as per the White House. For the executive order to be in motion, it will require the federal law enforcement agencies to bring about several reforms and alongside develop a database of police misconduct nationwide.

I’ve called on Congress to pass the George Floyd Justice in Policing Act, but Senate Republicans have stood in the way of progress. That’s why this afternoon, I’m taking action and signing an Executive Order that delivers the most significant police reform in decades.

“This executive order is going to deliver the most significant police reform in decades,” said President Biden.

What in the word is Joe Biden doing to this little girl??

Video is from today’s executive order for police reform signing at the White House. pic.twitter.com/hls3xW8KN5