Zach Wilson has that “dawg” in him, says the Jets Quarterback Zack Wilson’s ex-girlfriend, who once was in too much love with him. In a bitter and nasty beef, the NFL star’s ex-girlfriend Abby Gile fired shots at him for bedding his mom’s best friend. The online attack came after she was called a “homie hopper” for dating Zach’s best friend and BYU roommate, Washington Commanders WR Dax Milne.

Zach Wilson’s Got A Dawg In Him…

it brings me no joy to report that……..

Zach Wilson has that dawg in him. pic.twitter.com/0bjqxj7cnz

Zach Wilson may be ready for a bounce-back sophomore season with the Jets, but otherwise, things have gotten really nasty for him as his ex Abbey Gile exposes him for sleeping with his mom’s best friend. Responding to the tweet wherein she received online abuse from fans after it was revealed that she is now dating a former college teammate. 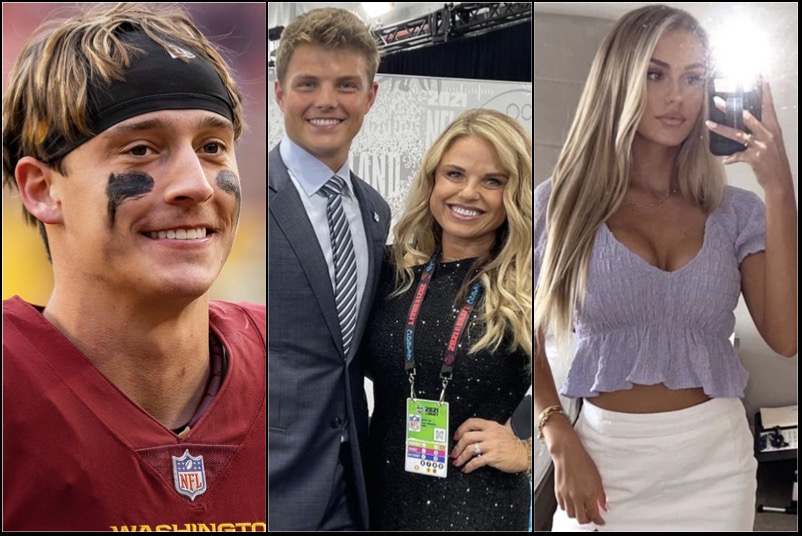 She reacted to the abuse that she had been receiving online from fans after it was revealed that she was now dating Zach’s best friend and BYU roommate, Washington Commanders WR Dax Milne, she tweeted back: He was sleeping with his mom’s best friend… that’s the real homie hopper”.

Abbey Gile was called a “homie hopper” for dating Zach but it seems there is much more to the story. So yea, Zach Wilson’s alleged extra-curricular activities with his mom’s best friend might put him under the radar amid this crucial NFL season.

The Exes Go Back In Time… 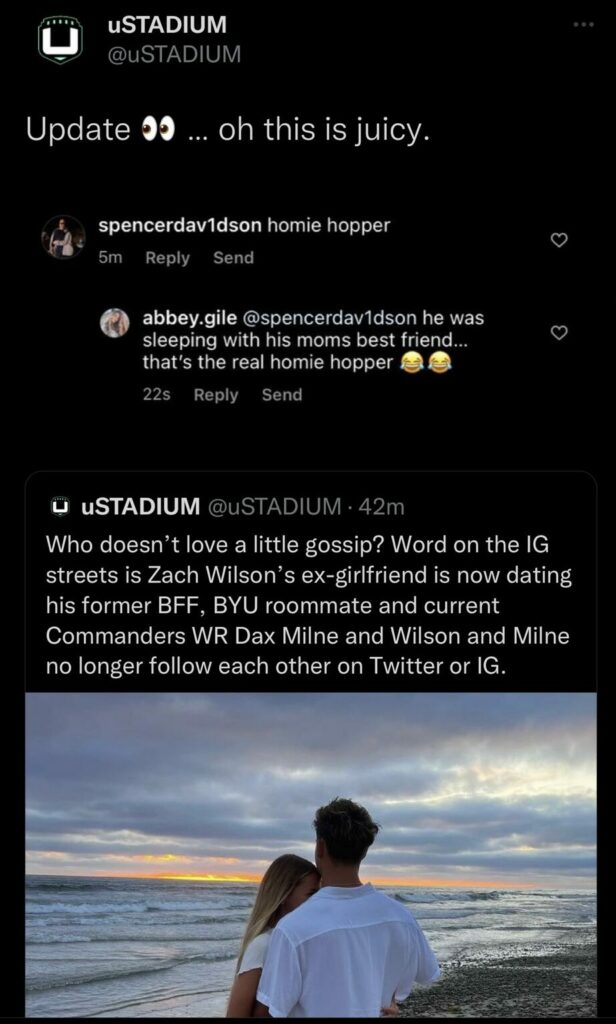 Zach Wilson and Abbey Gile dated for a very long time. The two have been liked together since their teenage years. However, their breakup wasn’t a normal one and things have really gone bitter between the two. In January, Wilson took a picture of him and Gile enjoying a date off his Instagram. Gile also took a picture of the two outside MetLife Stadium off of her feed.

However, Gile’s new partner is Commanders WR and Wilson’s ex-teammate from BYU Dax Milne, who posted a romantic-looking picture with Gile which led to speculation that the two might be dating. That being said, Wilson will now have to face some embarrassing moments back home after the revelations come from Gile.

Well, Zach isn’t the only NFL player who has come under a sex scandal. Last month, former Miami Dolphins player Jay Cutler was accused of sleeping with his friend’s wife. Sources claim that Cutler had been involved in a long-term affair with Samantha Robertson Ayala, who is the wife of his friend Trace Ayala. It was revealed that he joined them on a joint family vacation and engaged in some adult fun with Samantha.

As for Zach, he was the second overall pick in last year’s NFL draft, and expectations are high for him to perform this year. Even though he didn’t have the greatest rookie season, the Jets do see him as their new franchise star. Well, before that, he’s got some serious questions to answer back home, eh!