Ben Affleck and Jennifer Lopez got married for a second time in a lavish wedding ceremony last weekend after obtaining a marriage license in Las Vegas in July. The wedding was attended by the stars’ close family and friends.

Soon, a video from the wedding leaked online and went viral. In the video, JLo was seen performing a song for her husband as he sat in front of her. Now, the actress has said that the footage was taken without their consent and has called out those sharing the video. Read on to know more about the development. 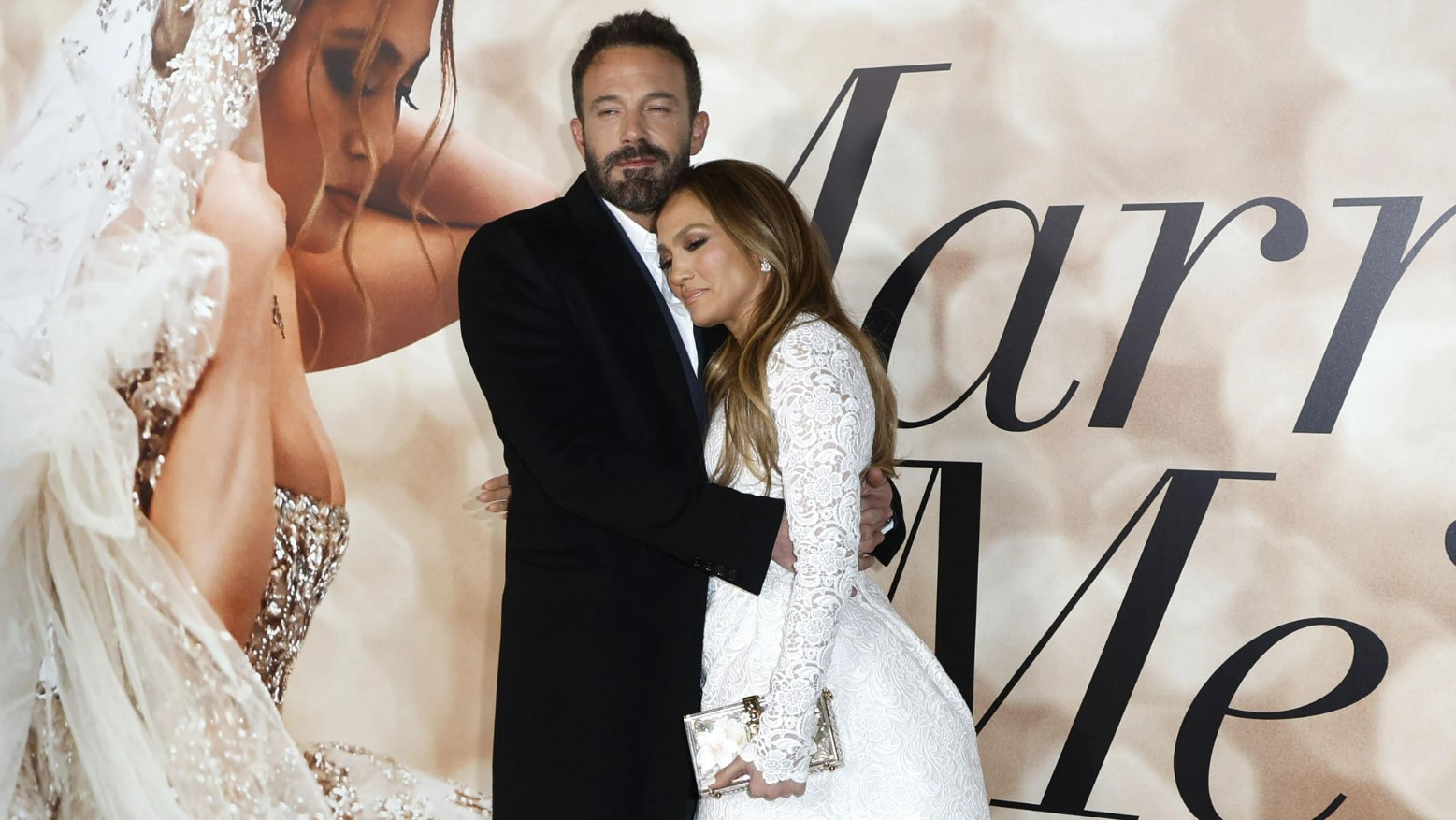 JLo said the Video was Taken without Permission

A fan page re-shared the video on Instagram, which was noticed by Lopez. The 53 year old actress seemed upset over the video and expressed her disapproval with a comment on the post. She wrote, “This was taken without permission. Whoever did it took advantage of our private moment.” 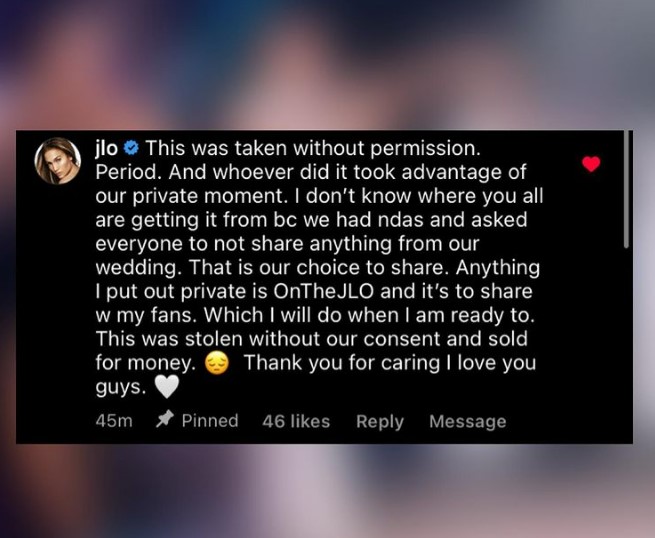 “I don’t know where you all are getting it from because we had NDAs and asked everyone not to share anything from our wedding. That is our choice to share. Anything I put out private is OnThe JLo and it’s to share with my fans, which I will do when I am ready to. This was stolen without our consent and sold for money,” she added.

The Marry Me actress concluded by writing, “Thank you for caring I love you guys.” She then liked a post that had shared a screenshot of her comment.

The Actress had Performed a New Song at her Wedding

The video in question was first shared by TMZ. It featured Jennifer grabbing a mic and performing a song while Ben sat a few steps in front of her on a chair. She was accompanied by background dancers, all wearing black dresses.

The lyrics of the song said, “Can’t get enough of you.” The song seems to be an unreleased track. Ben was seen enjoying his wife’s performance as he could not stop smiling.

Meanwhile, the actress has been sharing the first photos and behind the scenes footage from her wedding on her newsletter OnTheJLo. JLo shares exclusive content from her life with her fans through the newsletter.

Ben and Jen got Married in Georgia Last Weekend

Ben and Jennifer tied the knot again with a grand celebration in Georgia last weekend. The wedding was attended by the couple’s close family and friends, including celebrities Matt Damon, Kevin Smith and Jason Mewes. 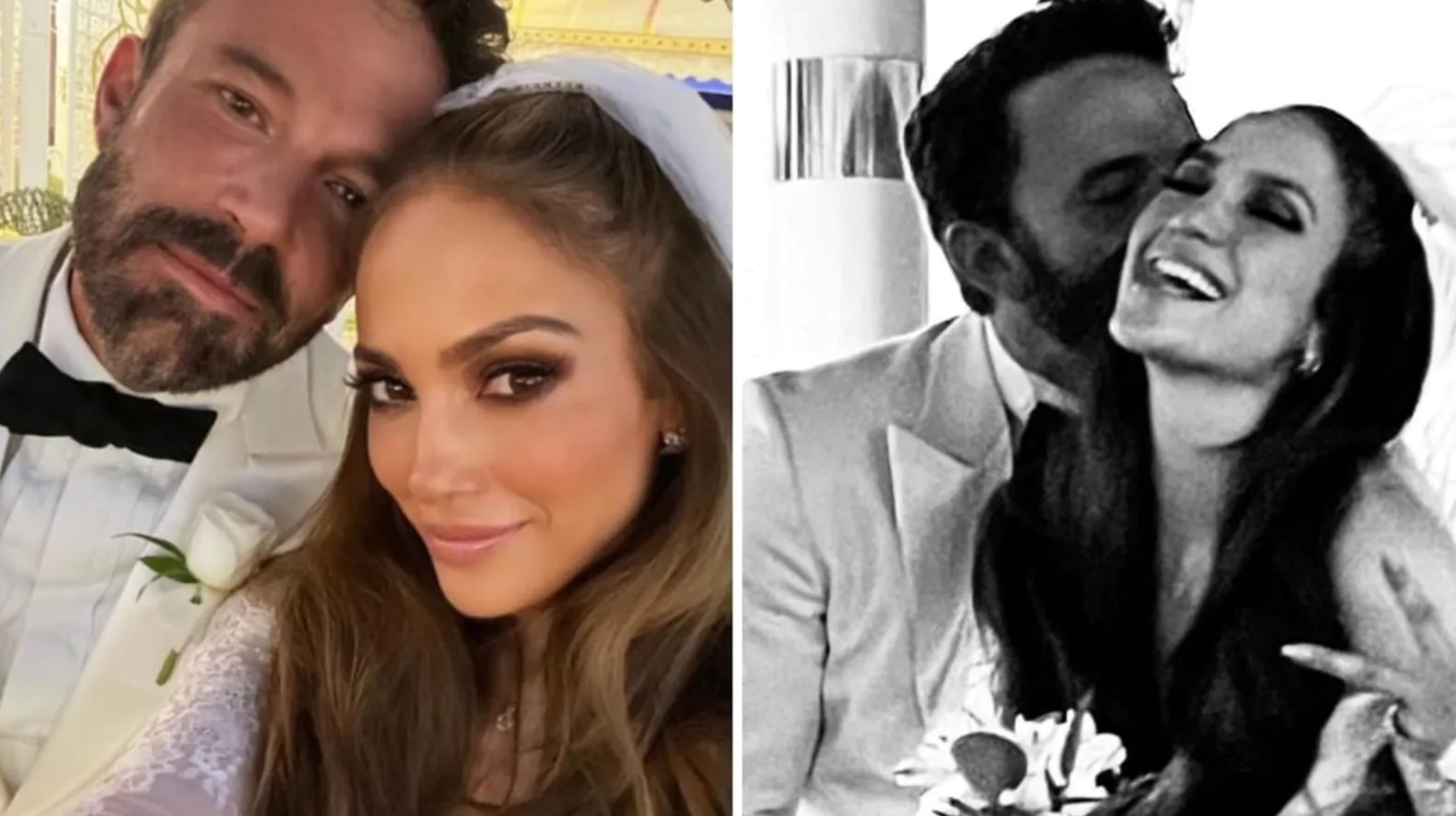 The couple’s children from their previous marriages also graced the occasion and walked the aisle before the bride’s entry. JLo is mother to twins Emme and Max with her ex-husband Marc Anthony, and Affleck shares three children, Violet, Seraphina and Sam, with his first wife Jennifer Garner.

Both bride and groom decided to go for Ralph Lauren on their big day. Jen was seen in a beautiful handkerchief gown while Ben wore a black tuxedo.

The couple had initially started dating in 2002, and had even gotten engaged, but decided to call off their engagement in 2004. Almost two decades later, their romance rekindled, and they got engaged in April this year.