Lauren Scruggs and Jason Kennedy are happy parents of a baby boy. Yes, you got it right!

Jason Kennedy, the former E! News host, and his wife Lauren Scruggs, a fashion blogger have been blessed with their first baby on Sunday, the 3rd of April. It’s a boy whom they named Ryver Rhodes. The good news has been confirmed by Jason’s representative.

Lauren and Jason also took to Instagram to announce the big news on Monday.

They shared a series of pics featuring the newborn. In the first pic, we can see the happy parents along with their bundle of joy. 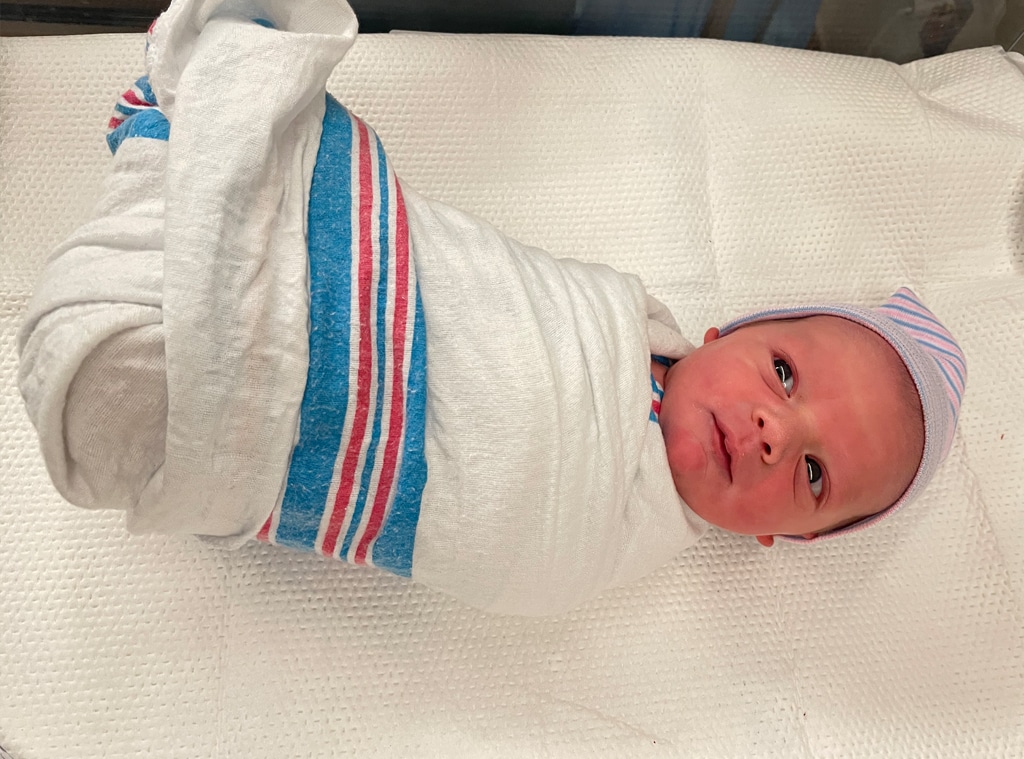 In another pic, the newborn can be seen leaning close to his Mom as he was caught staring at the camera.

Sharing the pics, they captioned them by writing, “ryver rhodes kennedy.💙”.

Jason spoke to Access Hollywood after his son’s birth and shared his experience as to how life has been so far with their child.

“Trying to come up with words to fully process the last 48 hours aren’t possible. Seeing my son for the first time felt like a movie. I kept closing my eyes and finally realized it was true,” Jason shared with Access Hollywood.

The couple has been open about sharing their years-long fertility struggles. More than a year ago, they revealed that they were undergoing IVF.

The media personality added that they love their son so much. He said, “We love this boy so much and are so thankful for this time together.” 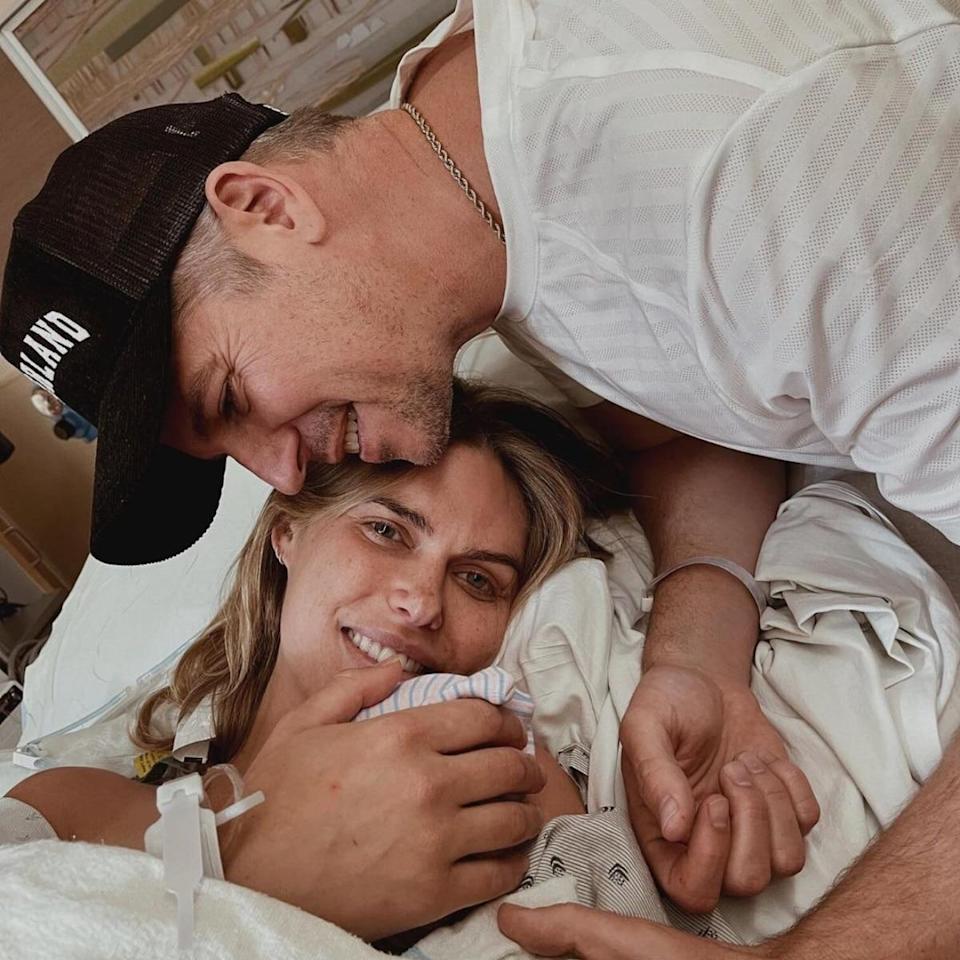 The former entertainment news host also shared that Mom and the newborn are doing great. However, before that, he said jokingly, “Can someone help me with this car seat?”

Jason and Lauren revealed they were expecting a baby boy

Jason and Lauren announced that they were expecting a baby boy in October last year by sharing a funny video on Instagram.

Jason shared a small video as the couple reenacted their recent conversation related to Lauren’s pregnancy. At the end of the video, Jason announced out of excitement that their first child is going to be a boy.

He then turned to his wife Lauren, who was in the other room.

The 33-year-old lifestyle blogger then replied, “I just grew a penis.”

The 40-year-old media personality then ended the video by quoting her and saying, “‘Inside of me.’ It’s a boy!”

Jason also captioned the video by writing, “IT’S A …….”

Jason and Lauren took their wedding vows in Dec 2014. However, the duo has faced fertility struggles for over 4 years.

The couple, after their fertility struggles and an IVF journey, first announced their pregnancy news exclusively to PEOPLE in Sep 2021. “It’s always tough when a doctor tells you you can’t have kids naturally and you keep running into complications, but we didn’t sit and wallow in that. We were really blessed to meet with some amazing doctors and specialists,” Jason told PEOPLE at the time.

The pair shared the start of their in vitro fertilization process in Jan 2021 and also their experience throughout this journey via social media.

Lauren, during her pregnancy period, wrote a blog post mentioning the details of how she and her husband have made all the required preparations to have an at-home birth. But, going by the Instagram posts of the couple, it seems that their son took birth in a hospital.

Congratulations to Jason and Lauren for their newborn!