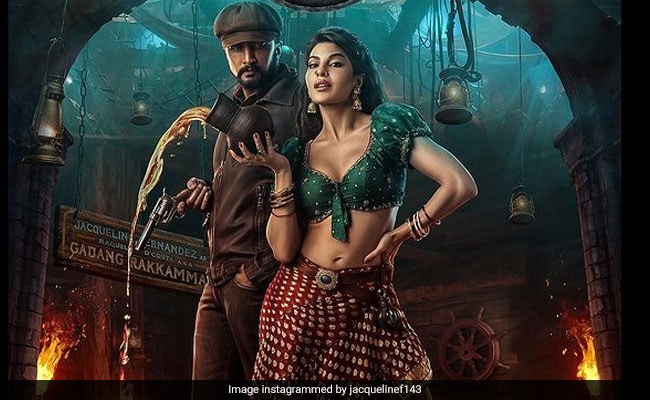 Jacqueline Fernandez today introduced her character as Gadang Rakkamma from the upcoming fantasy action-thriller ‘Vikrant Rona’ by sharing her first look on her social media account.

The film which is slated for August release also stars Kiccha Sudeep in the lead role who portrays the titular character in the fantasy adventure movie. 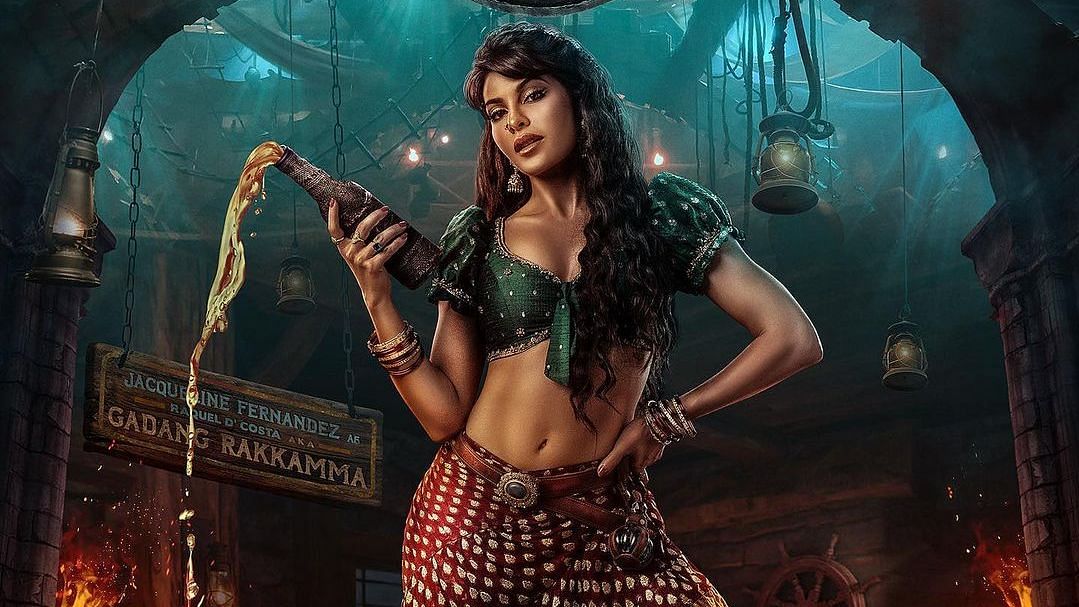 Jacqueline headed to her Instagram handle on July 31 to introduce her first look from the movie. She revealed her character of Gadang Rakkamma from Kichcha Sudeep’s Vikrant Rona by sharing a new poster that featured Kichcha Sudeep and herself.

Jacqueline shared the poster on her Instagram account by captioning it as,  “‘What Rakkamma doesn’t know, doesn’t exist’ Super happy to introduce my character #GadangRakkamma from #VikrantRona #JacquelineVikrantRonaLook #JacquelineAsRakkamma (sic).”

Check below the first look of Gadang Rakkamma from Vikrant Rona portrayed by Jacqueline Fernandez:

The first look reveals Jacqueline donning a skirt paired with a choli in which she looks absolutely stunning. On the other hand, Kichha Sudeep is seen holding a gun in his hand standing next to Jacqueline, looking at her.

Speaking about Jacqueline Fernandez’s character, she is said to portraying a brief role in the movie. The actress will also be seen in a song with Sudeep in the film whose shooting has been done. Jacqueline also shot some scenes of the film with Kichcha Sudeep. 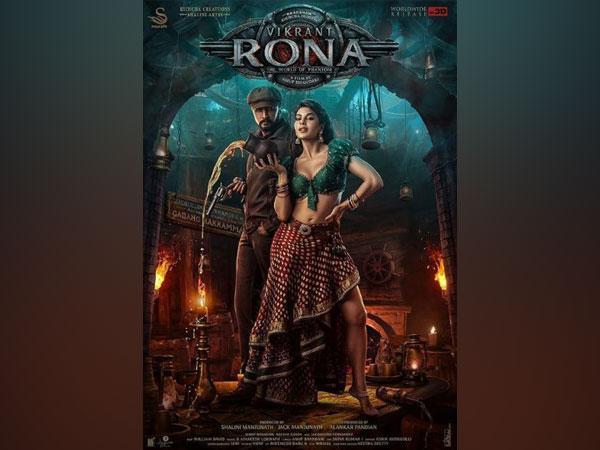 Both the actors Jaqueline and Sudeep have earlier shot for a song in July. The actress received a warm welcome from Sudeep and director Anup Bhandari at the shoot.

And after that Jacqueline Fernandez shared a picture with her co-star Kichcha Sudeep on her Instagram handle on July 19. Find her post below:

Actor Sudeep also shared a post on his Instagram handle by including few pictures featuring Jaqueline and himself. The song was choreographed by Jani.

While sharing the post, Sudeep wrote, “Two of my favs frm the photo shoot. Asli_Jacqueline Saw the rough edit of the song. Thanks @AlwaysJani master, u r awsmnm , n the hook step looks supaaaa. #shivu ‘s set looks humongous n special thanks has to go to #JackManju @shaliniartss For their passion (sic).”

Earlier in April, Kiccha Sudeep shared his first look from the film by writing, “After enjoying the process of preparations and it’s making… it’s now time for a new excitement. We the team of Vikrant Rona is all excited and happy to mark August 19th 2021 for its theatrical release.”

Speaking about the film, Vikrant Rona is an action thriller film helmed by Anup Bhandari. The cast of the film includes Kichcha Sudeep, Nirup Bhandari, Jacqueline Fernandez, and Neetha Ashok among others. Vikrant Rona is all set to release on August 19.