Iggy Azalea Slips A Disc Onstage In An Accident

As a result of an injury she sustained during her American tour, Iggy Azalea suffered a slipped disc due to the damage she got.

Earlier this week, the Australian artist recently sought treatment for her ongoing neck pains after complaining about them, leading her to seek medical attention to address the problem. 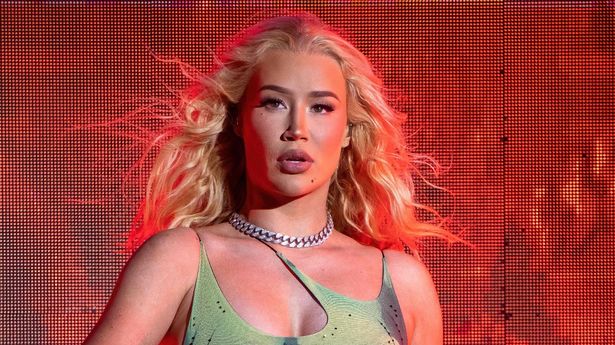 “I’m great!” was the reply she gave. “On my way to get an MRI for my back & neck, so I’m happy about that!” In a later statement, she said: “Should be fine they think I have a slipped disk [sic] in my back. I’ve performed 36 shows with it, but I’d love to recover so I can wear high heels again on stage.”

In response to the star’s request for good wishes, fans quickly replied with one writing: “Oh wow! Please get healed so you can come back 100%. I hope you feel better. You’re a true performer to do 36 shows with a slipped disk! We love you.”

A second comment was made “Oh heck! Wishing you a speedy recovery. You’re a hardworking performer who will do her best anytime!” According to a third person, “My goodness Iggy this is serious… you could get seriously injured out there… all money is not good money.” As of right now, however, it is not clear if she will be able to continue since she is not yet fully recovered.

The Pitbull North American Tour was announced in April this year with special guests Iggy Azalea and Sean Paul as part of the tour. It is believed that the Can’t Stop Us Now time began on July 28 at the Coastal Credit Union Music Park in Raleigh, N.C., and it is expected to end on Oct. 19 at Hard Rock Live in Hollywood, Fla. 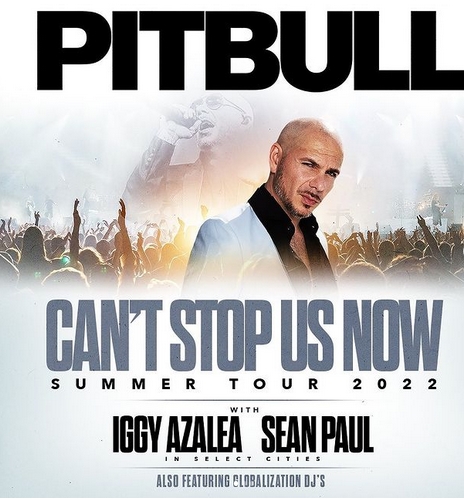 On select dates, Azalea and Paul were scheduled to perform. Despite this, Azalea is currently in recuperation mode, so it is possible that she won’t be able to return to the stage anytime soon. As a result, there might be some disruption to the tour dates and shows.

Who Is Iggy Azalea?

As the first female and non-American rapper to top the Billboard Top R&B/Hip-Hop Albums chart, Amethyst Amelia Kelly is better known as Iggy Azalea. To pursue her music career, she moved to America, the birthplace of hip-hop music. ‘Pu$$y’ and ‘Two Times’, her songs that went viral on YouTube, caught the media’s attention. 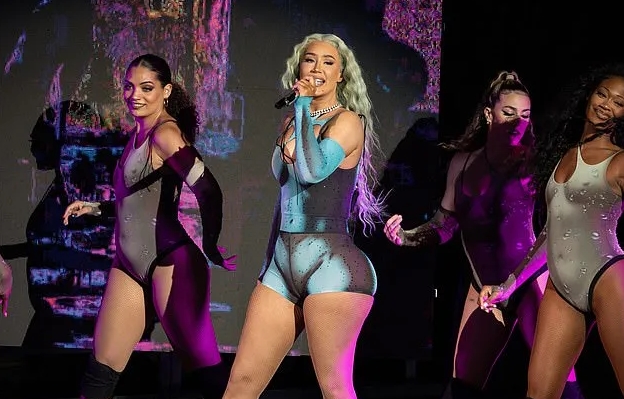 ‘The New Classic’, her debut studio album, grew her popularity more than her debut mixtape ‘Ignorant Art. Her chart-topping singles are ‘Fancy,’ ‘Work,’ ‘Black Widow,’ ‘Team,’ and ‘Change Your Life.’ In addition, she has collaborated with celebrities like Rita Ora, Tyga, Beyoncé, and T.I.

Two Billboard Hot 100 entries have held the top two positions for the longest time, namely ‘The Beatles’ and her first two entries. Aside from modelling for top brands, she also appeared in the movie ‘Furious 7’. She had also been in a relationship with professional basketball player Nick Young for three years before they decided to end their relationship. Azalea Street Productions, her own production company, was established in 2016 after she started her own production company.

Azalea has confirmed that she is doing well now and will be taking treatments for the slipped disk that she suffered. Hopefully, she will be able to get back on stage as soon as possible if she has a fast recovery.