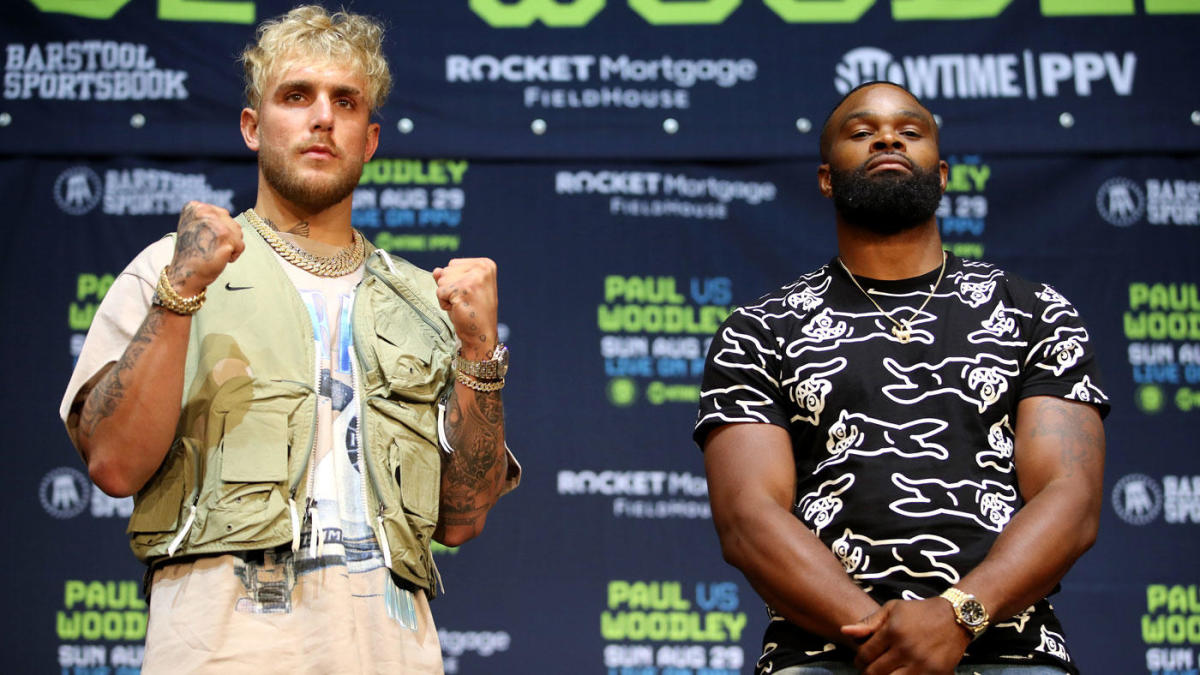 In his brief professional boxing career, Jake Paul has gone 3-0 by knocking out a YouTuber, an NBA player, and a former MMA champion in quick time. But this time the situation is different, as Woodley is by far the best opponent that Paul is about to face. In his UFC career, Woodley has won 19 games and from which 7 have come in the form of knockouts.

We are just halfway down to 2021, and it’s already been an eventful year for the Paul brothers. Back in June, we witnessed the fight of the decade, in the form of Logan Paul vs Floyd Mayweather Jr. And now, his brother Jake Paul is all set to take on MMA champion Tyron Woodley. Even now, if you need a strong reason to be excited about the Jake Paul vs Tyron Woodley clash – the loser will have to get a tattoo showcasing his love towards the winner of the fight.

Jake Paul and his brother Logan Paul are young YouTubers who have now turned into boxers. Being young, Paul’s brothers have the support of youth by their side, and most importantly, a lot of YouTube cash that gives them the access to do whatever they want to do in their spare time. 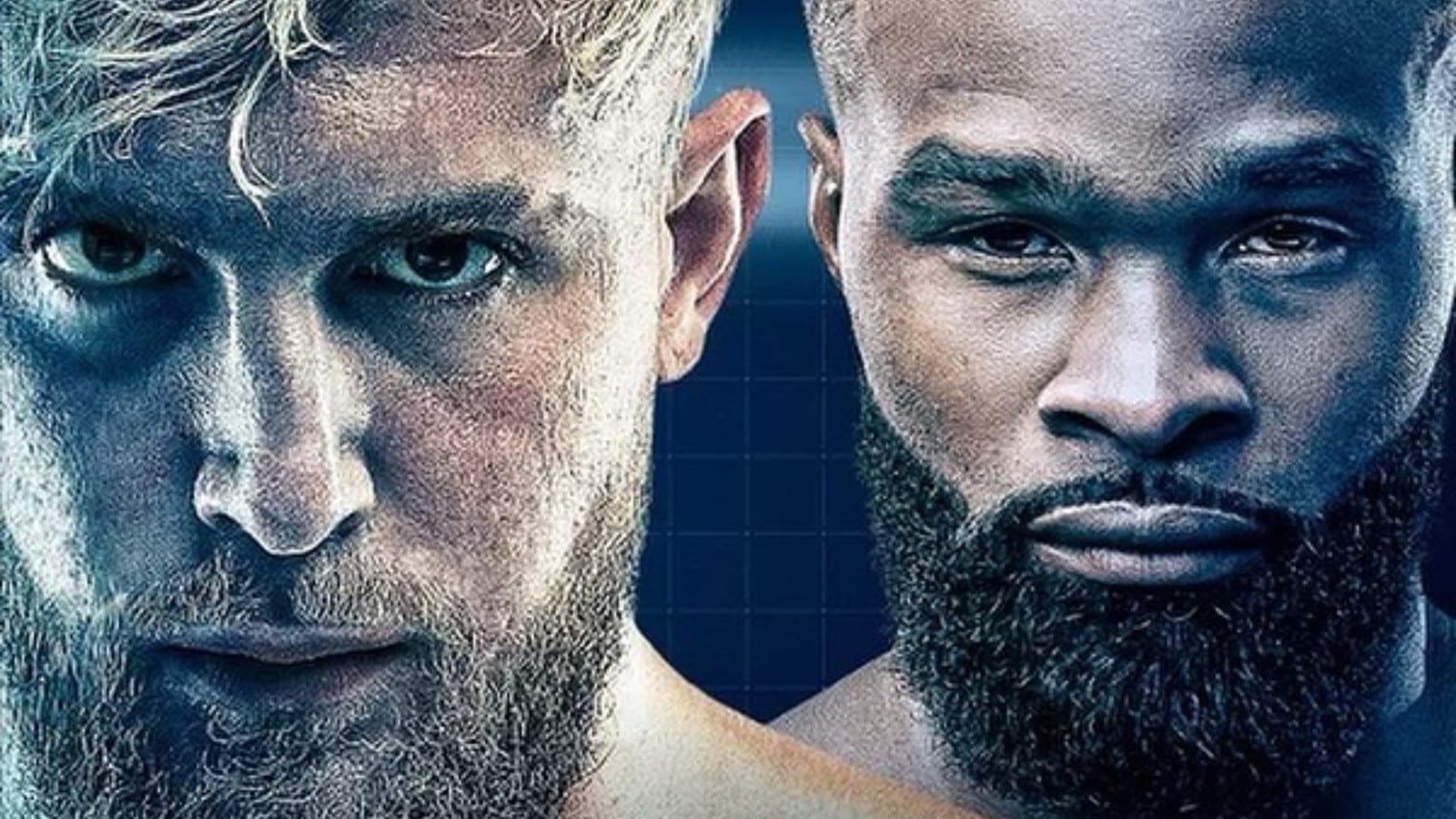 Most of the time, fights between two widely popular superstars aren’t for the record books. But in fact, they’re for the bank books – Logan Paul Vs Mayweather is the best example to justify the sentence. By now, Jack Paul has won all the 3 fights that he had been part of. But till now, he hasn’t faced any professional boxer who is in his prime. All of these Paul brother’s fights grab a lot of global attention, increase their fame, and most importantly, adds a lot of cash to their bank balance.

What’s The Deal About The Tattoo Bet?

Jake Paul confirms he will have a tattoo artist at the Tyron Woodley fight to tattoo the winners name on the loser.

In a talk with True Geordie, Paul confirmed that Tatu Baby who also appeared in the Ink Master will be present at the fight to instantly take care of the bet once the result comes out. Here are some designs shared by Tatu Baby for the tattoo.

Remember the Paul-Woodley tattoo bet? Well, the famous tattoo artist @TATUBABY will be in Cleveland to do the honors on the loser of the fight, I’m told. These are the mock-ups. pic.twitter.com/TXX8RVN7tT

Talking to MMA Fighting on 2n August, Espinoza said, “That reflects a couple of things. It’s in the ballpark of where similar fights have been. It is at a point below a lot of other higher-priced PPVs. But in particular, on this one, I think you’ve got a full boxing card of exciting young fighters. That was the key.”

Showtime has updated its fighting page with details regarding how you can buy the ticket for watching the fight online. After the payment of $59.99, you will be given access to live stream the fight on all the supported devices. These devices include smartphones, TV, Xbox One, Roku, Amazon Fire TV, Apple TV, and many more.

The U.S and Canadian users can live stream the fight via Sling, Sony PlayStation Store, and Fite TV. Viewers from Australia and New Zealand can watch the fight on Fox Sports and Sky Sports respectively.

The tickets for the live audience at the Cleveland arena have already been sold out. The tickets went on sale for the general public from 22nd July and were available at the starting price of $10.

The clash between pole and Woodley will be held in Cleveland, at Rocket Mortgage FieldHouse on 29th August, 8 p.m ET/ 5 p.m PT.

Tyron Woodley won his first and the only welterweight title back in 2016, and was able to defend it successfully consequently 4 times. But since then, he has seen a great downfall in his UFC career after getting defeated by Kamaru Usman in 2019 where he lost his title.

The UFC released Woodley earlier this year after his four consecutive losses. And now, he is trying his luck in boxing by facing an orthodox boxer, Jake Paul. 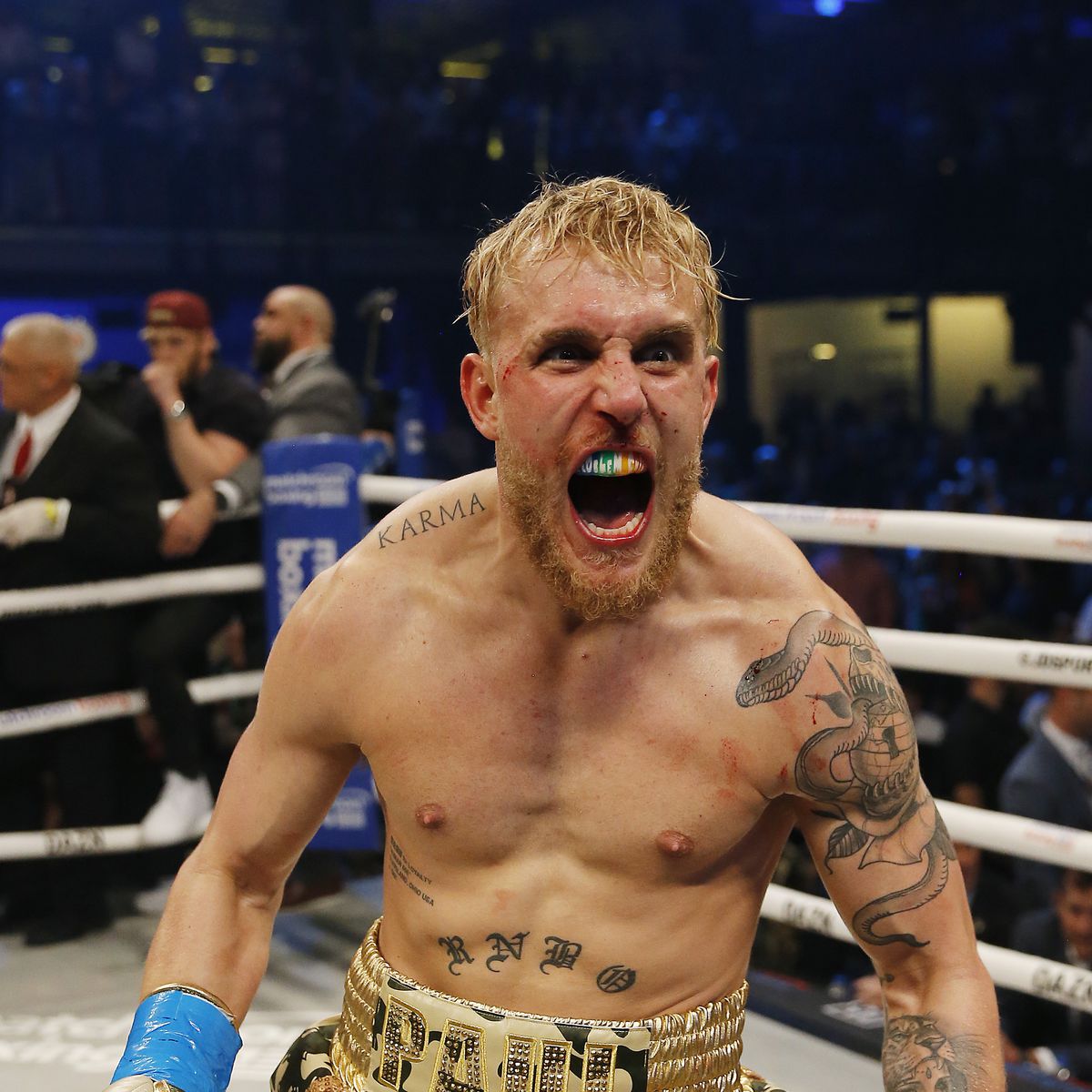 On the other hand, Jake Paul in his young boxing career is still undefeated. Being young, and having the support of youth on his back, It wouldn’t be surprising that Paul will manage to maintain his undefeated streak by defeating Tyron Woodley. Ironically, Tyron Woodley is one of the closest friends of Askren, whom Paul has already defeated in a 1-v-1 fight – how’s that for a coincidence?

Nevertheless, let us know in the comment section who is going to win the fight. Will it be, “I love Jake Paul” or “I love Tyron Woodley”.