American actor and Comedian Pete Davidson will not be able to make it to the Italian nuptials of Kourtney Kardashian and Travis Barker because of work commitments. The 28-year-old comedian “will be on Saturday Night Live tomorrow,” as confirmed by sources who are privy to the matter to Us Weekly amid rumors that he might join girlfriend Kim Kardashian in Italy for her sister’s third marriage to Barker.

Kim along with her family and friends graced the occasion in Portofino, Italy on Friday, with the family members celebrating pre-wedding dinner in the city with Kourtney and Travis.

The couple’s nuptials are reportedly set to be held at Portofino’s Castello Brown sometime this weekend. Kourtney and Travis got engaged last year in October after being in a relationship for less than a year. The duo know each other for more than a decade now. They tied the knot officially during a courthouse wedding in Santa Barbara held last Friday. 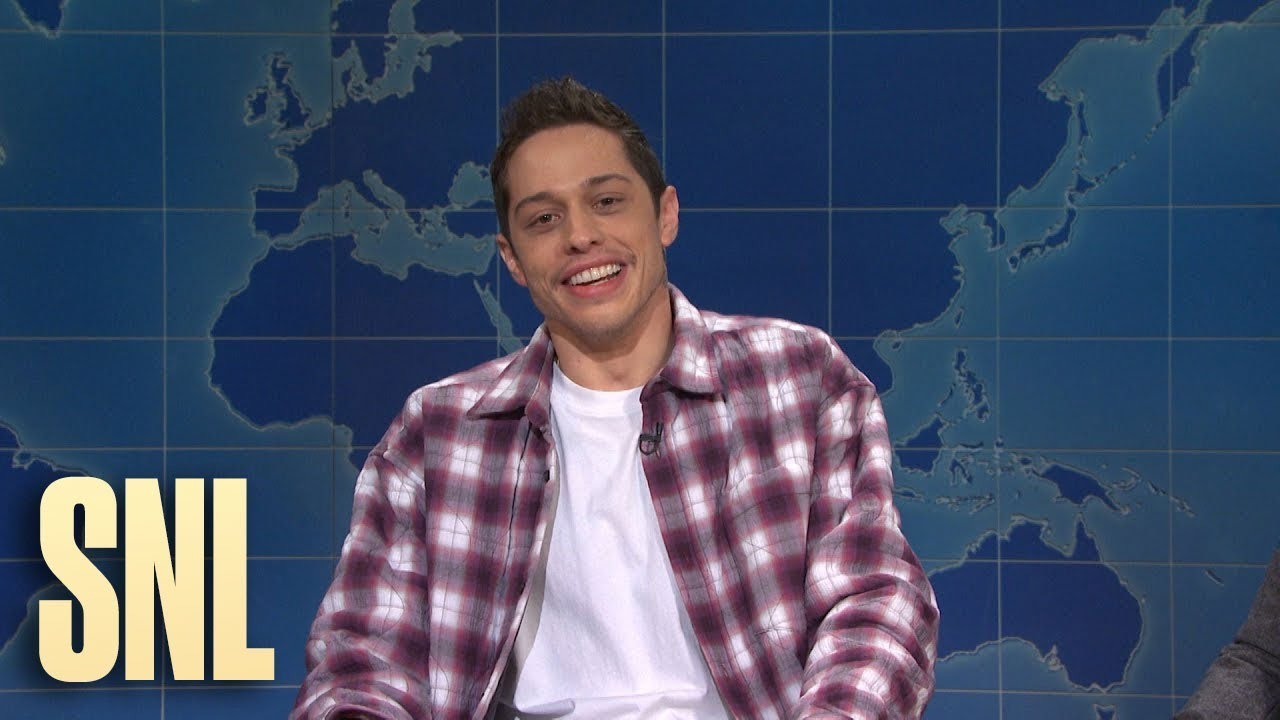 It was announced yesterday that Pete Davidson would be bidding adieu to SNL following Saturday’s 47th season finale.

Davidson made his debut on the famous late-night show, Saturday Night Live eight years ago in 2014 and gained prominence in a very short time. . It is also expected that Kate McKinnon, Aidy Bryant, and Kyle Mooney will announce their departure plans after today’s show.

Davidson earlier gave a clue regarding his departure from the show in 2021 after appearing on SNL season 46. Pete said, “Yeah, I’m good. I’m surprised I made it to seven [seasons]. I’m ready to hang up the jersey.” He then discussed the end of his contract with SNL and he is not sure what he will do next during interaction with the Gold Derby in June 2021.

Pete said, “[The finale] was really emotional. I worked with these guys for a fourth of my life. … I started there with acne and left with tattoos. It was just like a crazy, long period of time, and [I] wasn’t ready for the season to end yet because I was really having so much fun”.

Davidson made a comeback for the SNL’s season 47 in October 2021 and has surprised several viewers. It was a sheer coincidence that he crossed paths with 41-year-old social media personality Kim who made her SNL hosting debut on 9th October. A month later speculation was ripe in media that the duo are in a relationship, with a source confirming that the Skims founder was “falling for” Davidson. Davidson started dating Kim last year in November after sharing a kiss in a sketch during Kim’s Saturday Night Live (SNL) in October. Kim took to Instagram to confirm her relationship with Pete official.

She made her red carpet debut with Pete recently at The White House Correspondents’ Dinner held last month. Earlier this month, the couple were seen climbing the steps of New York City’s Metropolitan Museum of Art during their appearance at the mega event “Met Gala”.

An insider said, “Kim and Pete are even happier now that they can attend events together and be in public. They love spending as much time together as possible.”

Have a regular check at this space for the latest updates on your favorite celebrities!