Someone got a new house and you can’t keep quiet if you hear the worth of it. It’s $2.7 Million!

Hasan formally known as ”hasanAbi” Piker’s recently announced buying a new house in the heart of Los Angeles, West Hollywood for a whopping $2.7 million. He is popular as a Twitch streamer and is also a ””left-wing political commentator”.

Netizens are bashing him all over Twitter and are flooding over with rage. The shock primarily is how he is even able to afford a house, let alone be it in LA.

With a self net worth of $2 million, fans are really curious to figure out how could he manage a $3 million home after all. Well, the net worth is much more than the provided figure. 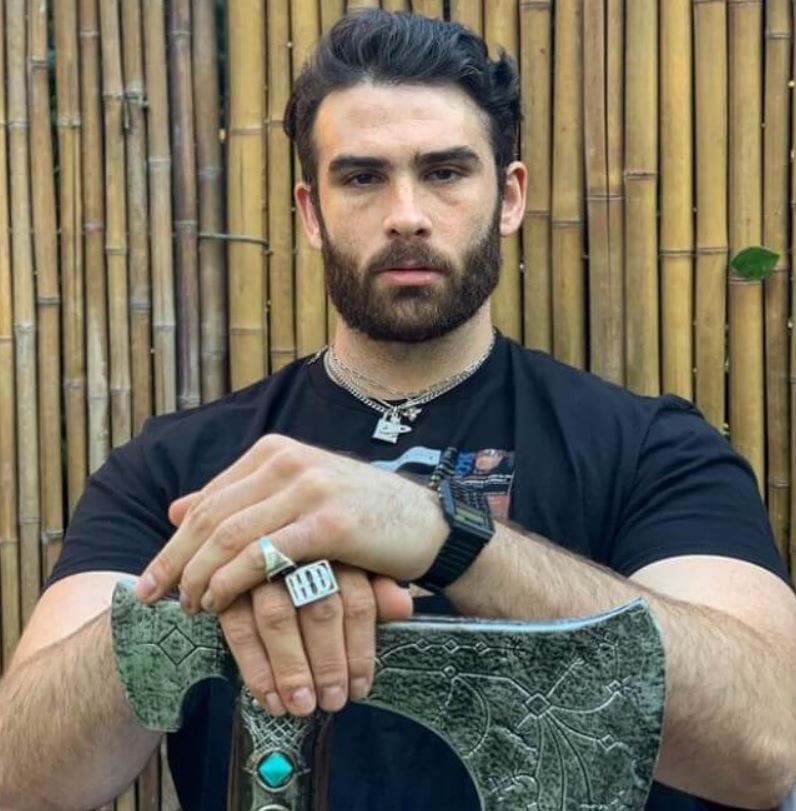 Let’s figure out all that happened.

HasanAbi and the $2.7 Million House

Dirt.com, a popular Real Estate tracking website provided the reports and confirmed the purchase of HasanAbi’s house in West Hollywood for $2.7 Million Dollars.

The approximate specifics of the house are 3,800 square feet and have five bedrooms and bathrooms. Moreover, there’s also a swimming pool.

According to the Netizens, the purchase that the HasanAbi made contradicts his socialist personality. This is the first and sole reason behind him getting bashed on Twitter with such angry comments. The streamer has been trending and more than 25k tweets have been doing rounds, not in a good way, I tell you. 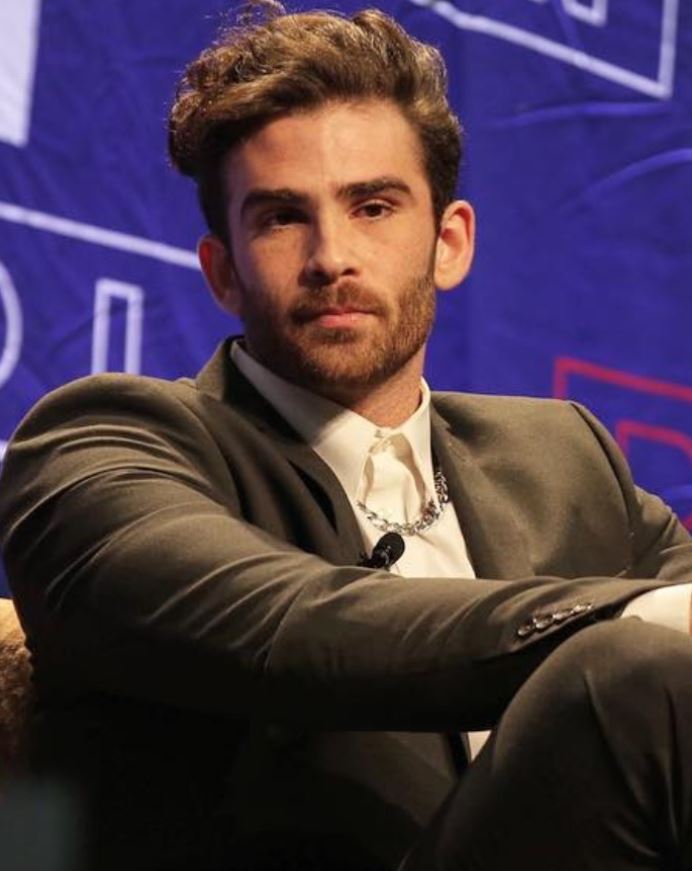 For Twitteraties, the purchase is extravagant. However, there are a few in support of him too which includes Ethan Klien.

He said – ””There is a difference between making millions on Twitch and paying 50% in taxes, and Jeff Bezos being worth 150 billion and paying no taxes. Happy Hasan is crushing it.”

Yall really think Hasan shouldnt be able to own a nice house and also champion for the poor and underprivileged? There is a difference between making millions on twitch and paying 50% in taxes, and Jeff Bezos being worth 150 billion and paying no taxes. Happy hasan is crushing it

Before Piker became a Twitch Streamer, he was working in a show, The Young Turks. Soon after, he started his Twitch channel, which became very popular. The 30-year-old is seen providing aggressive and derogatory comments about politics.

In 2020, Piker counted as the top 10 people to make it to the highest-earning fellas on Twitch. The gross was $1.06 million from Twitch.

He became very popular as a social media influencer as well, almost all of his revenues that include subscriptions, ads, and donations come from Twitch. Moreover, there are results that state him making almost $150,000 through Twitch and over $20,000 from Youtube.

Darling, now we are getting to the reasons.

That’s not all. He makes more cash through paid sponsorships. Right now, his Youtube channel has 743,000 subscribers. 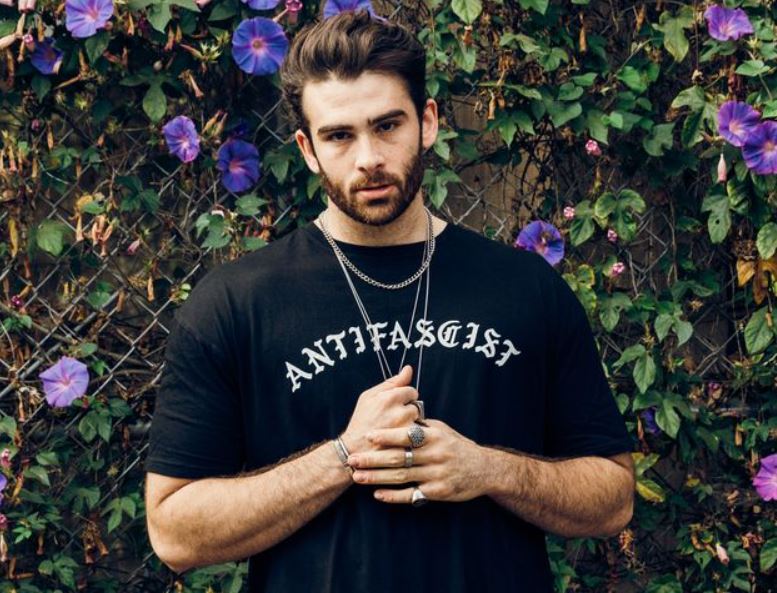 His residence, the one he bought, is referred to as ” “Mediterranean-style residence.”. There is also room for privacy.

HasanAbi’s fans are thrilled after they learned about his recent purchase. On the contrary, there is a lot of slamming that’s following as well.

As they are mentioning, being a socialist, spending $2.7 million on a house isn’t worth it.

One of the tweets read ”If he was a multimillionaire, I would almost understand the criticism but these are the same people s*****g off Bernie Sanders (even tho he owns two homes) criticizing hasan for just wanting somewhere of his own to live”

“Lol i just find it funny that hasan (who only became a successful streamer because his uncle runs the TYT) purchases a $3 million home in Weho, pays for $2,000 dinners with other streamers, and but watch other peoples Youtube videos and eats, is advocating for “sOciALisM,” said the next tweet.

Woah, that was harsh!

There are a battalion of those posts and you have to keep going forward to see the tweets that are flying all over Twitter right now.

Netizens are angry and their posts and comments certainly state the same. Here you go with some of the slams Hasan had on him.

One of the Twitter posts, really took a swing on him, it said – ‘‘hasan I’m not mad at u, can I actually come see the house? maybe have some drinks? see where the night goes…”

+ve or -ve, leaving on you to decide.

hasan I’m not mad at u, can I actually come see the house? maybe have some drinks? see where the night goes…

Here comes the next, that reads – ”if hasan piker really considered himself a socialist he would commit himself to never living anywhere, and definitely not in a house”

if hasan piker really considered himself a socialist he would commit himself to never living anywhere, and definitely not in a house

The next one said – ”The hasan house shit is funny because its a 3 million dollar house and that is a lot, but the man has been making over 100k a month for like a year lmfao. Did people just now realize he was loaded?”

The hasan house shit is funny because its a 3 million dollar house and that is a lot, but the man has been making over 100k a month for like a year lmfao. Did people just now realize he was loaded?

socialism is when no house

For some, it was definitely funny.

We aren’t done yet.

“leftists” mad that Hasan can afford a nice house pic.twitter.com/GJ1GF7BZw1

And for a break,

Can't believe Hasan Piker would rather buy a house instead of paying rent his entire life, I'm seething and coping rn, about to throw up I genuinely can't hold my shit in anymore.

Not actually putting a conclusion to this, but maybe the anger is mostly because of how a ”socialist” could afford a house and that too with a swimming pool.

”don’t really see an issue with hasan buying a house. becoming rich off streaming probably ranks low on the scale of exploitation”, read the next.

don't really see an issue with hasan buying a house. becoming rich off streaming probably ranks low on the scale of exploitation

There are people trying to make it light and here’s what Hasanabi says himself.

Exclusive first look at the inside of Hasan's new house. pic.twitter.com/yZ3TIMmnPC

HasanAbi also defended himself and clearly mentioned on Twitter, where he said – ”“housing market [in Los Angeles] is fucked”

To others, he gives a response, ”“listen if you’re mad at me tax the fuck out of people like me.”

Many joined the force in support of him, here are a few.

ppl on twitter mad at hasan rn: socialism is when no house😡😡😡

People are really mad at hasan for buying a house? Fellas is it anti socialist to have a place to sleep at night