Harini Logan was out from the competition once and was later reinstated. Harini finally won the trophy after the first-ever lightning-round tiebreaker. “I was like ‘Wow, I’m out. This is it. There were a few minutes in between that were frantic. Just so surreal, this is such a dream”, Logan said after completing her fourth national competition.

Harini Logan and her competitor Vikram Raju both failed to spell two words correctly in a row between the 13th and 18th rounds. Judges then decided to institute the first spell-off wherein whoever spells correctly as many words as possible in 90 seconds will win the Bee. 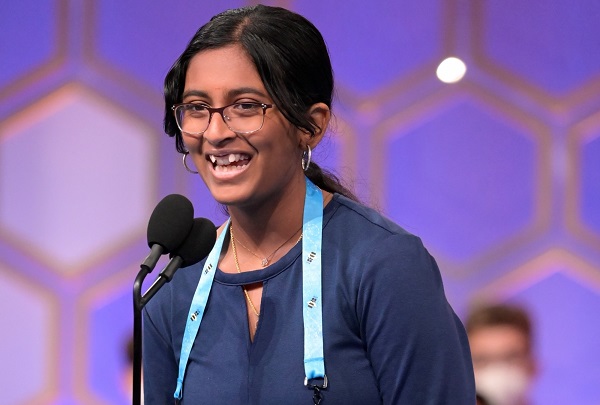 Dr. J. Michael Durnil, Executive director of Bee said, “We activated the spell-off because it was the best chance to show the extent of these spellers’ preparation. Clearly, they demonstrated their deep capacity for the competition.”

15-year-old Logan spelled 22 words correctly while her competitor 12-year-old Raju spelled 15 words right. “Moorhen” was officially the winning word of this year which refers to a medium-sized bird defined as “the female of the red grouse.” 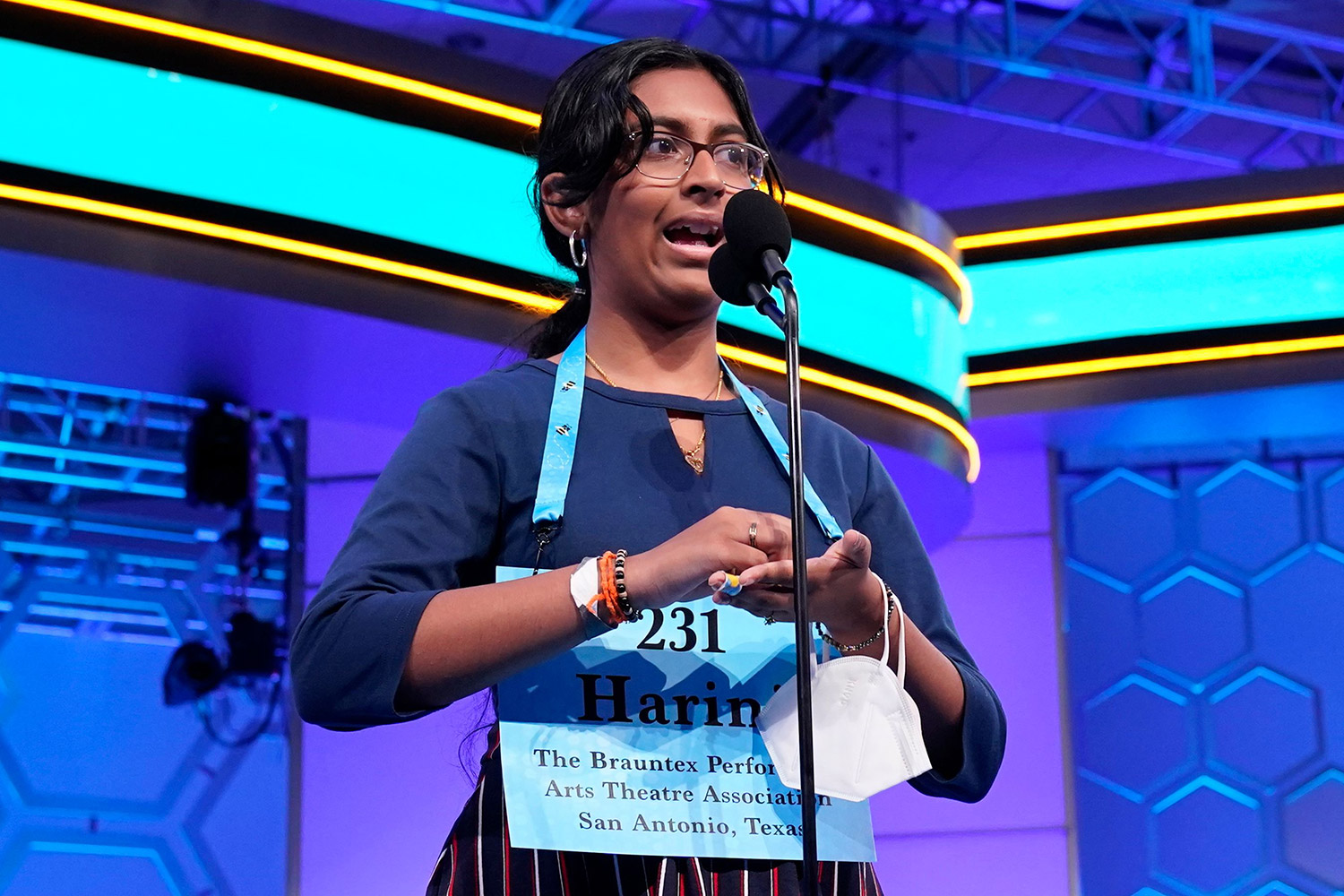 Scripps tweeted, “By correctly spelling 22 words in the Spell-off, the 2022 Scripps National Spelling Bee Champion is #Speller231 Harini Logan!”. In another tweet it added, “Harini Logan’s final winning word: moorhen, part of speech: noun, def: the female of the red grouse, Language of origin: This word is originally English. Sentence: The hunter took aim at the moorhen after the beaters had flushed it from the heather.”

How much prize money did Harini Logan win?

Logan was awarded a cash prize of $50,000 and the Scripps Cup trophy along with top of awards from Merriam-Webster and Encyclopedia Britannica that concluded on 2nd June. 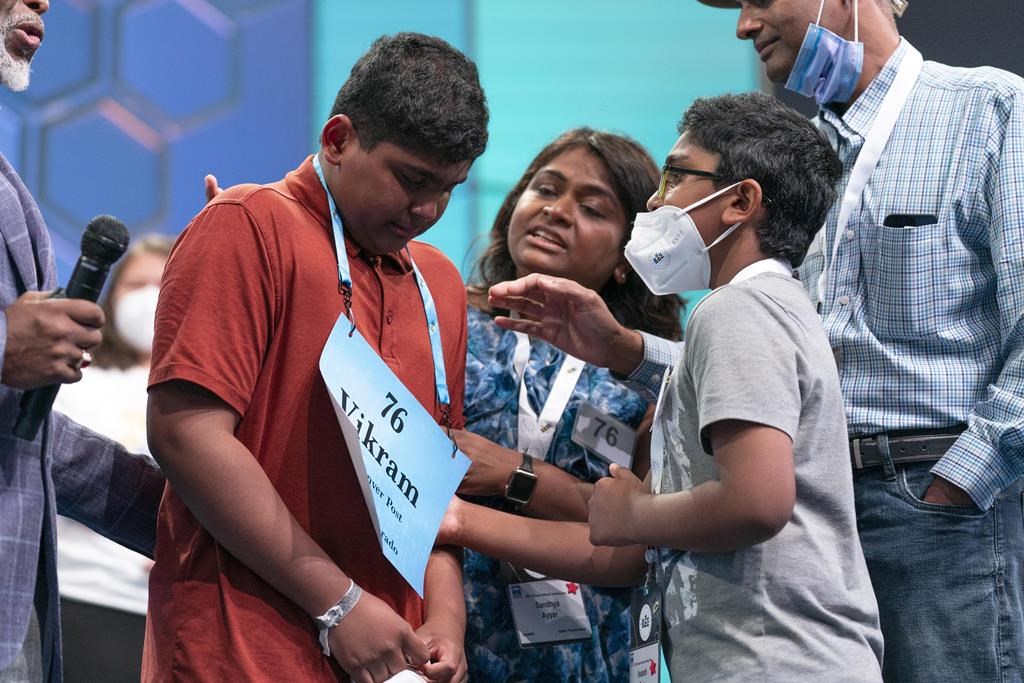 In order to discourage the strict memorization of words and instead give importance to having an approach to language, the Bee started incorporating multiple-choice “word meaning” rounds in 2021.

Grace Walters, one of Logan’s coaches said, “She is incredible. She is brilliant. She is poised. I have watched her encounter so many challenges in her journey and she tackles every one of them and moves forward with an exuberant smile.”

Harini was one of the best-known spellers entering the competition and she was a favorite among the audience as well for her grace and positivity. 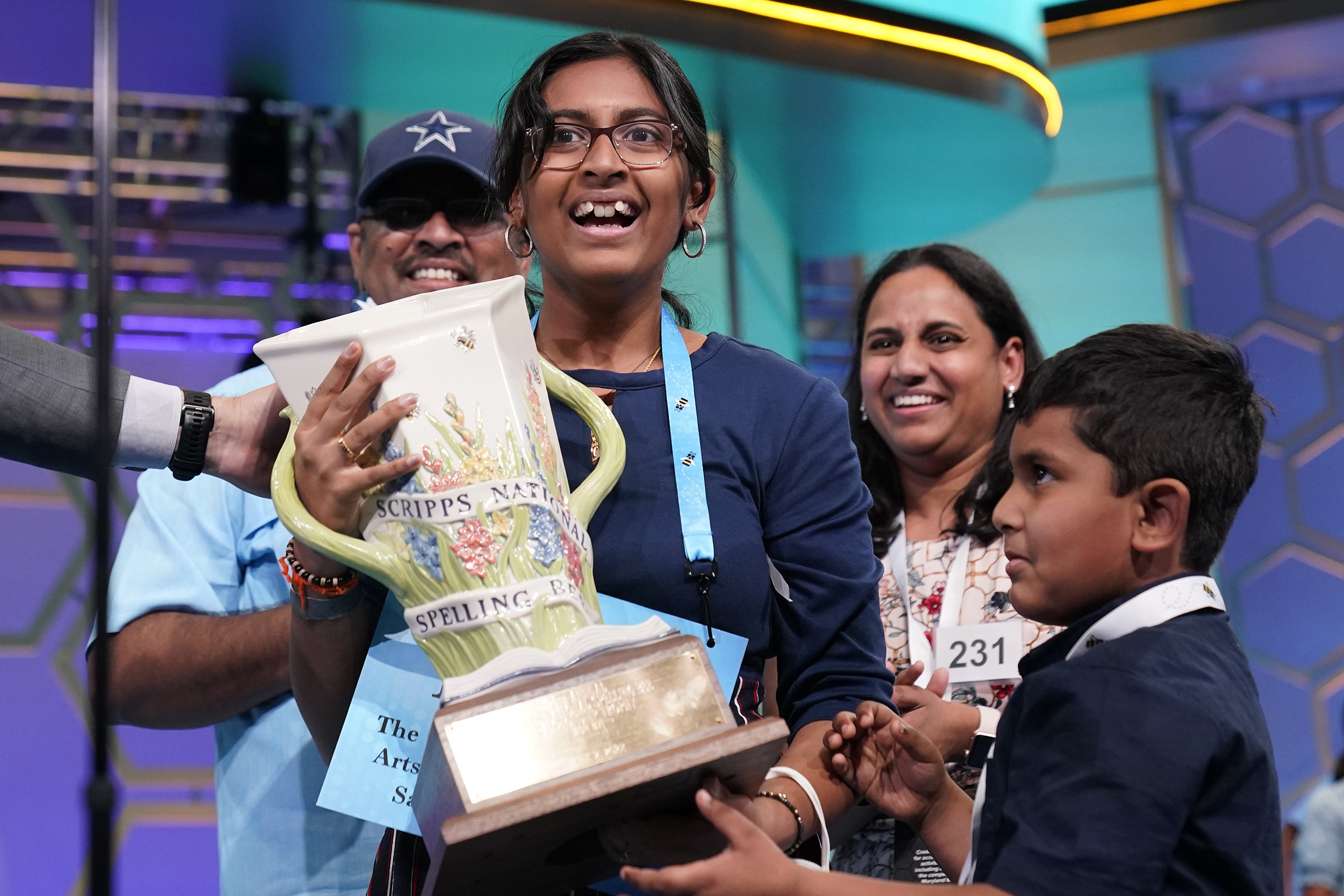 Some of the words in the final rounds included scyllarian, pyrrolidone, Otukian, and Senijextee, among others. In the game of Spelling Bee, one letter part of a word or among the multiple-choice questions can make you the winner or runner-up of this competition.

The Spelling Bee competition did not happen in 2020 owing to the COVID-19 pandemic. However, it returned in 2021 by making some changes. Last year’s competition was a virtual one that had three rounds with 209 contestants. The finals took place in person at Florida’s ESPN Wide World of Sports Complex.

It's official! We have the 2022 Scripps National #SpellingBee Finalists. Their journey took determination, focus, and lots of hard work.#Speller1#Speller65#Speller76#Speller87#Speller104#Speller178#Speller189#Speller197#Speller205#Speller206#Speller231#Speller234 pic.twitter.com/n4B5MVakLT

This year’s Spelling Bee competition has 234 participants. However, only 12 made it to the finals held on Thursday. This year, the event was hosted by LeVar Burton.