Famous Canadian rapper Drake has offered tributes to the late fashion designer and his friend Virgil Abloh with a new tattoo. 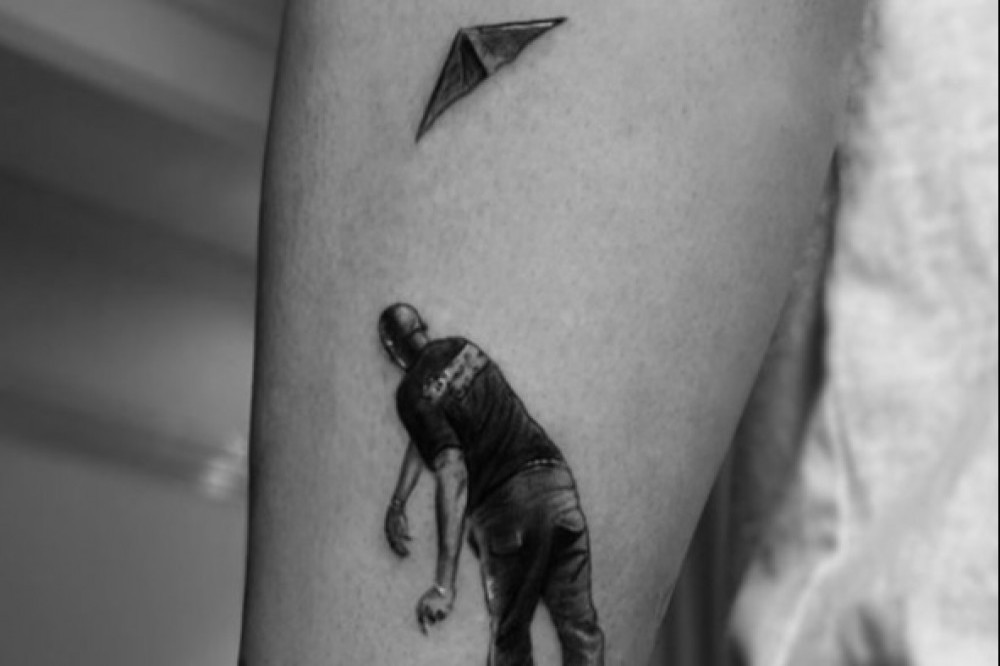 Well, this is another addition to the 35-year old rapper’s tattoo collection who usually gets tattoos of the artists he respects and admires inked on his body.

The new micro realistic tattoo which he got inked to honor late Abloh displays an image of the late designer flying a paper plane down the runway at his Louis Vuitton’s debut show. 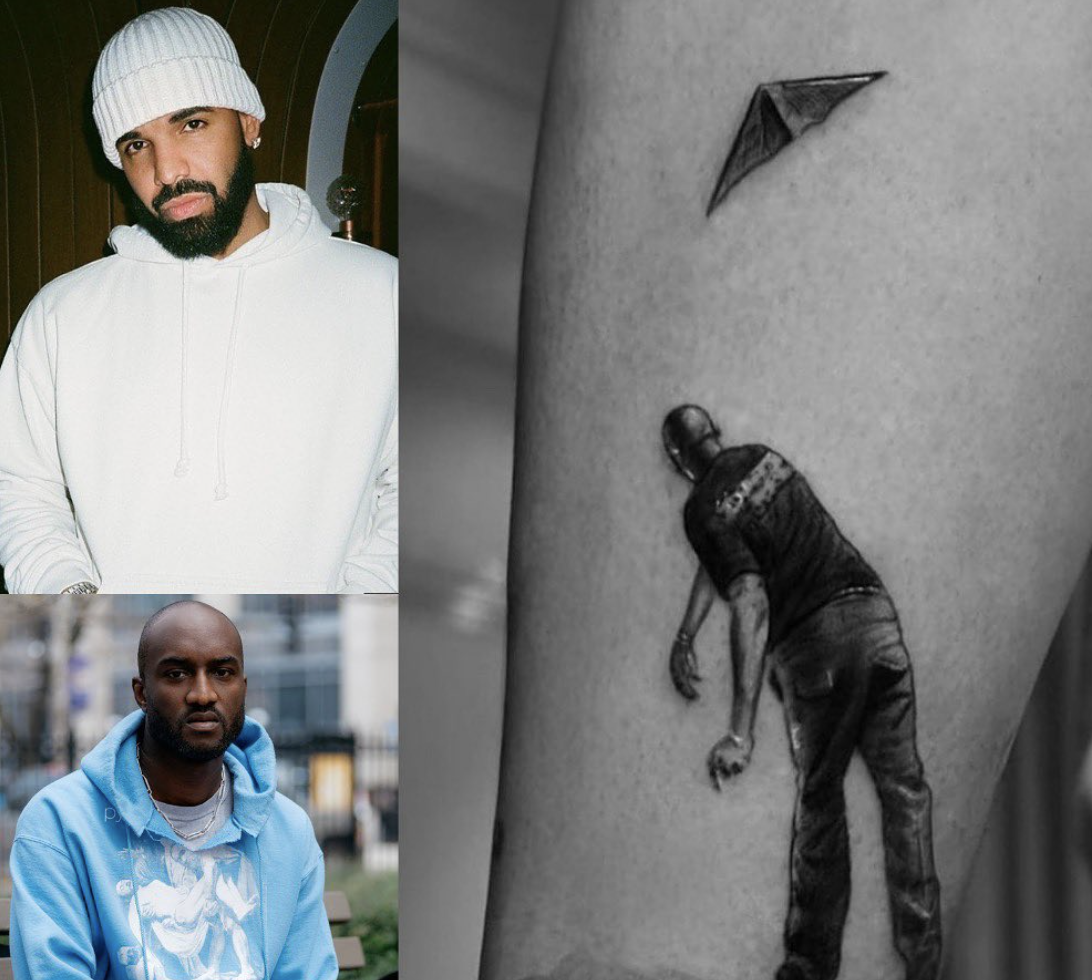 The tattoo has been revealed by Los Angeles-based tattoo artist Joaquin Ganga who posted the image displaying Drake’s arm with the new ink via Instagram by adding a caption to it as: “A remembrance of the great Virgil Abloh done on Drake” @champagnepapi @virgilabloh Microrealism”

Well, to those unversed, Virgil who holds a civil engineering degree also contributed to designing Drake’s $200 million worth jet which makes the paper plane significant.

Virgil Abloh passed away on Sunday, 28th November after a private battle with cancer at the age of 41. Abloh was the founder and CEO of Off-White label and also the artistic director for Louis Vuitton menswear.

His untimely death had left almost everyone from the fashion and the music industries in shock.

Many artists and celebrities paid their tributes to the late designer. Celebrities including Idris Elba, Kim Kardashian, Kanye West, and others have shared their reactions publicly.

Idris Elba honored Abloh at The Fashion Awards 2021 in London, one day after his death who took on to the stage just before the event and said, “I lost a friend, his wife lost a husband, the fashion industry lost a legend, and the world lost a special human being.”

West offered his Sunday Service to the late fashion designer hours after his death. His message was there on the site after the event which read, “In loving memory of Virgil Abloh, the creative director of [Ye’s latest album] Donda.”

Louis Vuitton has unveiled a giant statue of Virgil Abloh to honor the late designer at SS22 Miami Presentation on November 30th in the presence of a crowd packed with celebrities and fashion figures from all across the world. 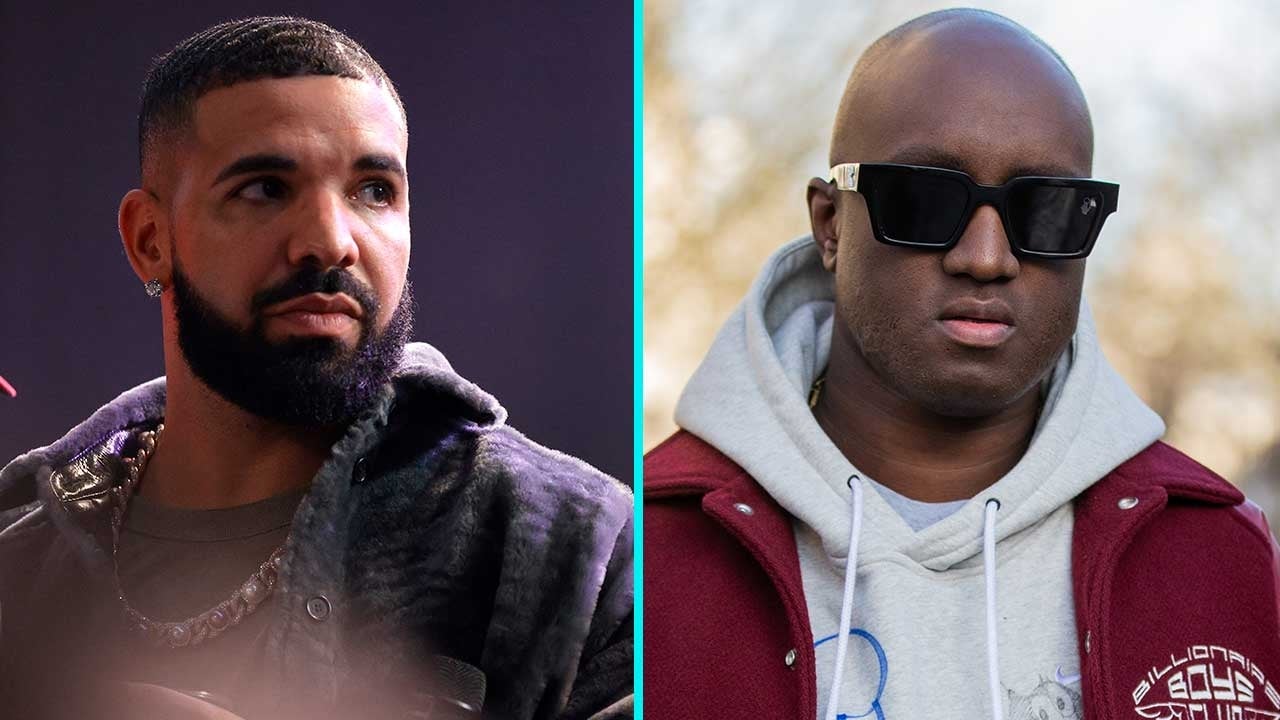 Drake also offered his tributes to the late designer hours after his death by sharing a few pictures on his official Instagram handle.

He captioned his post as: “My plan is to touch the sky 1000 more times for you…love you eternally brother 🕊thank you for everything.”

Drake is said to have some 35 tattoos inked on his body. One can see a portrait of Lil Wayne on his upper arm and that of British singer Sade on his torso. There are tattoos of Aaliyah’s stunning visage as well as a young Michael Jackson on his back.

He also used ink to get a tattoo of actor Denzel Washington’s face which prompted the actor to comment: “Yeah, that’s me” when he made his appearance on Jimmy Fallon in 2017.