Drake and Kylie Jenner Accused of Sleeping Together

That’s burning news of the hour!

Is there a reality or are they just rumors? I would rather find out.

It all started on December 5th when a TikTok user used all his might and posted Jenner’s and Scott’s images on the Internet. The picture was from a magazine shoot that wasn’t released because of the Astroworld Tragedy that took 10 people with it.

Twitter is currently on the hot flame with all the rumors about Drake and Kylie. Let’s find out how and where all of this started. 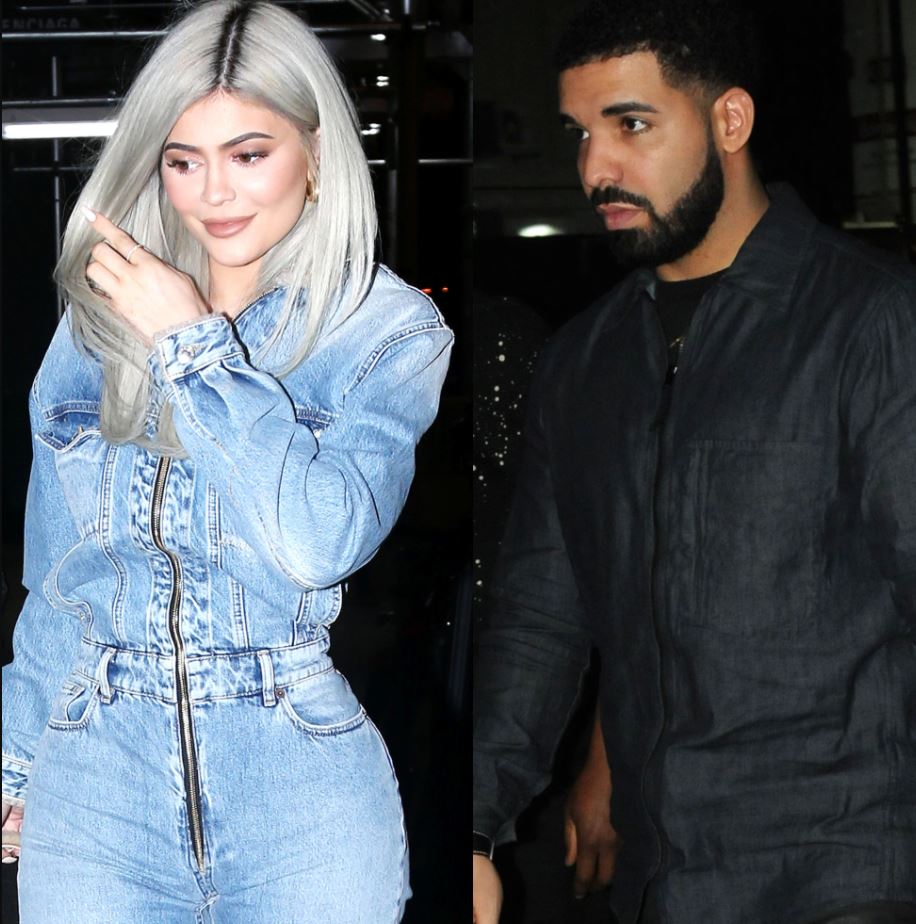 Kylie and Drake have never been a ”couple”, not that we know of. However, fans have had the pleasure and time to link these two. Currently, Jenner is expecting her second child with Travis, and Twitter has fired all over again with Drake and Kylie’s linkup stories.

“Travis and Kylie seemed very comfortable under the sheets, but even though they will soon have two children together — their daughter, Stormi, is 3 — they are not a couple, and haven’t been for two years,” the user emphasized. 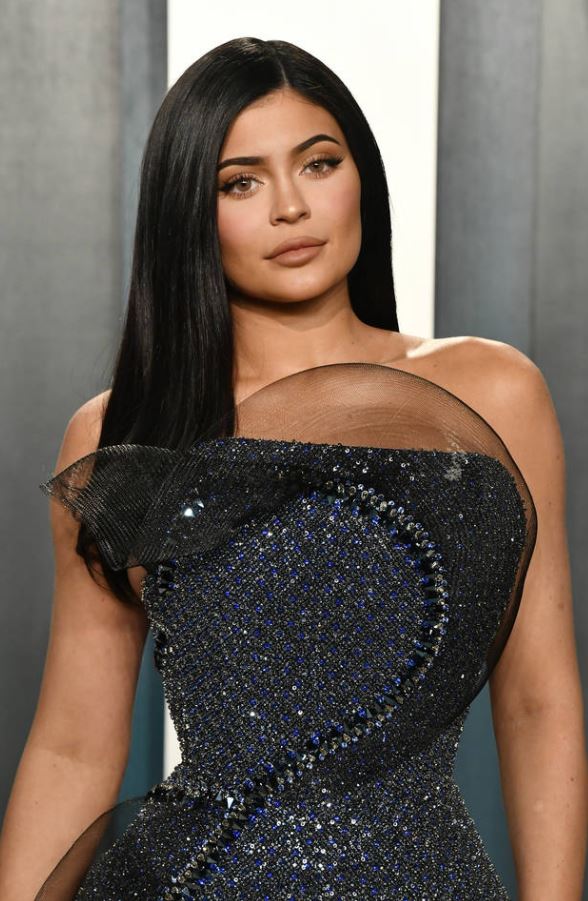 “My friend worked this shoot and said they didn’t talk to each other the whole time.”, the user added.

Khloe Kardashian, Kylie’s sister defended her by clearing the space about the couple as she wrote, “Wow, I don’t know why this magazine would write this but they are very much a couple,”

Drake and Kylie’s Rumors or Truth?

The rumors about Kylie and Drake started brewing after Maralee Nicholas, a fitness trailer carrying Tristan Thompson’s third baby put it out on Instagram.

“I’m not being quiet anymore. Idc about a gag order or the Kardashians threatening to sue for defamation. It’s so many twisted, unscrupulous dark things that the public doesn’t know about but they will. Soon. Just stay tuned”. 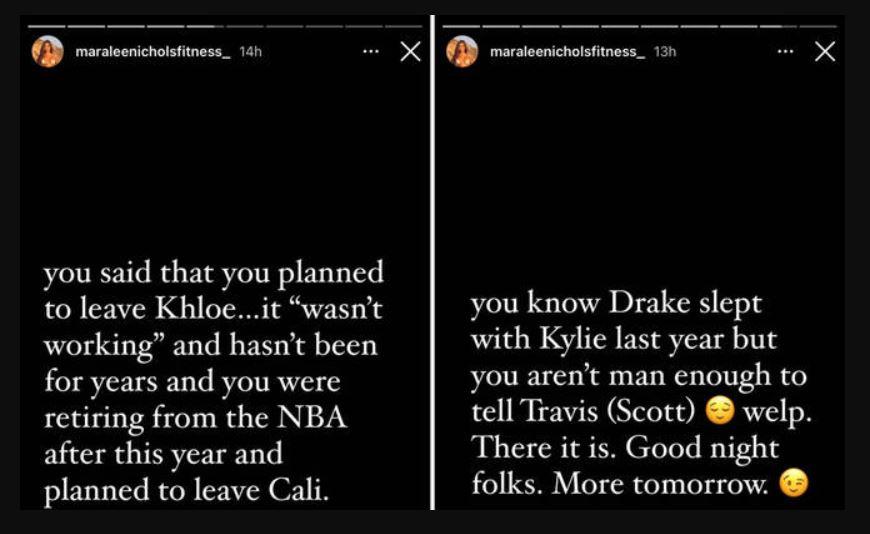 She also threw at us a screenshot from the basketball star 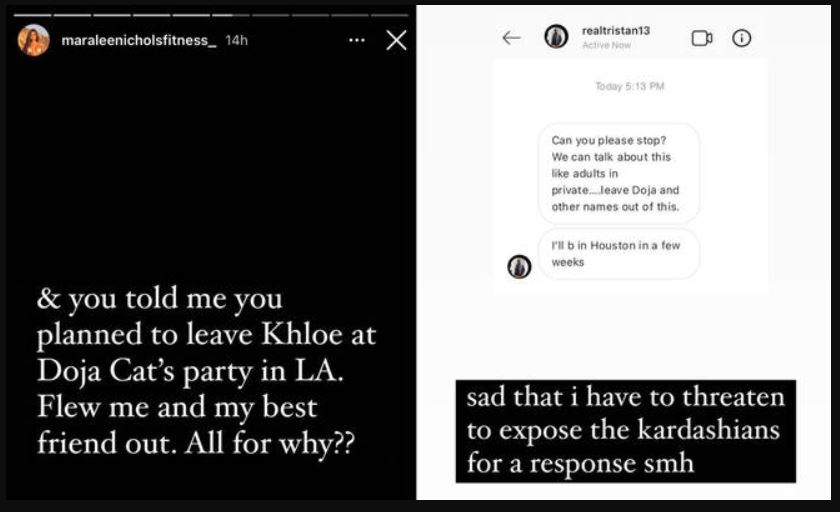 “Can you please stop? We can talk about this like adults in private….leave Doja and other names out of this. I’ll be in Houston in a few weeks”.

Furthermore, She tagged Kylie in a song titled ”20 Hoes” by Drake.

The song went viral even before it was released and the lyrics were out.

It read, ” Real shit, Kylie Jenner, that’s a side piece
I got twenty mothaf**kin’ Kylies. Ni**a, I got twenty damn Kylies.”

This isn’t the first time where Drake and Kylie are being linked up together. This happened in November 2019 when the pair was reported to know each other for a long time and to have ”mutual feelings for each other”