In one of the most memorable moments of Paris Fashion Week, Doja Cat rocked up in a shimmering red crystal outfit and had everyone’s attention after the singer appeared at the Schiaparelli show.

During the Schiaparelli couture show at Paris Fashion Week on Monday, January 24, 2023, it was clear that Doja Cat carried the theme of Chinese New Year to the show with her unbelievably red ensemble. 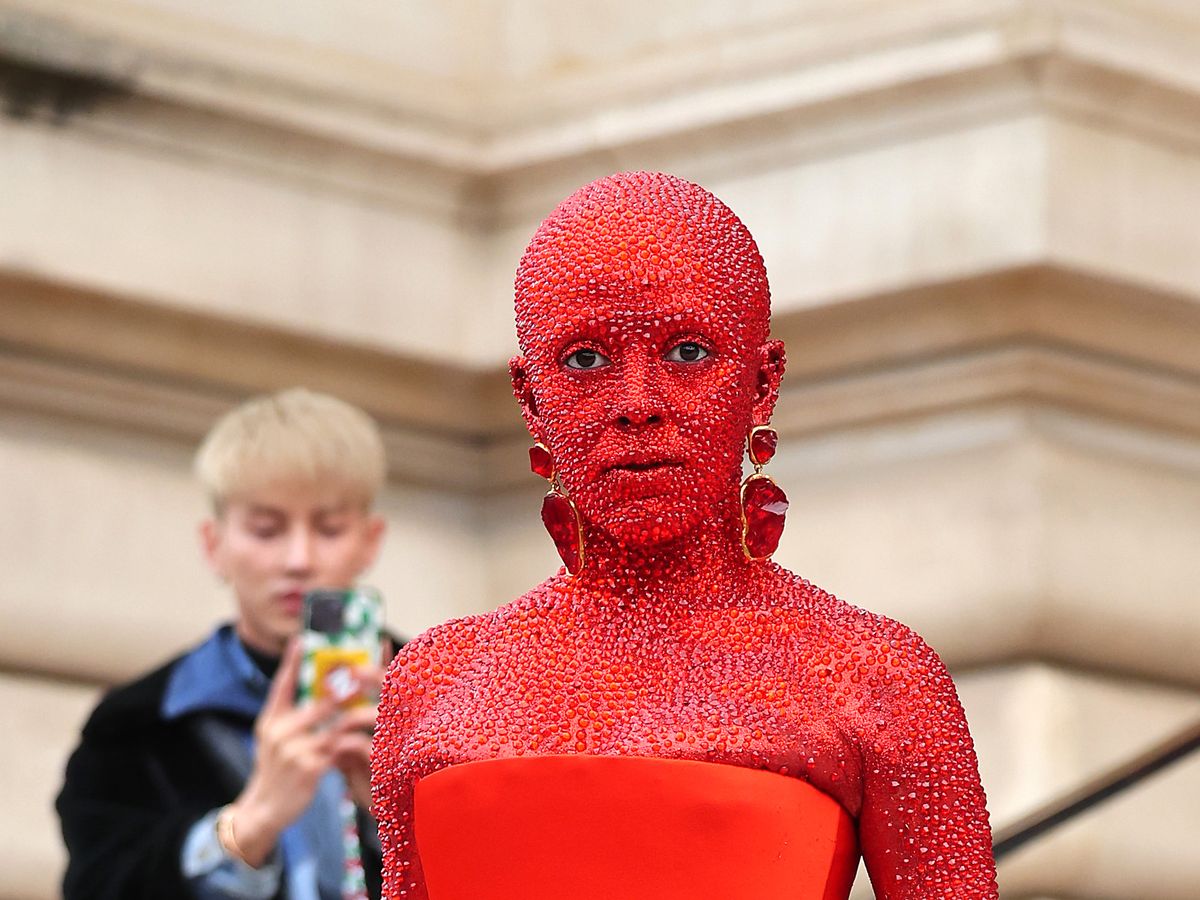 Over 30,000 Swarovski Crystals Were Hand-Applied All Over Her Body To Create A Magnificent Look 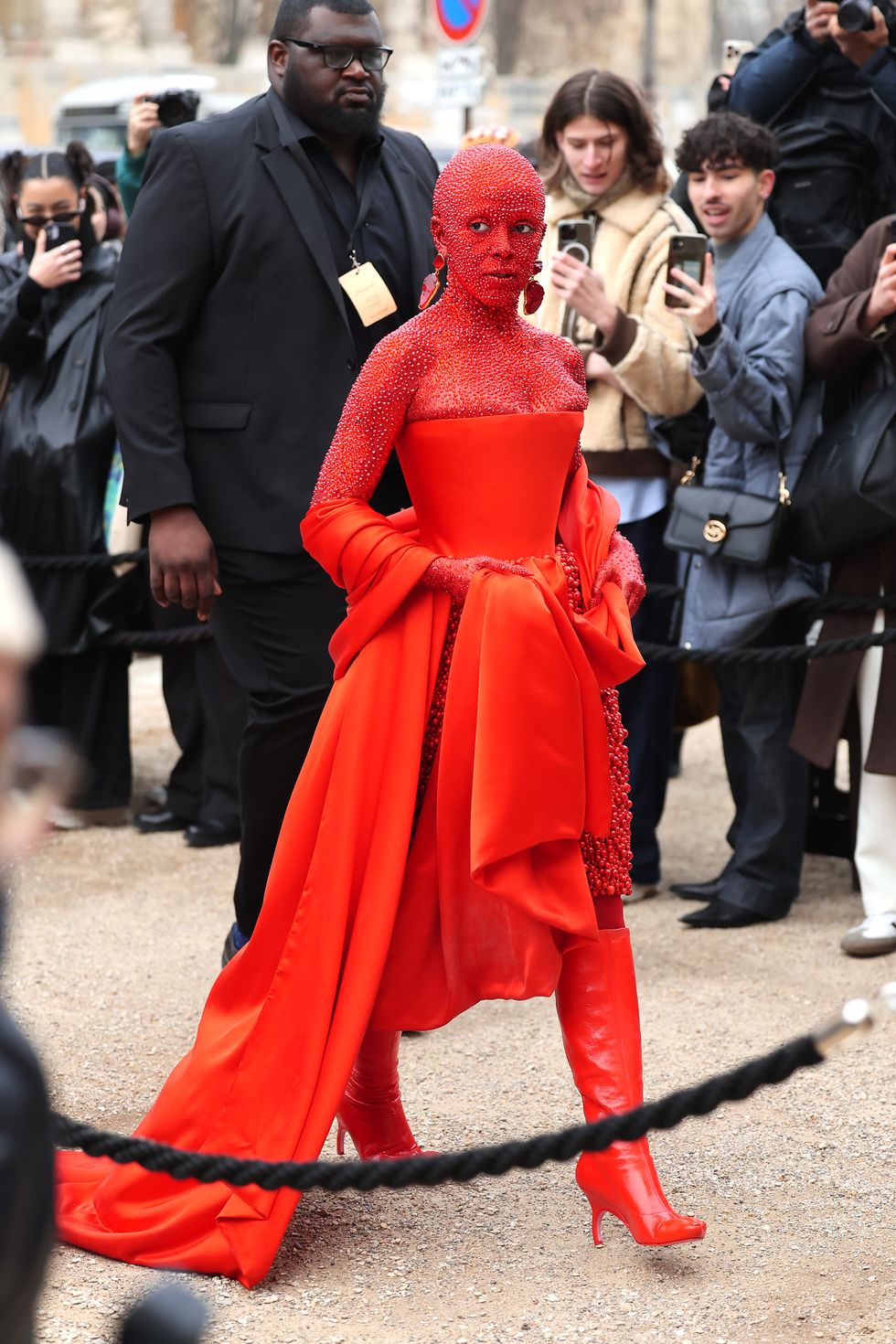 “Pat McGrath, the makeup artist at Vogue UK, described Schiaparelli’s collection as a beguiling blend of femininity and masculinity. With Divine Skin: Rose 001 The Essence and Skin Fetish: Sublime Perfection on some models, McGrath enhanced their complexions with her new Love Collection FetishEyes: Liquid Eye Shadow in Platinum Bronze.

She has created a mesmerizing canvas with radiant, multidimensional, and luminous beauties,” she said. It is reminiscent of the highest-order sculptures, a visual feast.” Doja Cat rounds out the group. For a “shimmering, scintillating, and subversive look,” McGrath and her team adorned the singer with crimson Swarovski crystals for the front row. She said it was a pleasure to collaborate with Doja Cat and Daniel Roseberry, two of the world’s most talented musicians.

The Schiaparelli show was a walking flame despite the cold in Paris. With her fiery crimson costume, the Woman singer blew the internet away, even though the fashion house is known for its avant-garde structural silhouettes.

It wasn’t the highlighter that made Doja sparkle under the spotlights of the catwalk. Instead, the incredible Swarovski crystals glued to every exposed inch of her body, even the tips of her fingers, made her glow.

“Her patience and dedication as she sat with Team Pat McGrath and I for four hours and 58 minutes to achieve the creation, covered in over 30,000 hand-applied Swarovski crystals, was truly inspiring.” The stylist said. Hairstylist Guido brushed the models’ hair back into chic wet-look updos, adding touches of gold here and there for sculptural effect so as not to distract from the collection’s silhouettes.

Schiaparelli – The Story Of The House 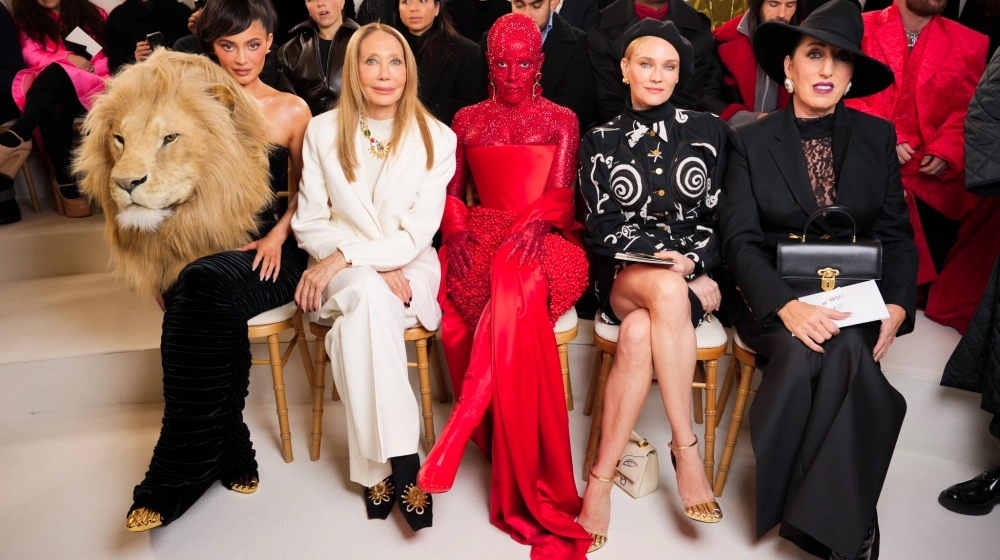 She has collaborated with artists such as Dali, Cocteau, Man Ray, Giacometti, and Marcel Vertès, who became legends in their own right for their iconic achievements. Today, Maison Schiaparelli continues to cultivate this incredible heritage, bringing a sense of elegance and vitality to the essence of bold style that women of the 21st century can relate to.

Taking a closer look at how much it cost her to create the entire look, we’re only left wondering how on earth she removed it. You would not be able to imagine all this. However, if you would like to share your thoughts, you can post a comment below.