The American stand-up comedian Dave Chappelle’s show at First Avenue in Minneapolis, Minnesota, scheduled for Wednesday (20th July), was cancelled just hours before the comedian was supposed to perform after the club was criticized for booking the comedian.

It has been reported that First Avenue has posted a statement on its Instagram account confirming that Chappelle will perform at Varsity Theater this Thursday and Friday (21st and 22nd July, respectively), where the star had already been scheduled to perform two sets on Thursday and Friday. 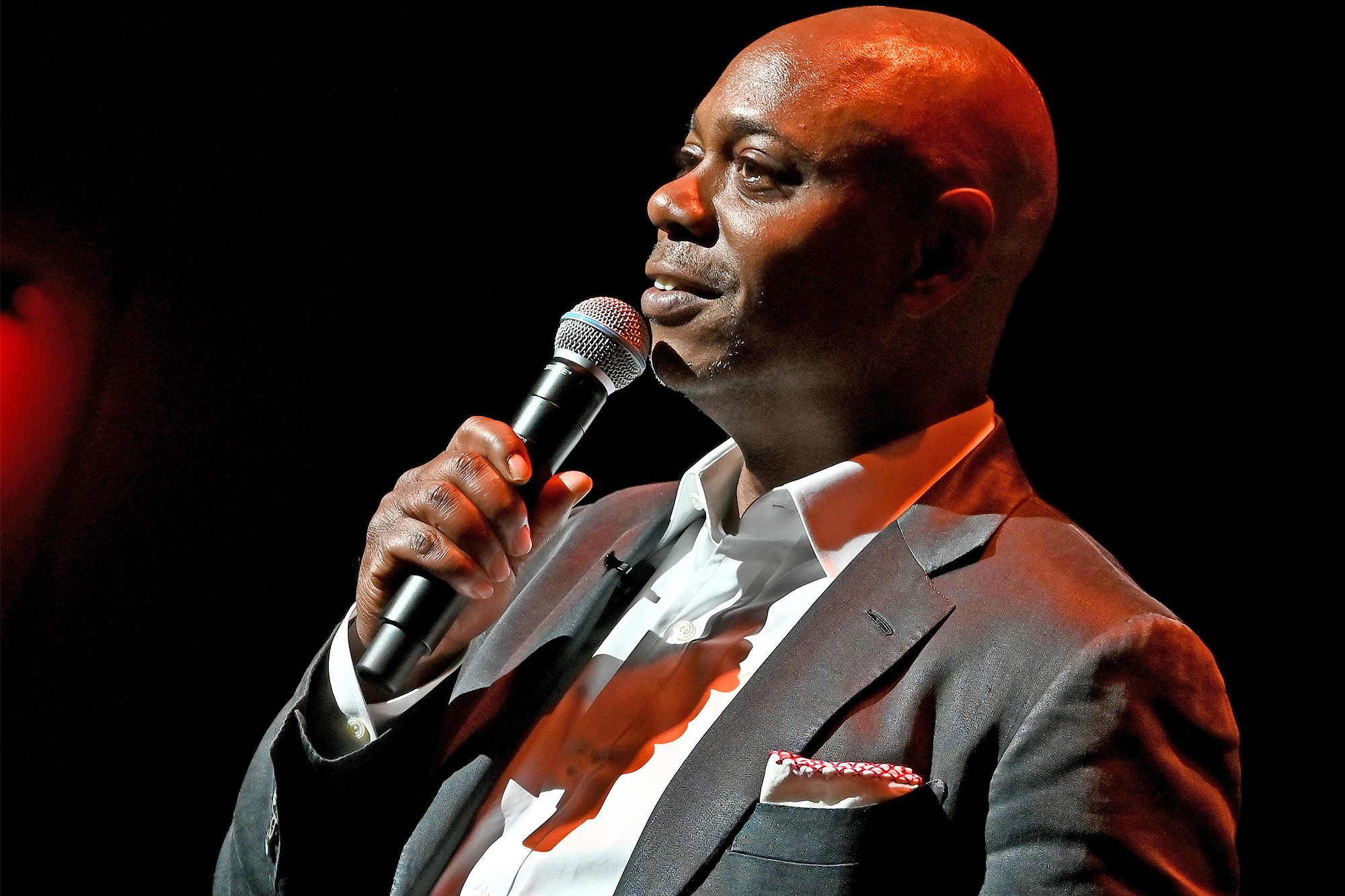 It was announced this week that First Avenue, the iconic venue where Prince’s “Purple Rain” was initially scheduled to take place, would no longer be hosting the performance there and would instead take place at the Varsity Theater in Boston.

This venue responded in an Instagram post to the social media backlash it had received after booking comedian Dave Chappelle. Since his Netflix special “The Closer” was criticized for its transphobic jokes this year, he has been embroiled in controversy.

A Transphobic Accusation Has Been Leveled Against Chappelle

In a handful of specials and appearances, Chappelle has been accused of being transphobic after he made jokes that some people felt were insensitive or mocking of the trans community. This seems to be one of the hills the comedian is willing to die on, as he has endured multiple backlashes for his comments and continues to endure various backlashes in the future.

After students protested, Chappelle declined to have his alma mater, the Duke Ellington School of the Arts in Washington, D.C., name a theatre after he rejected the proposal in June. During Chappelle’s performance at the Hollywood Bowl in May, he was attacked on stage, proving just how perilous the stand-up game has become over the years. 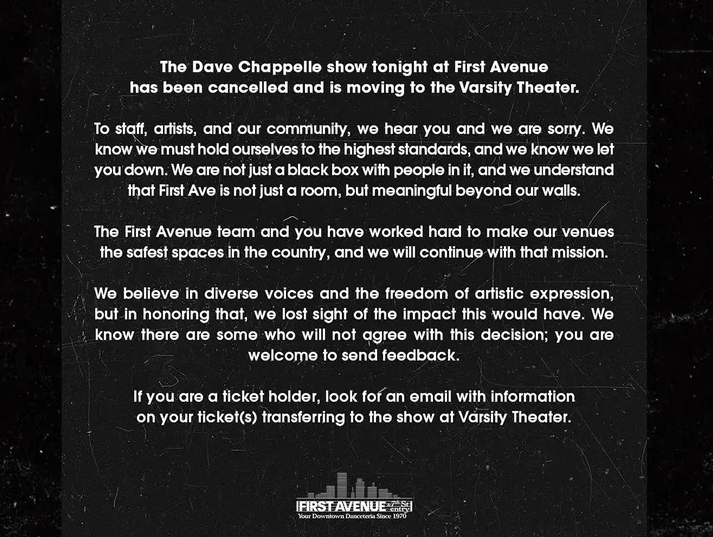 In spite of the controversy surrounding Chappelle, Netflix has doubled down on the show, or in fact, quadrupled down on it, ordering four new specials, each featuring different comedians Chappelle handpicked himself.

There Will Still Be A Chappelle Show, However

Dave will still perform in Minneapolis on Wednesday but won’t play at First Avenue. The venue has announced that his show will be at the Varsity Theater in Dinkytown instead. It will be interesting to see what happens during the rest of Chappelle’s week at Varsity Theater, as he has two more performances scheduled for Thursday and Friday.

A statement was posted to Twitter by Varsity Theater confirming that they will also be hosting Chappelle’s Show on 20th July at night. 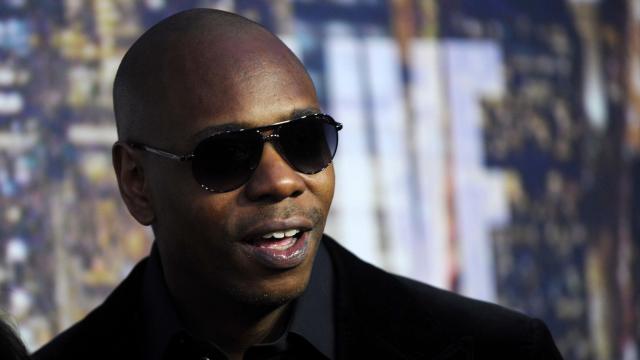 Dave Chappelle is an American comedian actor. In 2000, Dave Chappelle premiered his first stand-up special on HBO entitled Dave Chappelle: Killin’ Them Softly. The following year, he launched his sketch comedy show, Chappelle’s Show, which was a huge success.

There is no need to worry about the Chappelle show being cancelled. It has just moved to another theatre. Do you agree with First Avenue’s decision to cancel the show? We’d love to hear from you.