By Meenal Mehta
April 12, 2022
Share
Facebook
Twitter
Pinterest
WhatsApp
Schitt’s Creek star Dan Levy is not good at the moment. He recently suffered a few nasty cuts on his arm while he was on his way to the toilet. Levy shared all the details of the incident on social media platform Instagram. Read the article further to know how did he get injured. What happened to Dan Levy?

The 38-year-old took to his Instagram to spill the beans on what happened to him with his fans all over the world. He posted a photo of himself and penned a long caption to explain the whole incident.

“Ever have to pee so bad walking home from dinner that you start to run, then finally get home only to run to the bathroom, slip on the carpet, face plant on the thin rug covering hardwood flooring, bust open both knees, elbows, and forearms before actually making it to the toilet? We’re doing great, everyone. Wishing you and yours a pleasant evening!”, he captioned the post.

In the picture posted by the Canadian actor, we can see a few cuts on his arm. We wish that the star gets well soon. Many celebs from Hollywood like Sharon Stone and Helen Hunt stopped by in the comments section of his post.

When did Dan come into the spotlight?

Daniel Joseph Levy popularly known as Dan Levy was born on August 9, 1983, in Toronto, Ontario, Canada. He is the son of Deborah Divine and Canadian actor Eugene Levy so it would not be wrong to say that acting runs in his genes.

When we talk about Levy’s educational qualifications, he attended high school at North Toronto Collegiate Institute, and then later he went on to pursue film production at York University and Ryerson University. 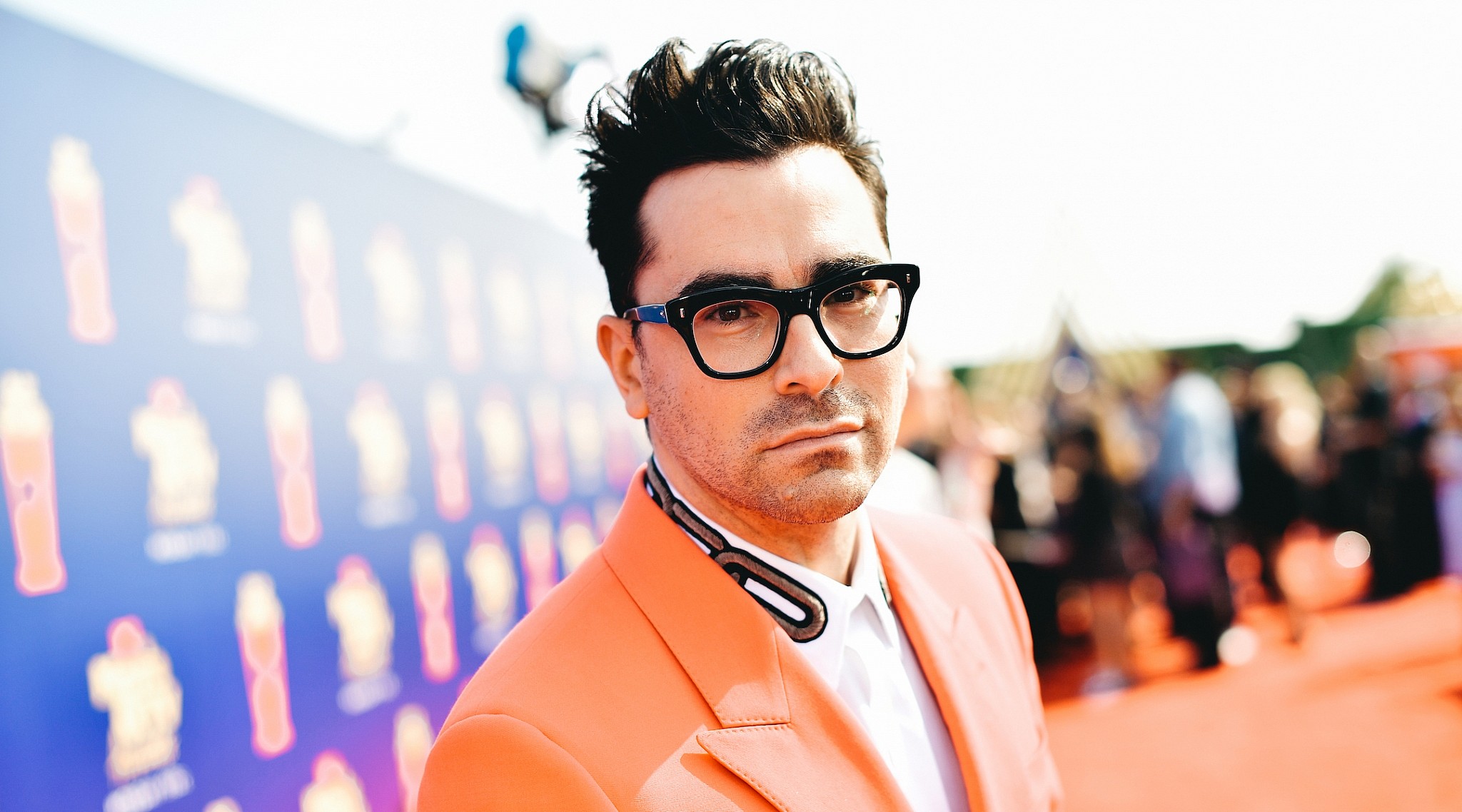 Levy started his career as one of the original seven co-hosts on the now-defunct MTV Canada flagship series MTV Live. He garnered the attention of the viewers when he hosted MTV Canada’s The After Show along with Jessi Cruickshank.

Not only this, but he also played the role of a co-host on its various incarnations, such as The Hills: The After Show and The City: Live After Show. These after-shows were streamed in the United States as well.

In which projects have Dan starred before?

Over the last couple of years, Levy has been a part of some great shows and movies. He has appeared in movies such as Cyberstalker, Admission, Stage Freight, Robot Bullies, and Happiest Season.

Dan has starred in some great shows like Schitt’s Creek, Modern Family, Dismantled, Coastal Elites, Q-Force, MTV Live, The After Show, Canada’s Smartest Person, and The Great Canadian Baking Show. He is best known for playing the role of David Rose in the comedy-drama Schitt’s Creek.